2014 was a strange time for me collecting wise.Those of you who have checked out my other blogs know that I am also an action figure collector ,and therein lies the problem.2014 proved to be a test of my collector's fortitude,teetering back and forth from toys to baseball cards and vice versa.It was damn near head wracking!What "Joe" was It going to be this week - G.I. Joe or Joe Carter?It really Is a bi-polar roller coaster ride.A question with no "right" or "wrong" answer.While the world of action figures has a firm grip on me ,I can feel myself being drawn more and more towards baseball card collecting,and exciting young players like Arenado,Altuve,Matt Harvey,Tanaka etc. have everything to do with it.Not to mention ,cards I longed for as a kid are a bit easier and cheaper to obtain these days via the Internet,so It seems like a win-win.I stopped buying packs back In 2008 ,I believe, and then Beckett went and changed up their format,erasing my organized card data base,pretty much putting a damper on the hobby for me.I haven't been back since.Id like to find some alternative,a way to list and organize my cards again without having to pay an arm and a leg In the process.Any suggestions?I guess I'll keep scooping up singles of favorite players (Rreyes,Jose Abreu,Altuve,Canseco) while doing my homework as far as figuring out what's out there now.I might just have to get over my animosity towards Beckett and pick up one of their overpriced price guides just get a feel for the market again.Until then,here are some of the singles I picked up In '14... 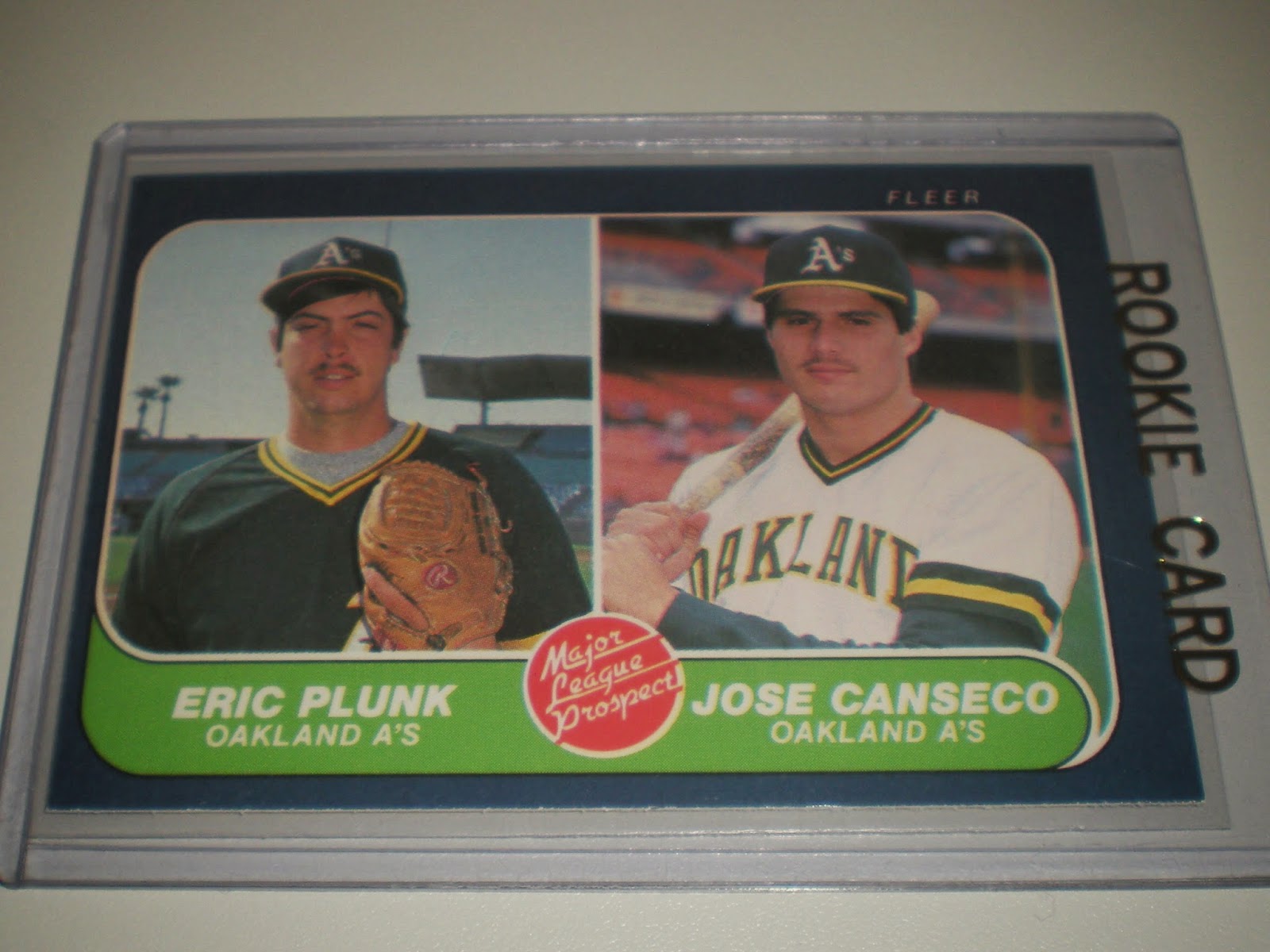 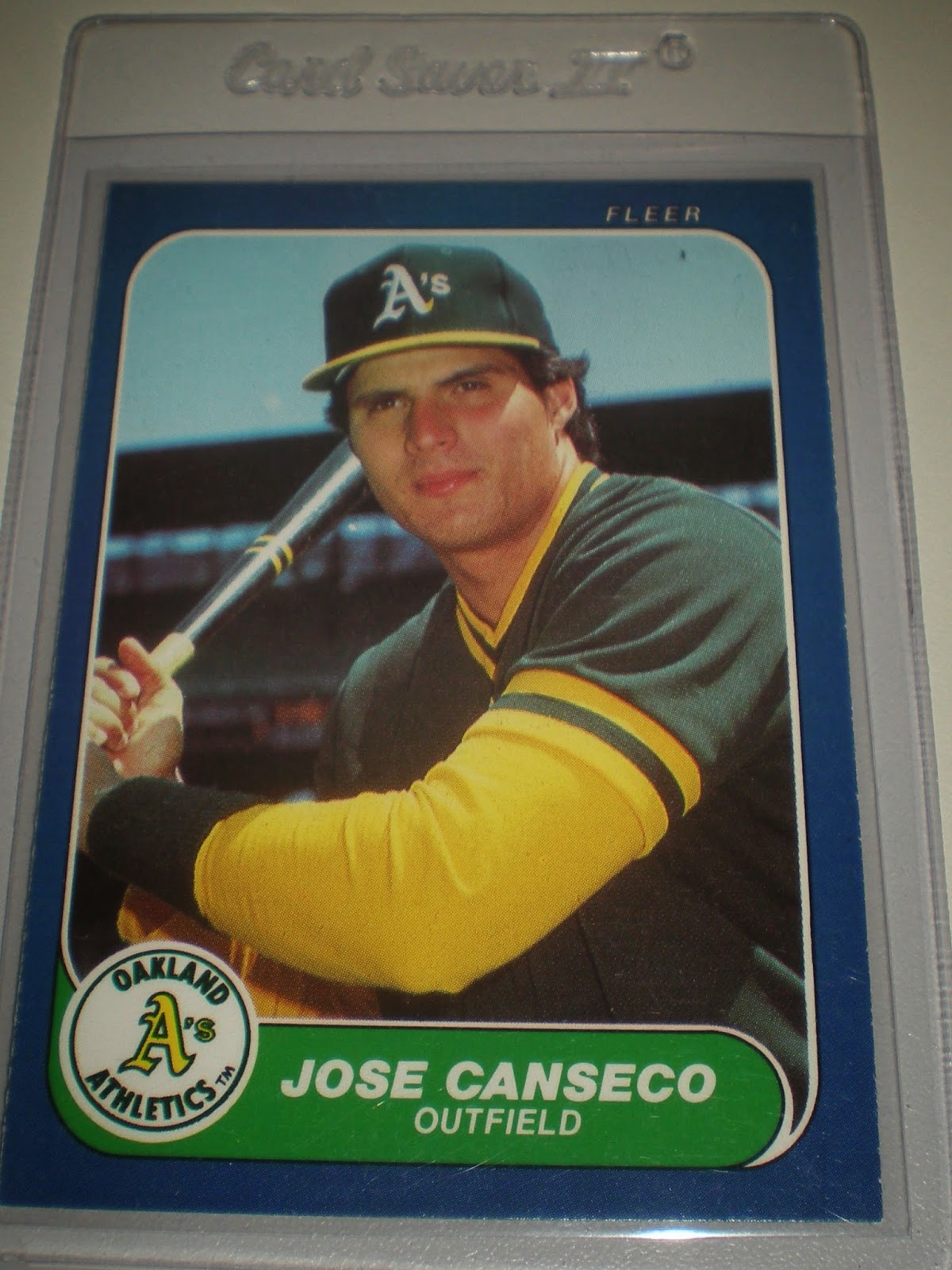 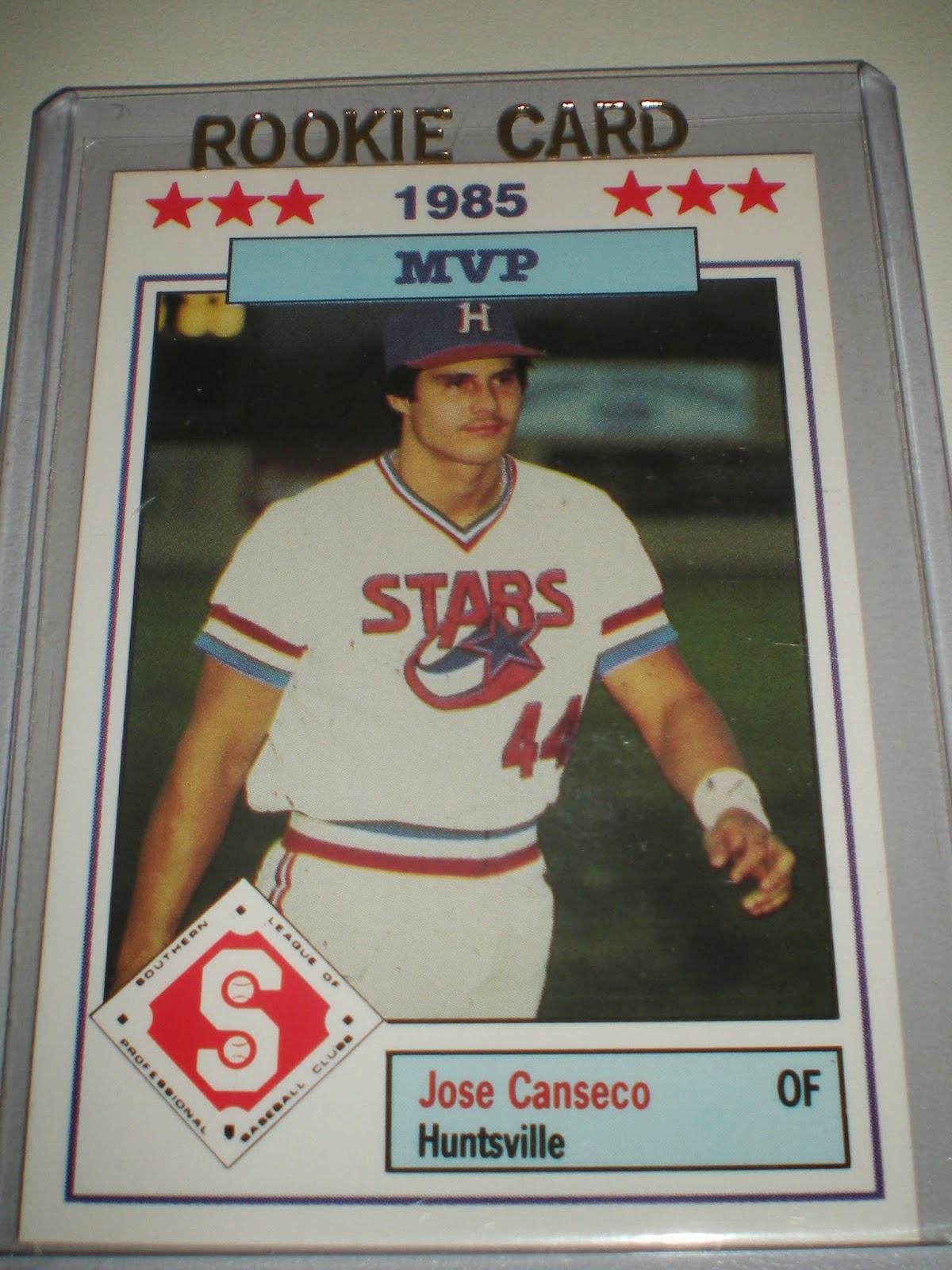 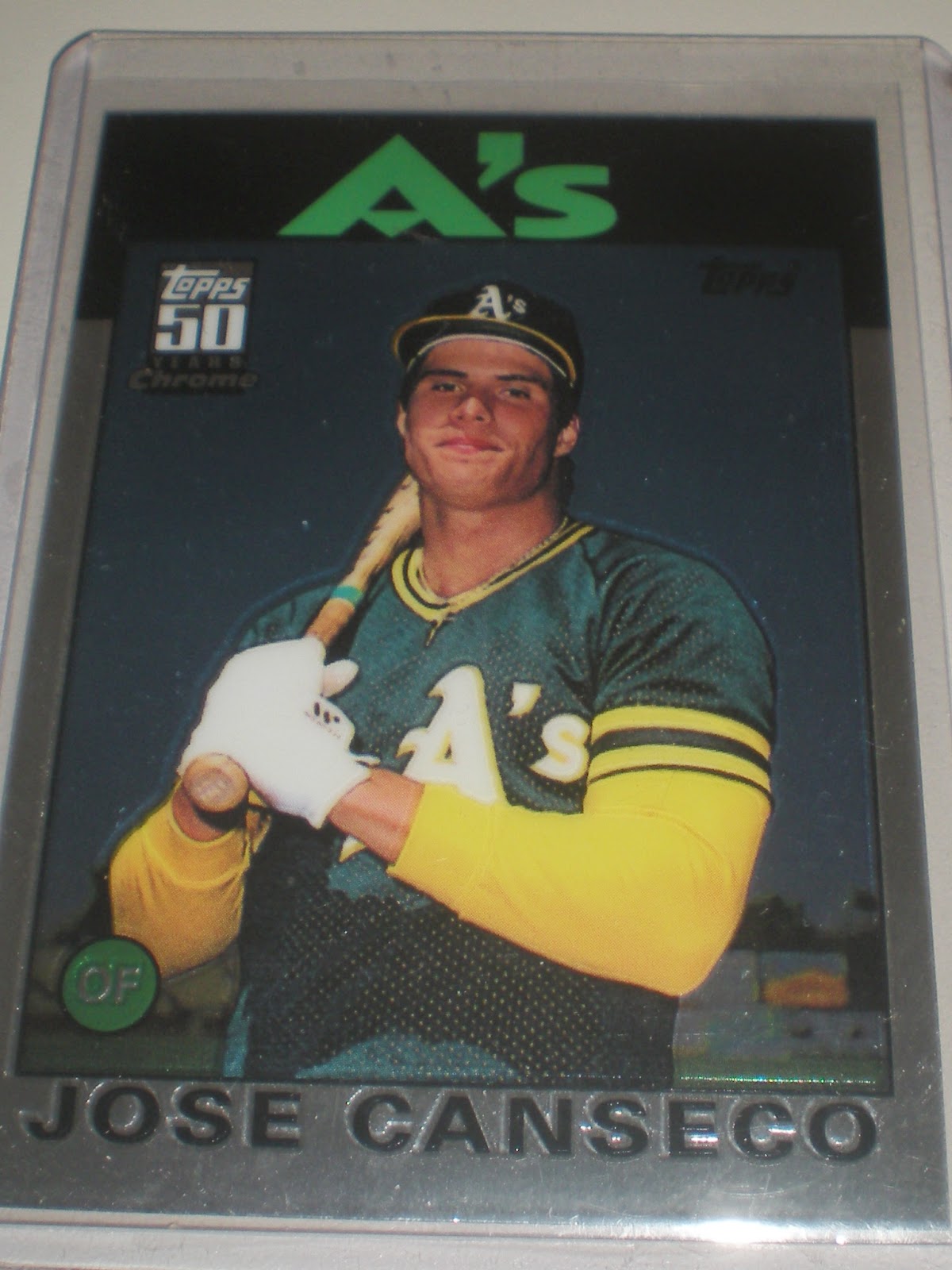 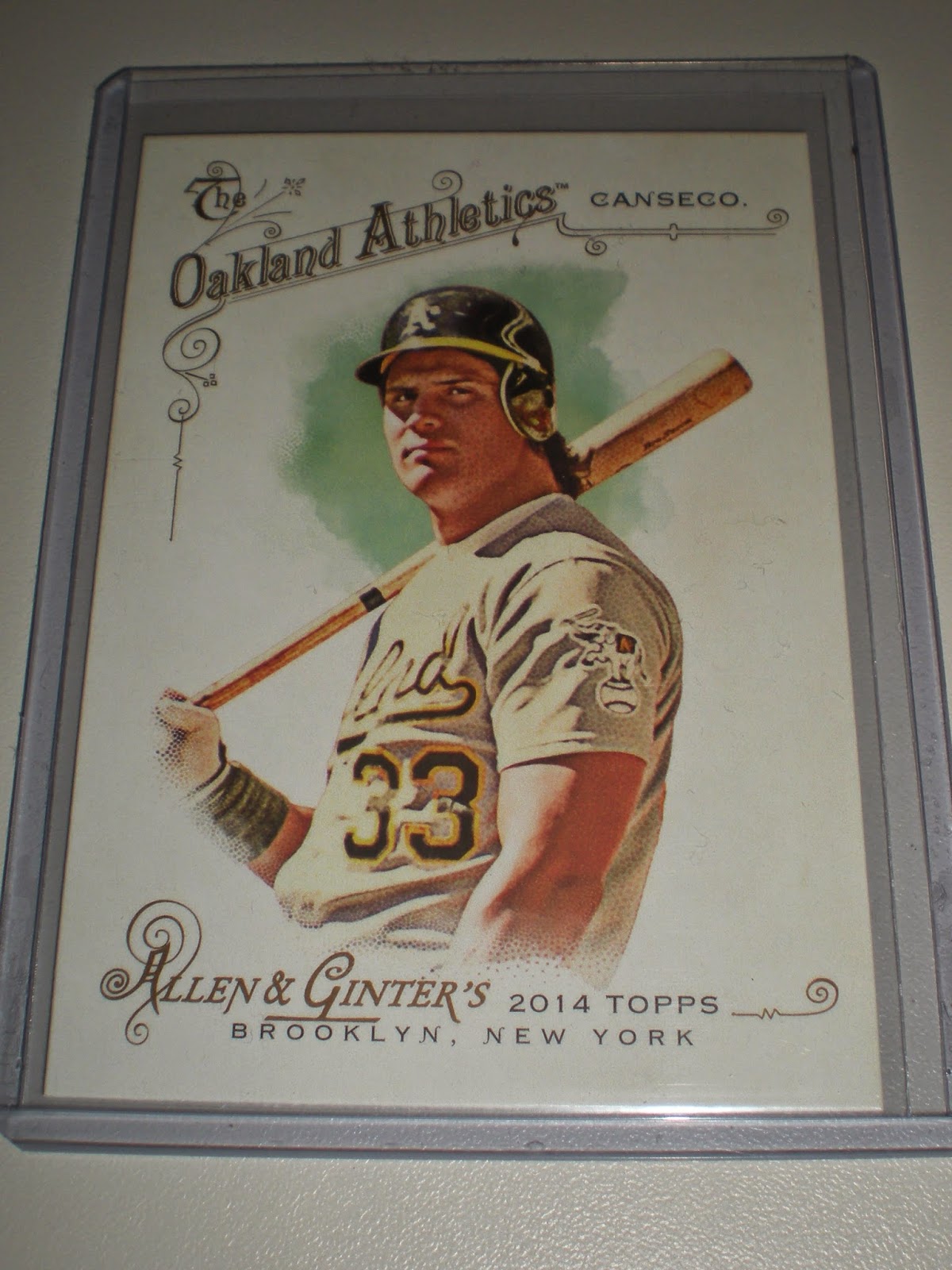 I won't hide the fact that I am still a  fan.Because let's face it,nobody looks better on a baseball card than  Jose Canseco - O.K. I take that back,Kate Upton has him beat,but J.C. comes In at number 2 on that list   ;) 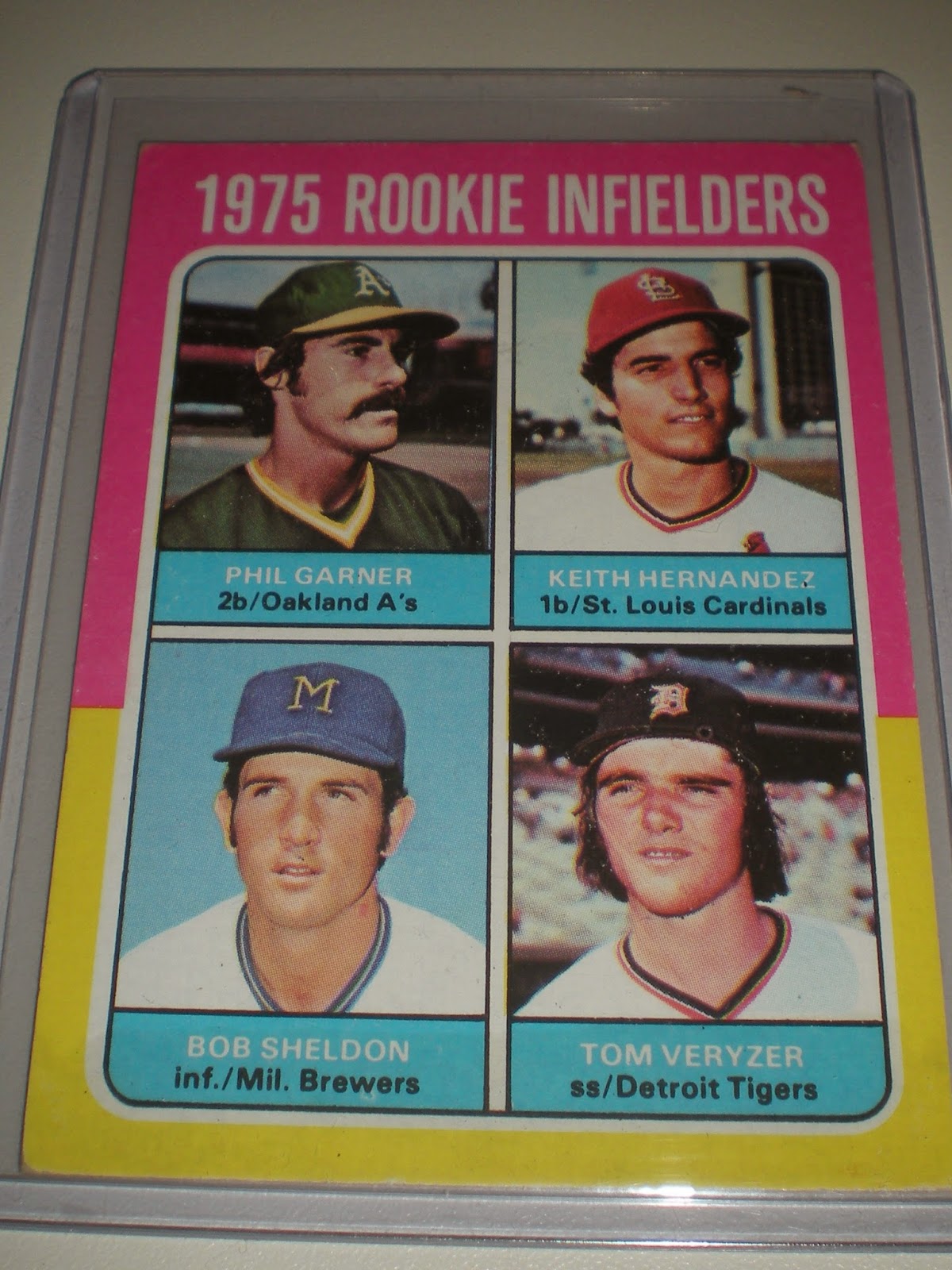 Keith Hernandez was always a favorite ,but has grown on me listening to him call Mets games with Darling and Gary Cohen. 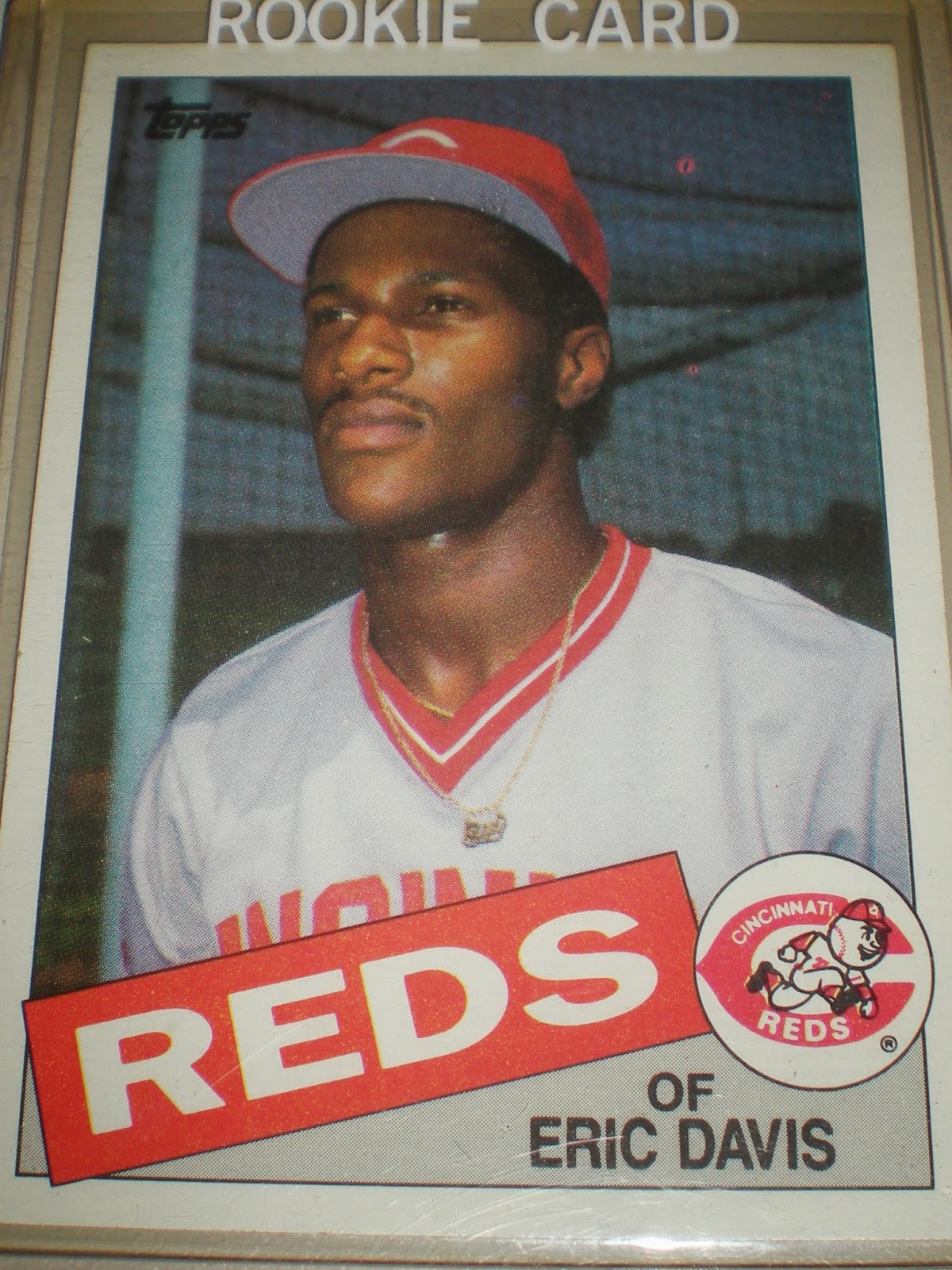 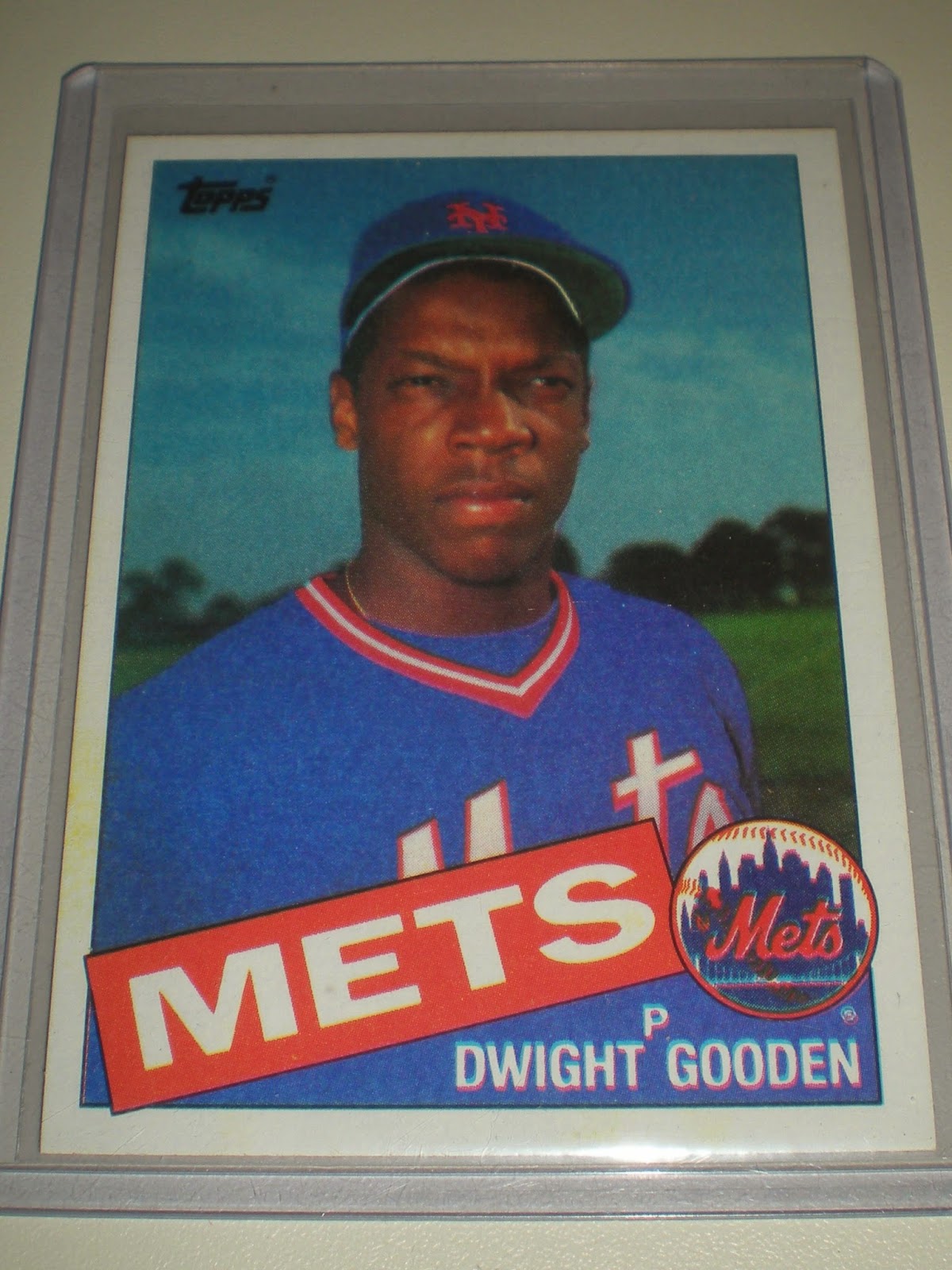 1985 Topps baseball cards seemed so expensive and were hard to come by as a kid.This Is a set I'll be adding more players from In the near future. 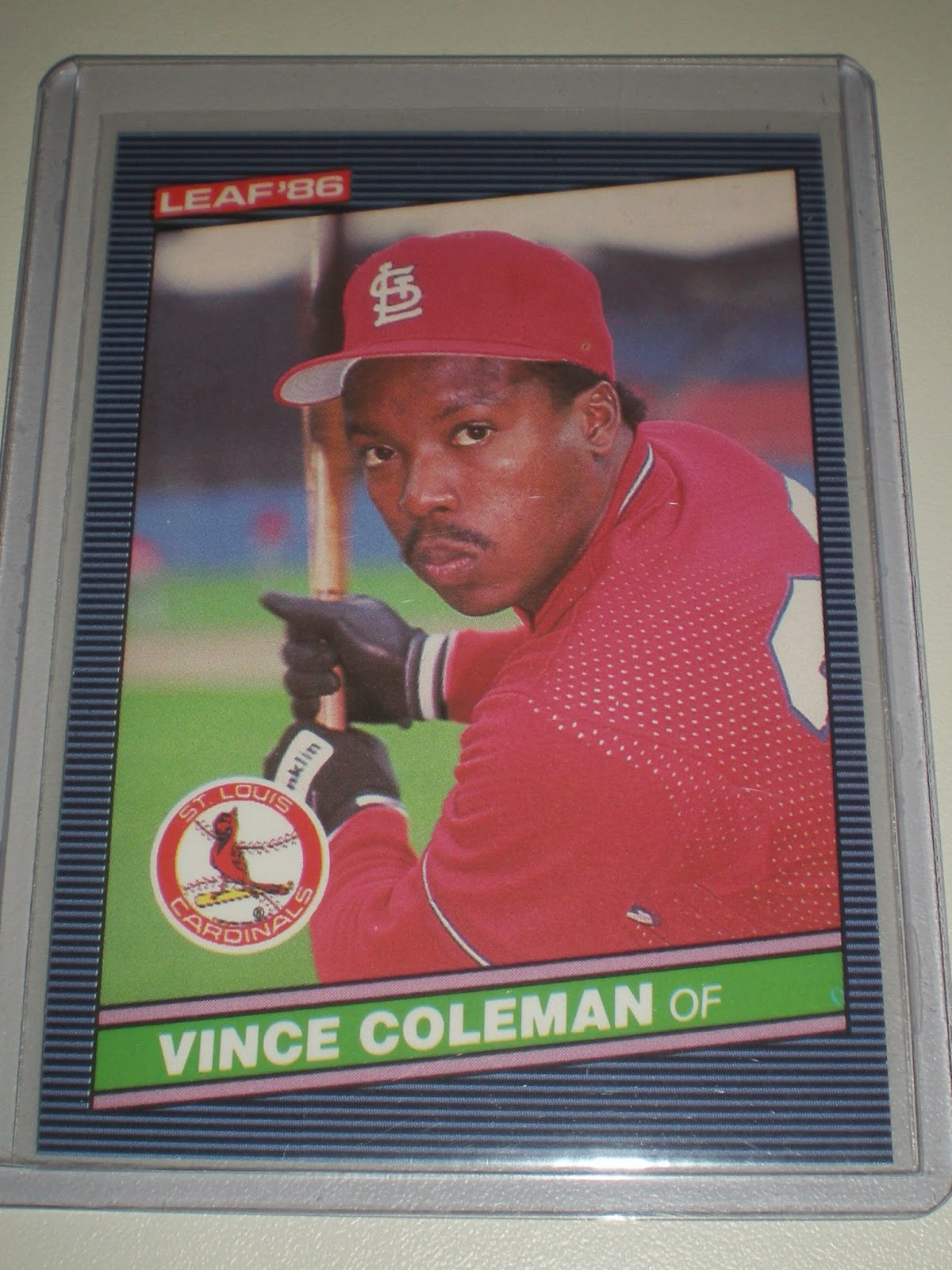 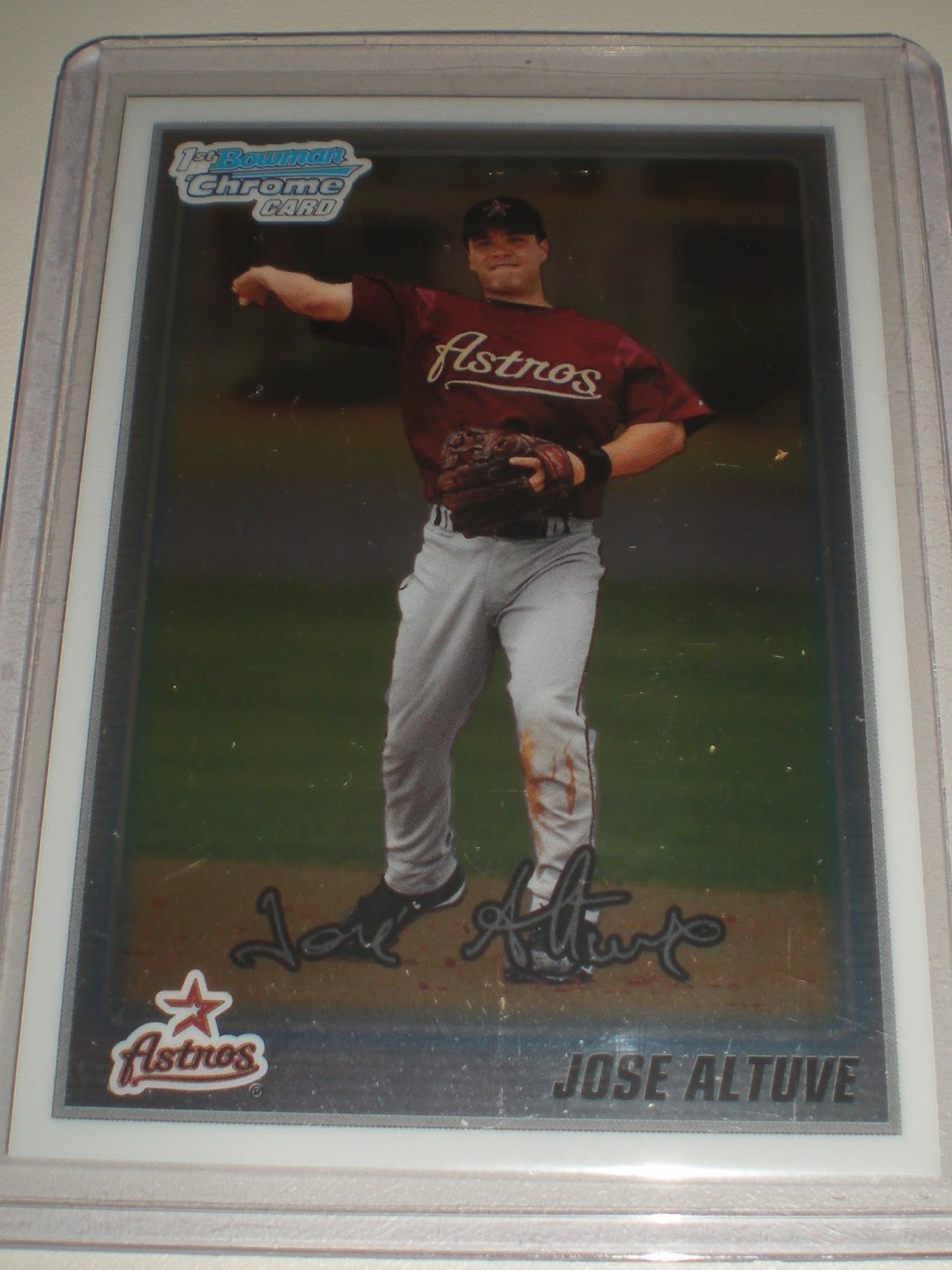 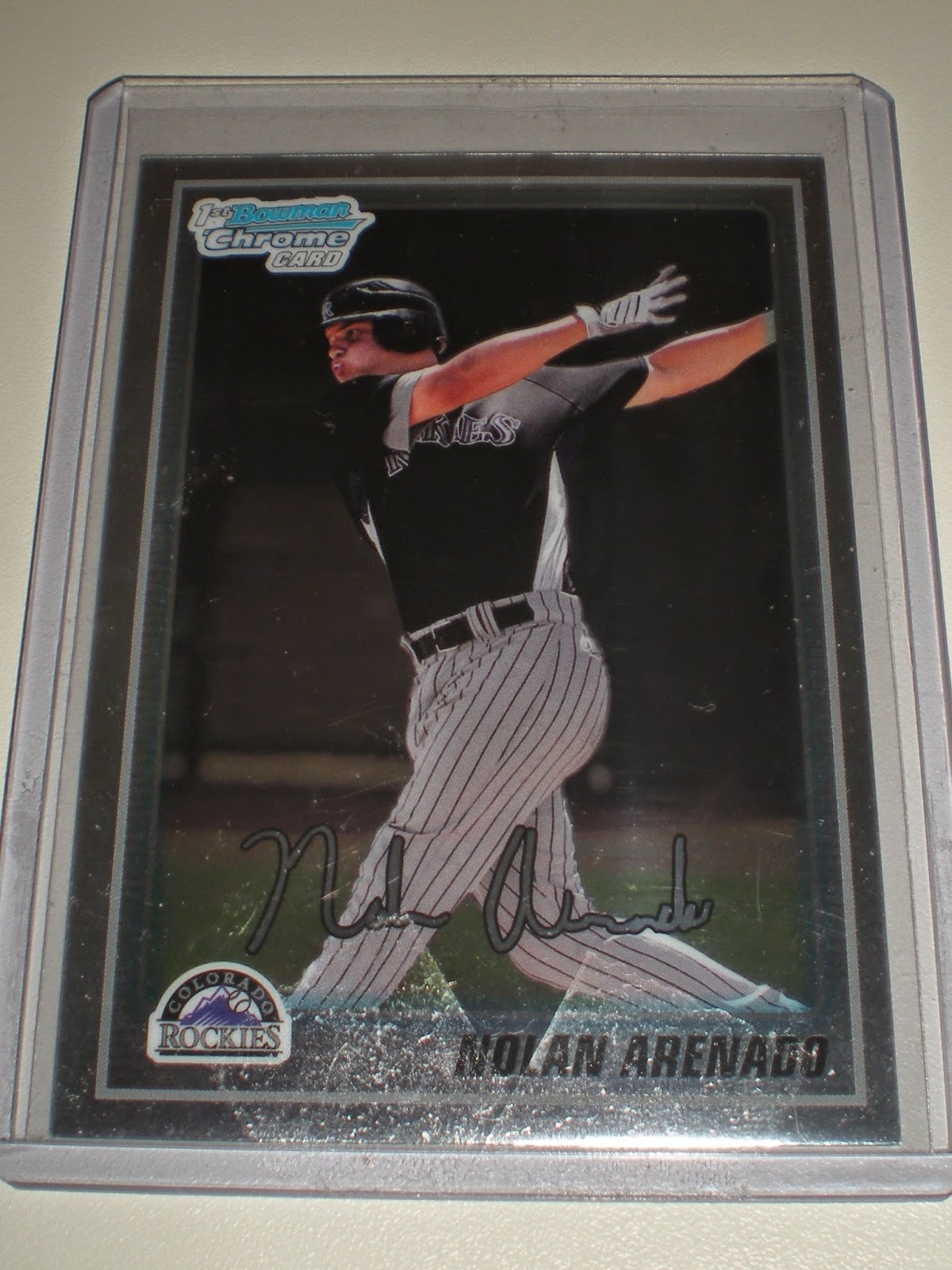 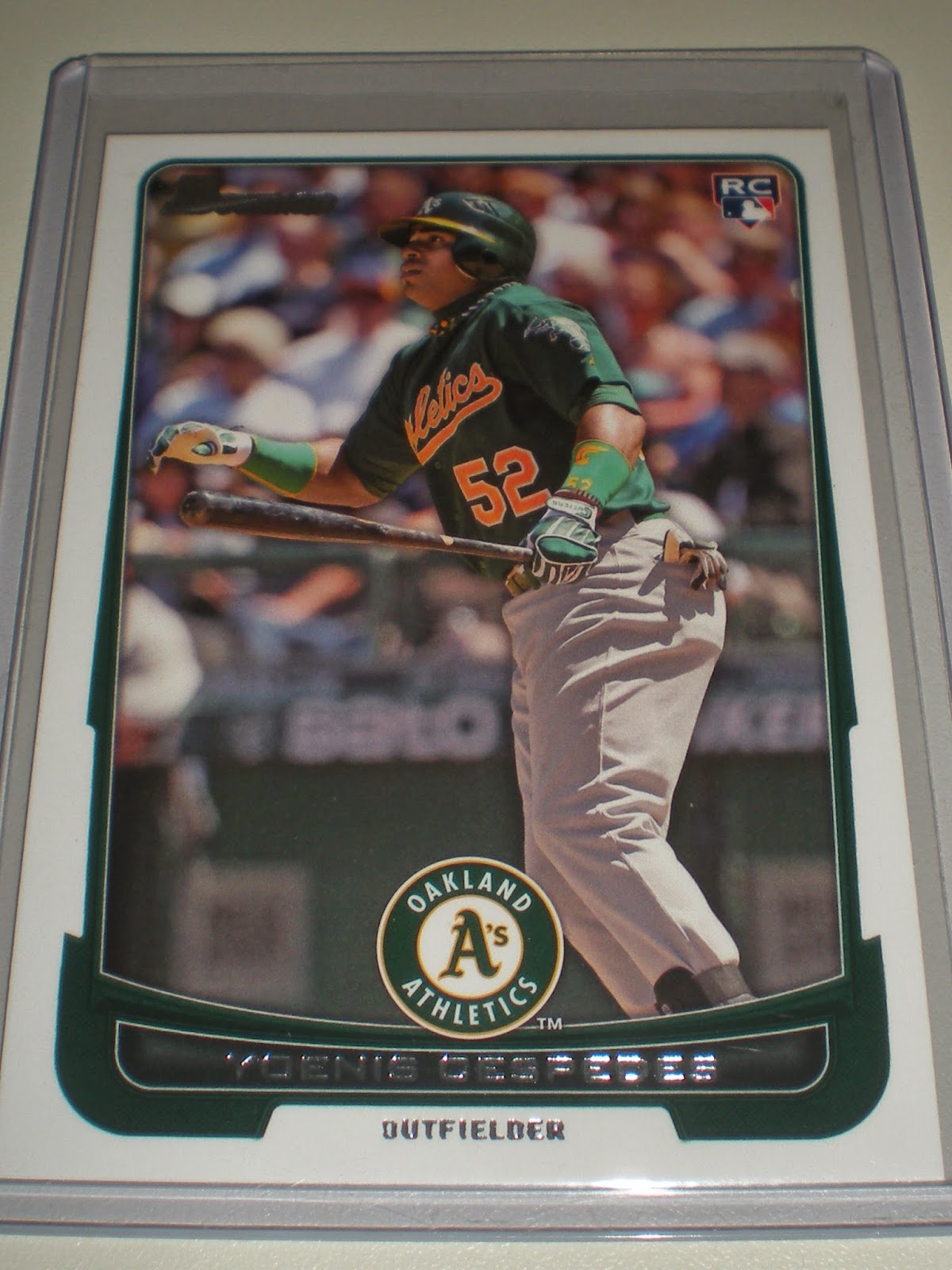 If I really like a player ,I have to own their rookie card.It's a given.I don't think the Cespedes Is a true RC ,but a cool card nonetheless. 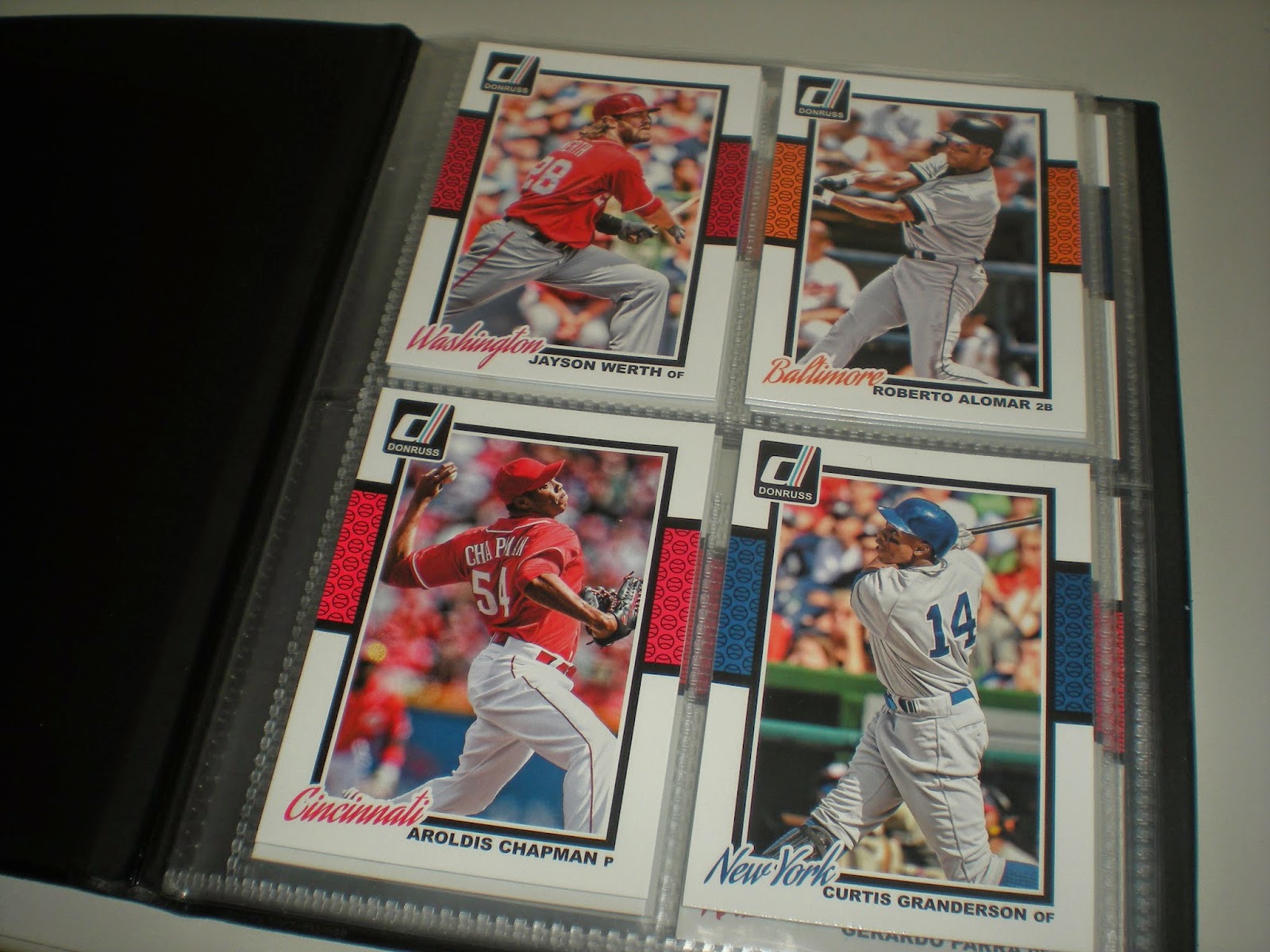 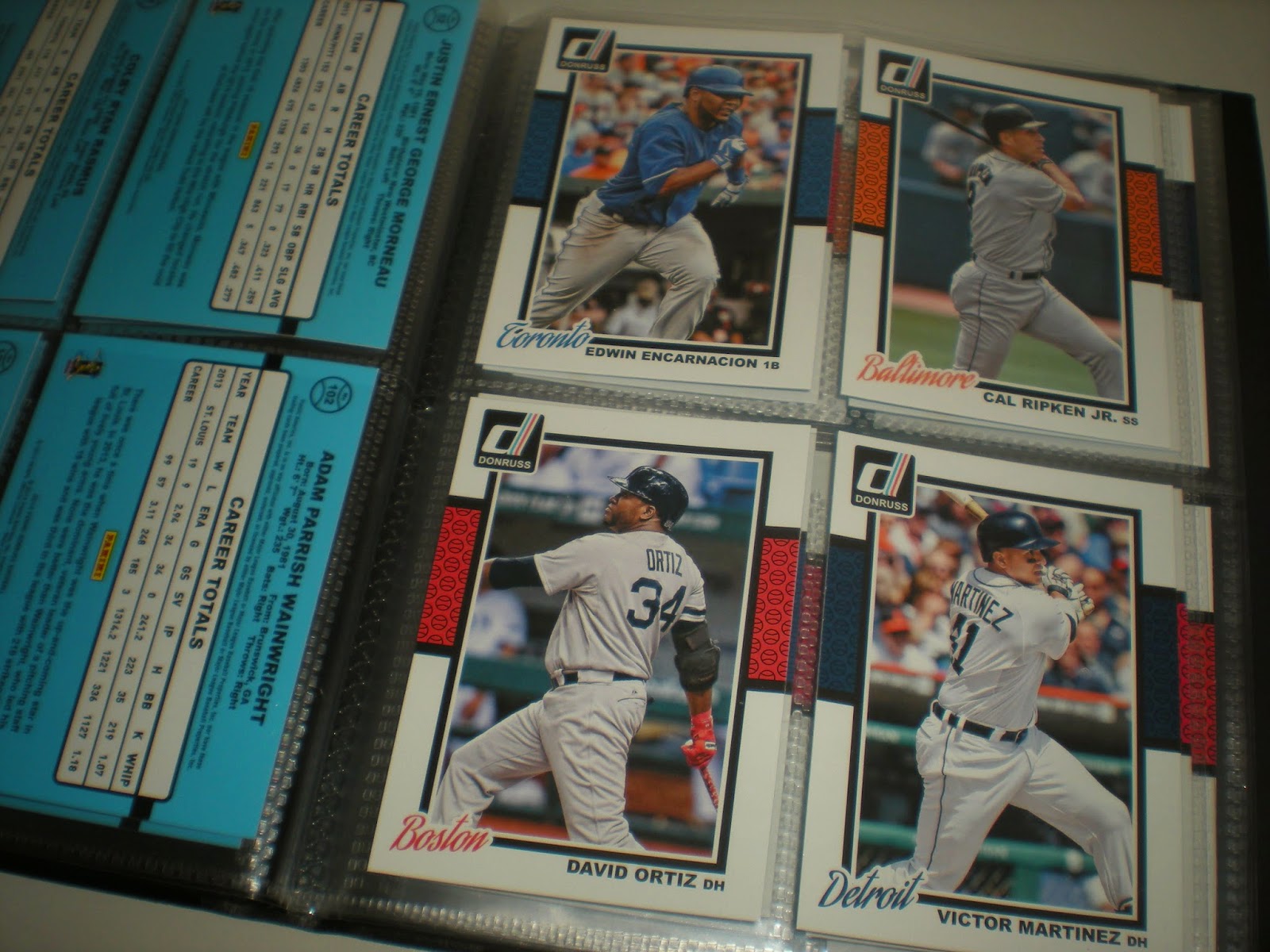 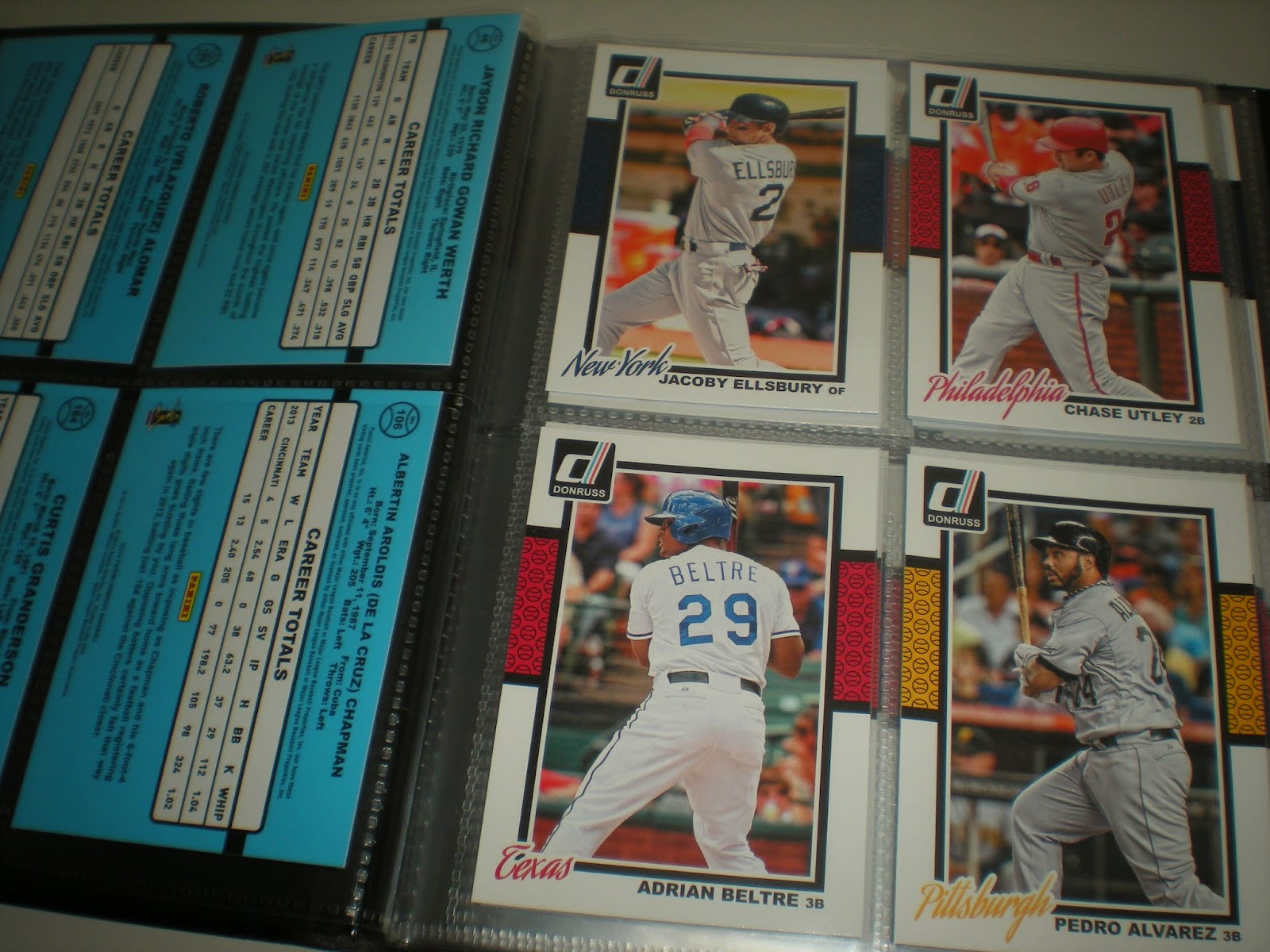 Drum roll please!Guess what?I love 2014 Panini Donruss!I really do.I've only picked up a couple of packs but at some point will add more.If anyone has a few they'd like to unload let me know. I have yet to complete a baseball card trade online so this would make It my first.Well,there you have it.Not a wowing list of cards but a list nonetheless.2015 wants consist of  mostly Mets pitchers like Harvey and Degrom along with outfielder Lagares.I'll also be adding more Jose Abreu's and Cansecos.I'm not sure what I'll be picking up pack wise as I'm still not 100% hip to whats hot/not.I'd like to thank those of you who have taken the time to stop by Tony's Sports Pub ,which was a real ghost town as of late,and wish everybody a Happy New Year ;)