Favorite Card Of The Day!

My dad and I have been watching Met games together for as long as I can remember.It's also customary for us to give Met players nick names.I know It sounds like such a vain and juvenile thing to do,but we did It,and we  had fun doing It.When Michael Tucker played for us,his nickname was Goliath ,after a miniature Doberman we used to own  who has since passed on and is In doggie heaven now.We renamed Luis Castillo ,"Cast-ilio" which Is how some announcers would butcher his last name on occasion.Remember Chris Carter?Well he was nicknamed "Sean" because of how much he resembled a guy named "Sean" that my sister was dating at the time.There are lots more but one of the funniest was  Gregg Jefferies,who we famously dubbed "Jennifer".You see I had a cousin named Jennifer who was short and stout with  black hair,fairly husky for a 12 year old.I know It sounds bad but I once told my dad that she reminded me of Gregg Jefferies and ever since, the nickname has stuck,lol.Jokes aside,we loved watching Jefferies hit and he quickly became a favorite of mine.He wasn't a long armed bruiser at the plate,but his short strokes and compact swing generated   pop!Jefferies wasn't a big home run guy but he hit some serious screamers,laser beaming live drives to left field regularly.This 1989 Topps Future Star card Is by far my favorite Jefferies ,followed by his '88 Donruss and Fleer. 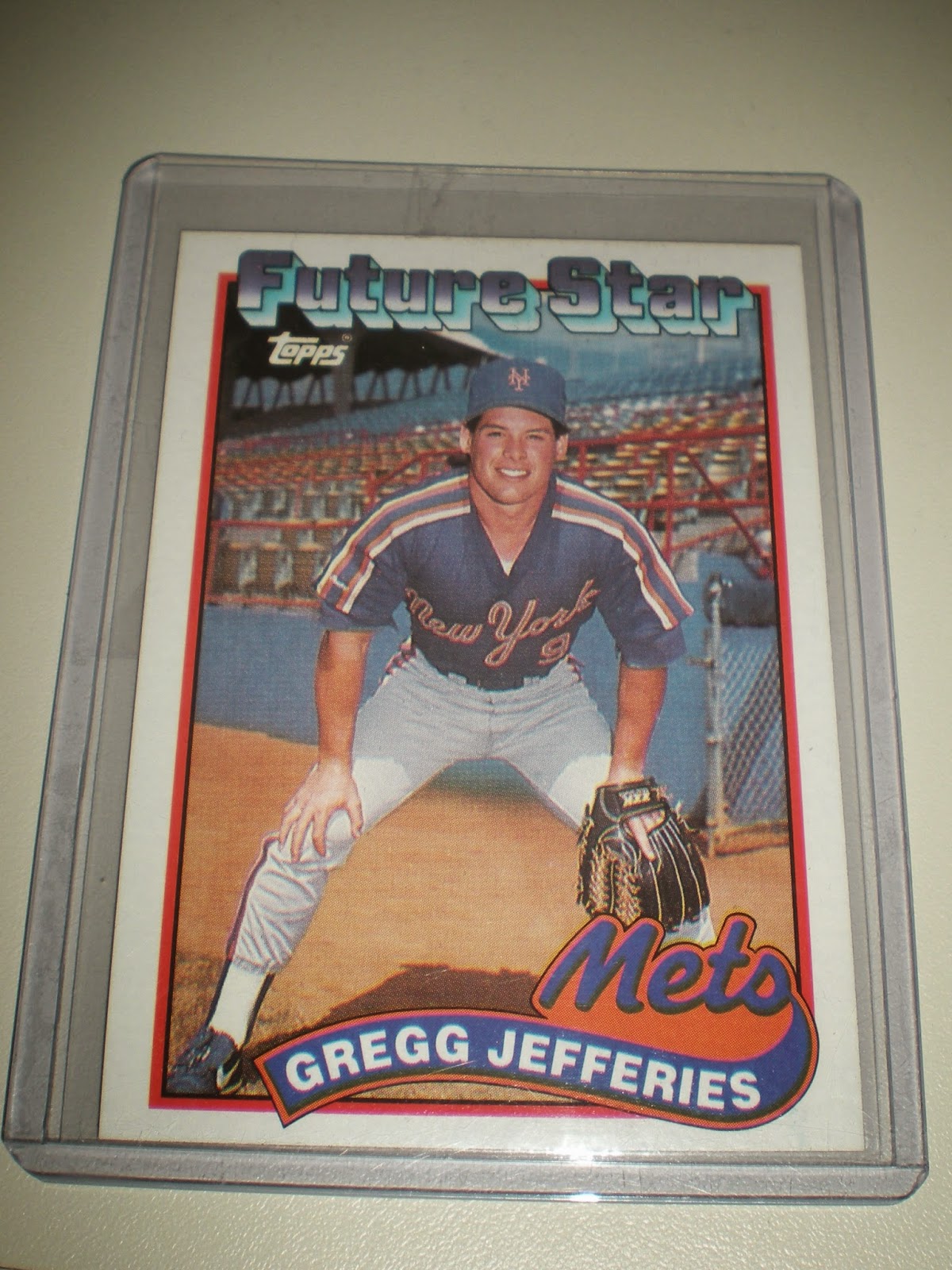