I'm one of those people who tend to drop the occasional expletive when expressing their excitement.Today,was an expletive filled one,as I have been fortunate enough to cross paths with fellow sports card blogger ,Matt from Bob Walk The Plank,and receive an amazing assortment of cards via  a trade  we initiated about a week ago.I'm fairly new to the   sports card blogisphere, and Matt was cool enough to  be one of the first few to comment on "The Pub" as well as  assist me in completing my first ever baseball card trade online!I still feel indebted to Bob Walk The Plank as the contents of  this generous trade package truly exceeded my expectations.Thank you so much Matt and I can assure you first crack at any and everything Pirate related that I happen to come across In my travels ;) This beautiful Bowman Chrome Travis d'Arnaud parallel  was the centerpiece of the trade.Since I am recently starting to collect again,cards like this are always a nice addition.I seem to have gotten the bug because now I want more d'Arnaud 's.Besides,I can finally write his last name without having to look at his baseball card. 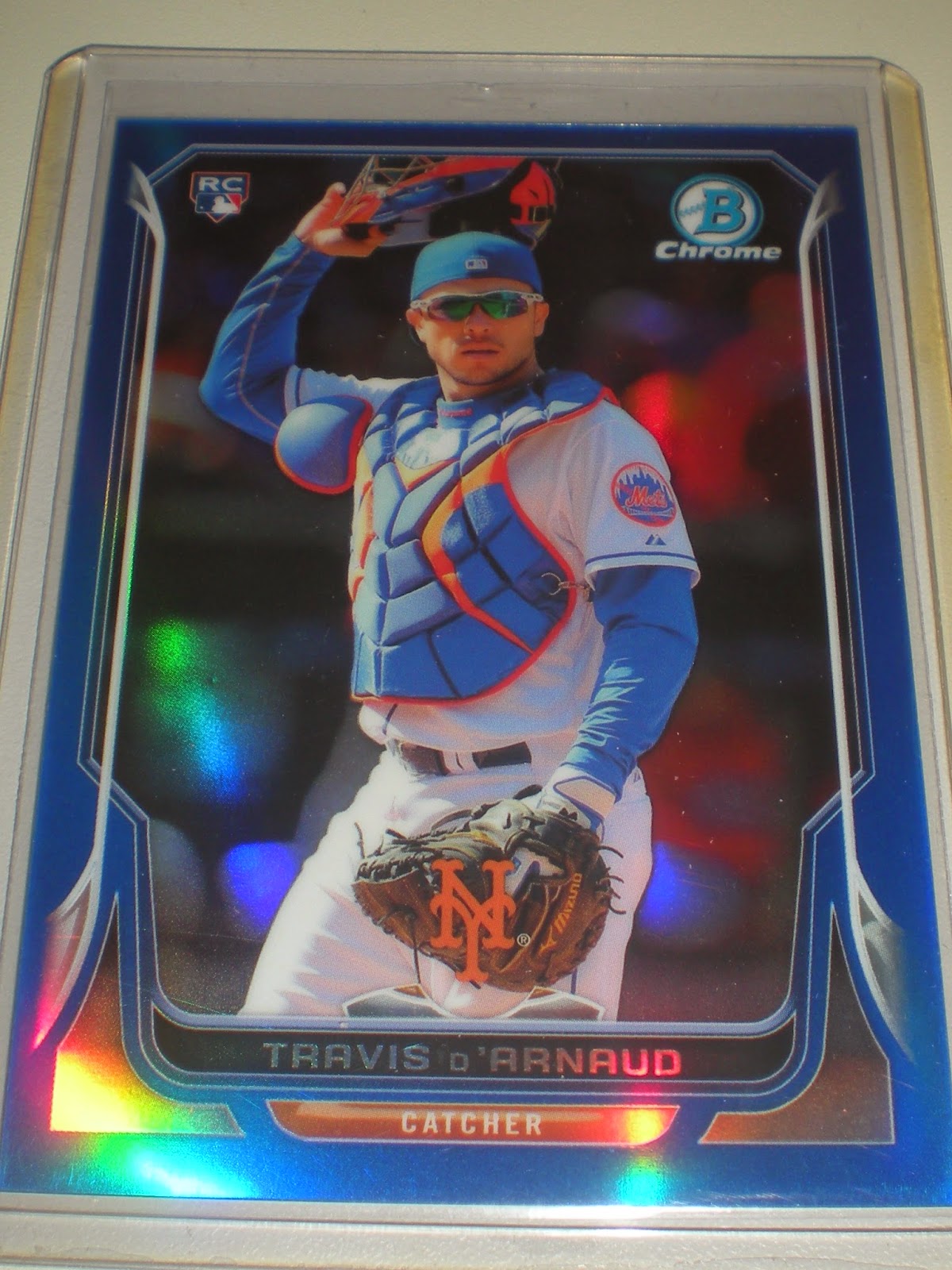 Jordany Valdespin was a nice little player  until attitude and various altercations got the best of him. Valdespin Is currently a Marlin. Love the card though! 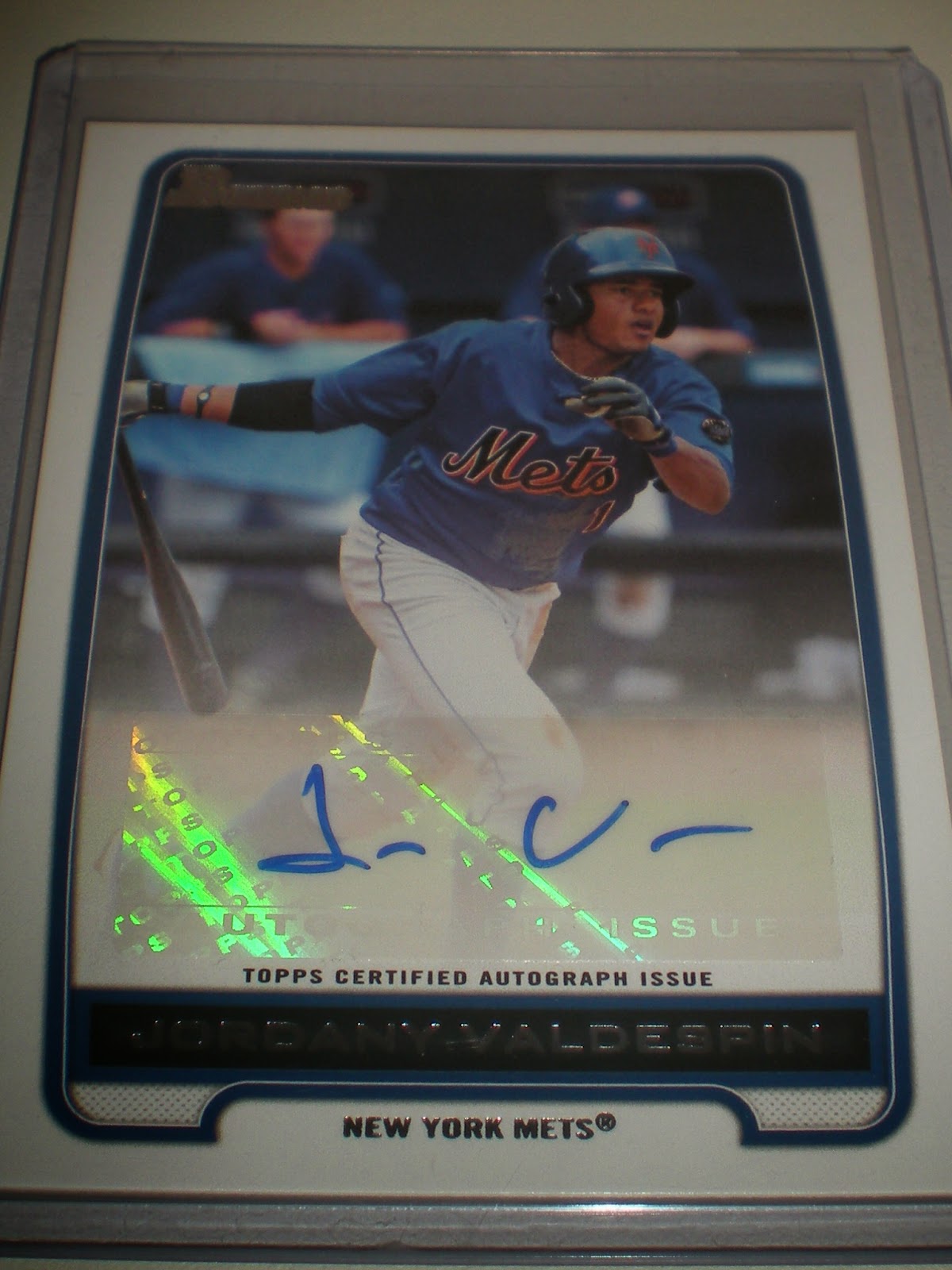 This next card Is a 2009 Bobby Parnell Topps Finest Auto Patch numbered 50/75.At first glance,I hadn't realized that the patch was autographed.Then I realized It was numbered 50/75.Then came the expletives. 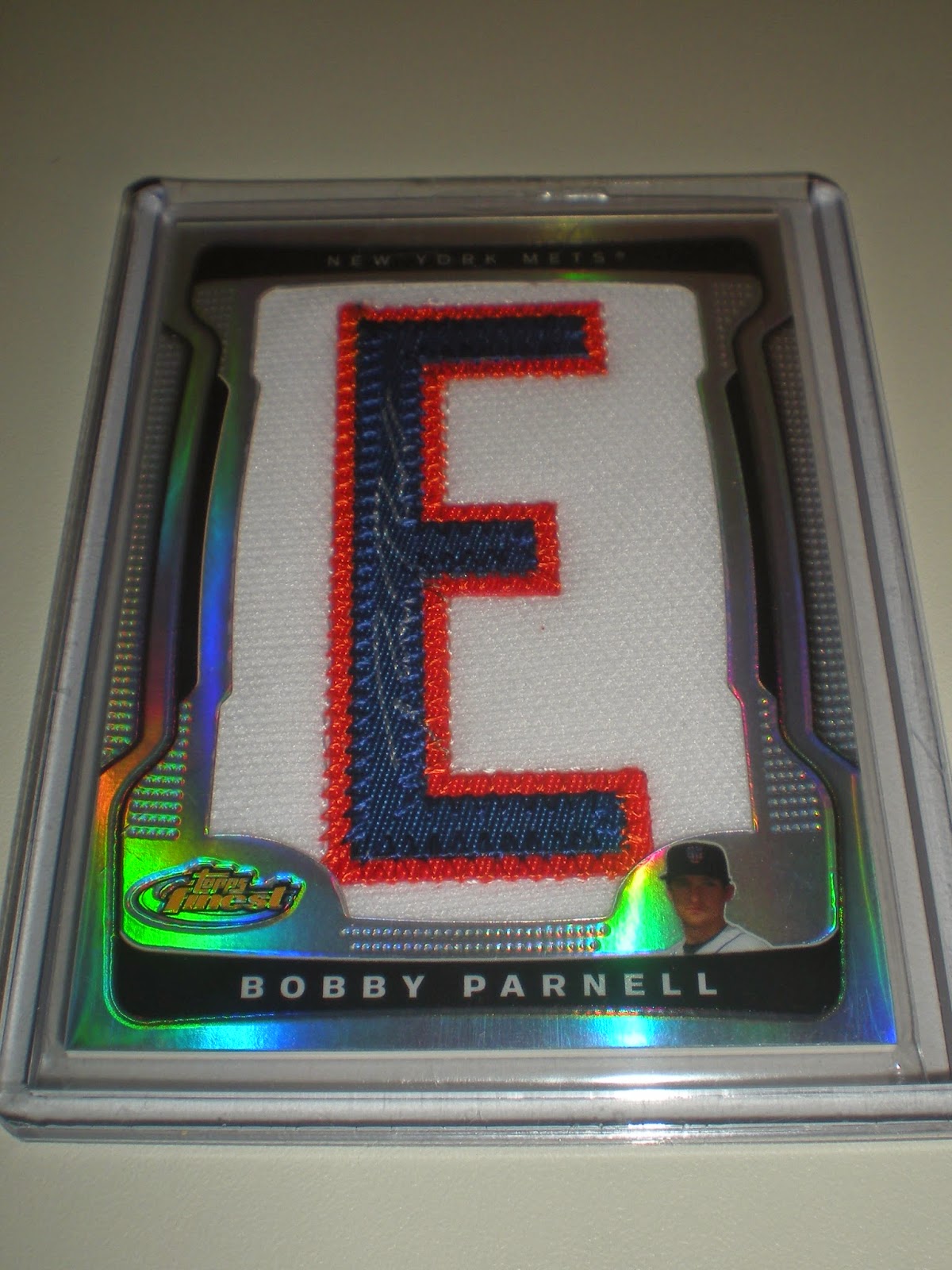 Allen & Ginter was a brand I stayed away from since their 2006 revival.I loved the way they looked but was too hooked on Bowman Draft and Turkey Red at the time.I'm probably In the "Met fan" minority when I say that I  actually liked the signing of Gary Sheffield.At the time we really needed a power bat and Gary provided some pop and excitement  ,hitting his 500th HR In Citi Field.Paul Lo Duca Is the shizz,period.I loved him as a Met and hope Travis d can pick up where he left off. 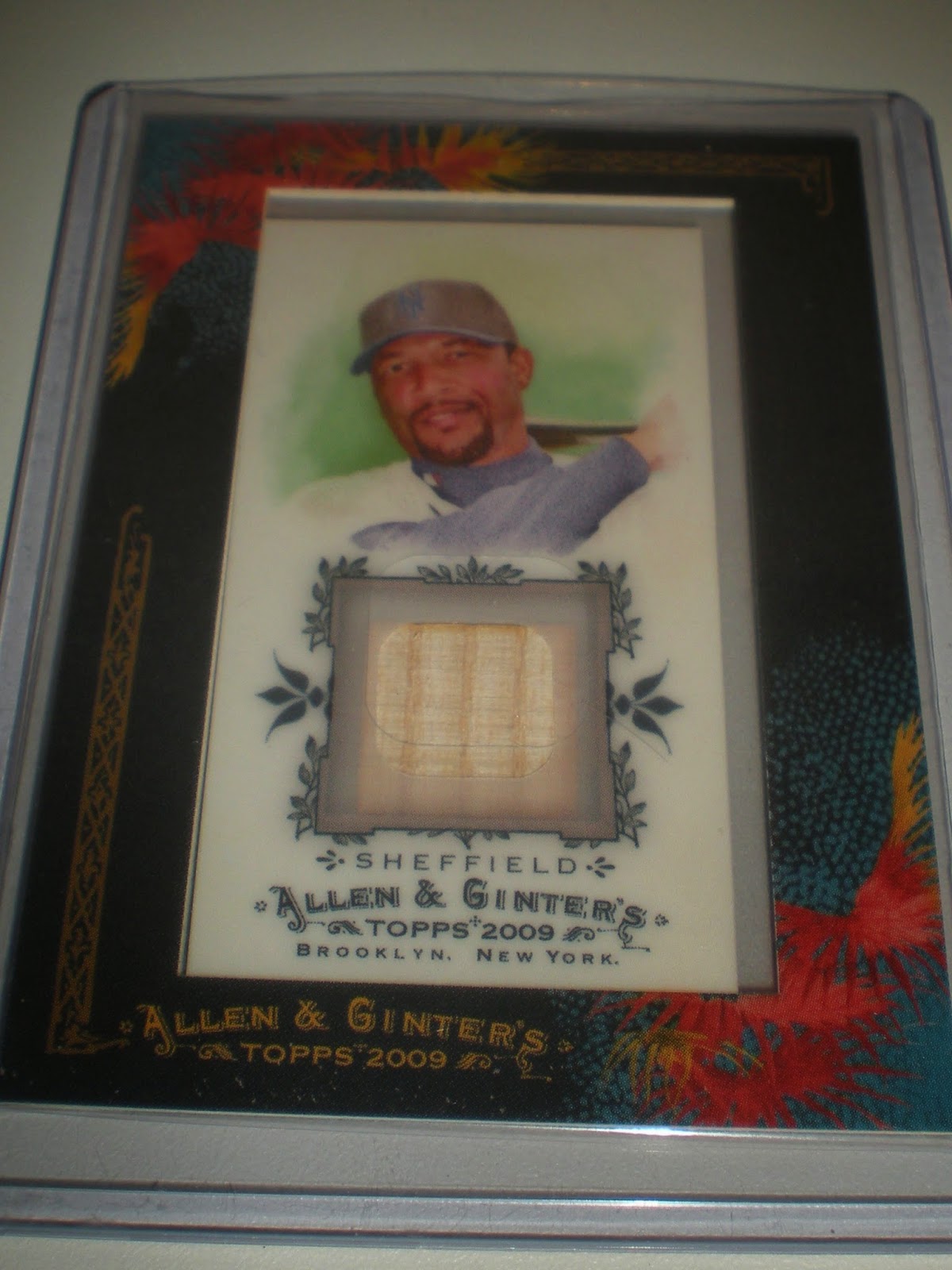 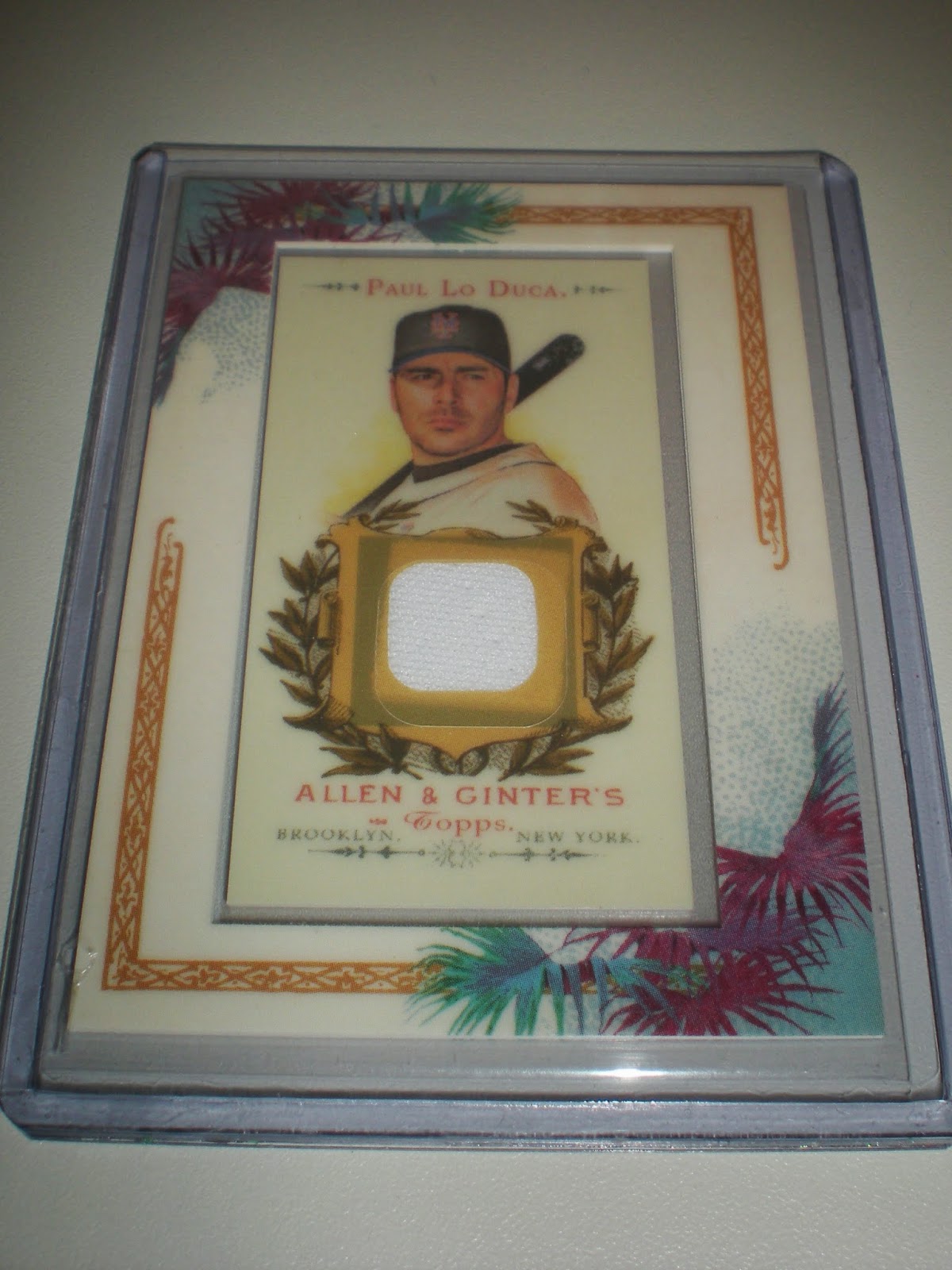 Billy Wagner was such a gamer.If I could choose one word to describe him It would be "fearless".No worries when Wags came out of the pen to seal one up for the Metsies. 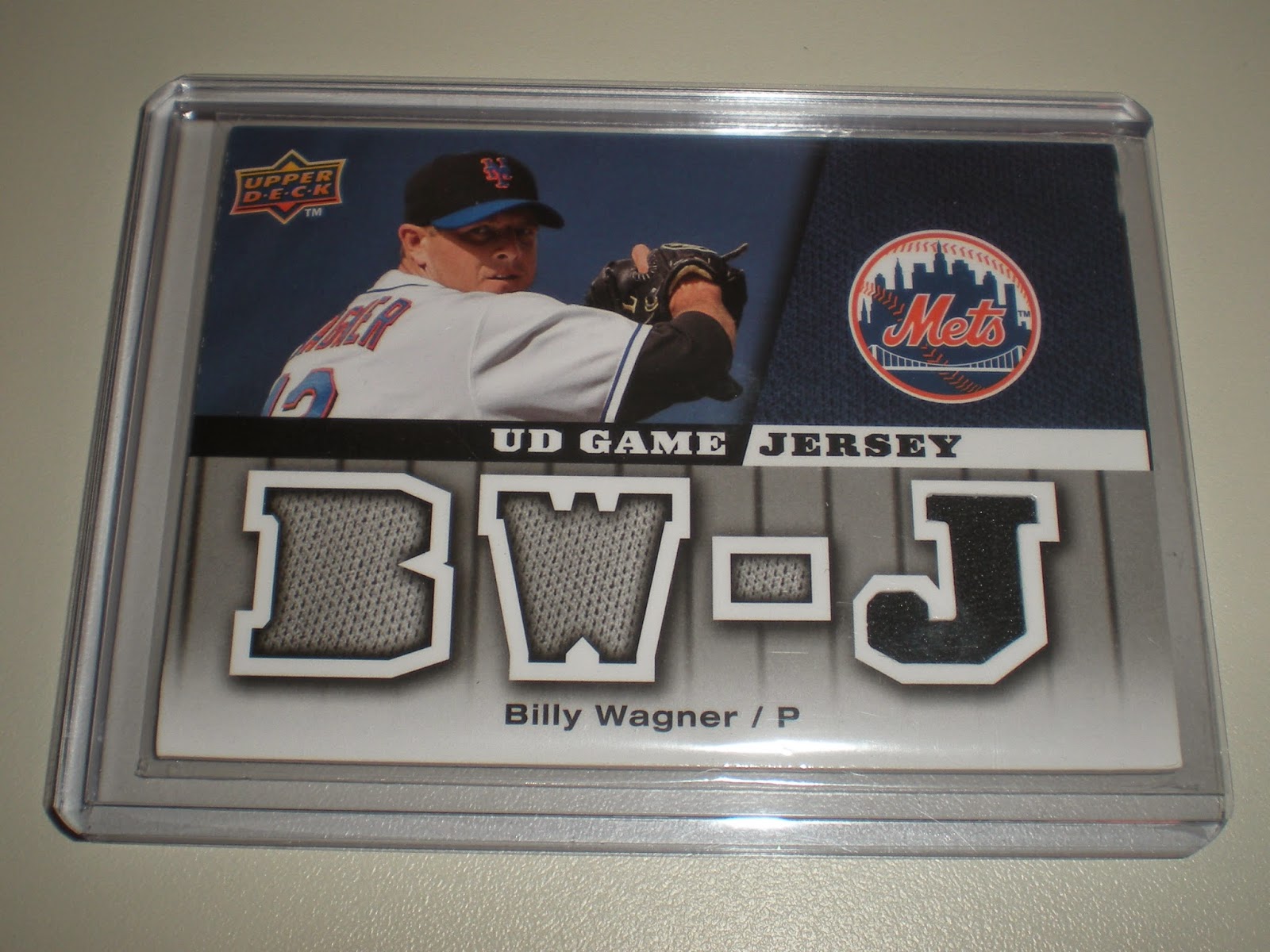 Wrapping up this first part of a two part post,we have Kaz Matsui.Matsui was solid with the Mets and provided speed and a good glove. 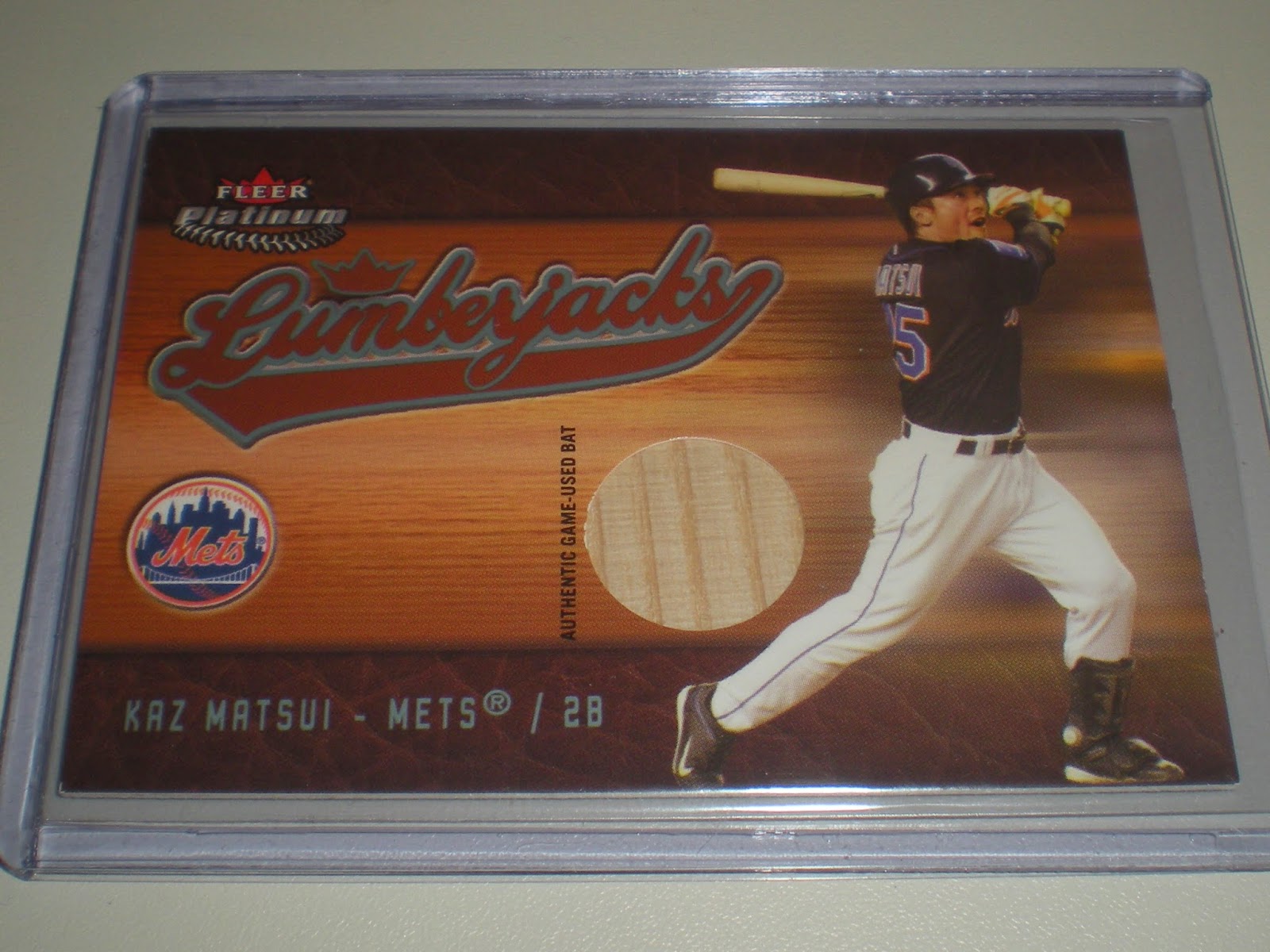 Tomorrow I'll be posting part two of  my trade with Matt over at Bob Walk The Plank ,really the meat and potatoes of an overall awesome trade package.Stay tuned!