Favorite Card Of The Day!

The XRC!As a kid,these were what separated the men from the boys.I say this because you were considered to be "Da Man" If you were fortunate enough to own a players extended rookie card.An 89 Topps Walt Weiss was cool to have,but easy to obtain.Having a players XRC from an Update or Traded set meant that you had to do some leg work to get over to your closest hobby shop to either ask the vendor to break up a set for you or special order a factory sealed box.You couldn't find traded sets or packs at your nearest, neighborhood corner stores so you literally had to go the extra mile If you wanted some of that Topps Traded goodness.Known more for his defense,Walt Weiss was the third Oakland Athletics player In a row to receive ROY honors In 1988 (Canseco '86,McGwire '87). 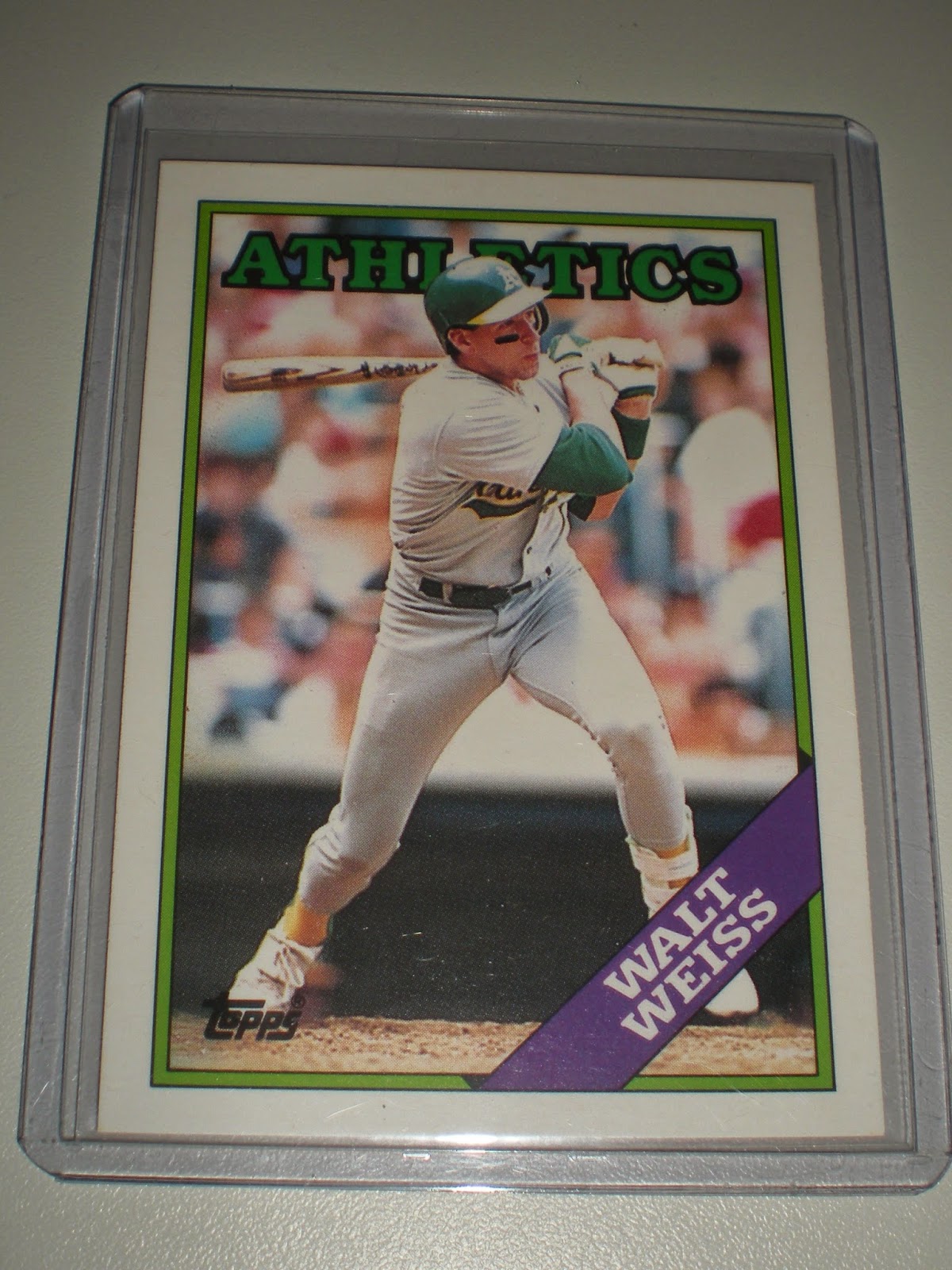