Around the time NY became relevant In the N.L. East ,there was lots of buzz surrounding the farm system Minaya , then G.M. , had put together.Hopes were high for Omar's "golden child" ,Fernando Martinez.Slated to be the next Manny Ramirez ,from the left side,Martinez was thrust into the spotlight prematurely and  never really adapted to major league pitching. I think they even mentioned Ted Williams once In the same breath when analyzing Fernando's swing, lol!It's a shame because I'm pretty sure I overpaid for most of his cards,back before the minor league legend became a major league myth. 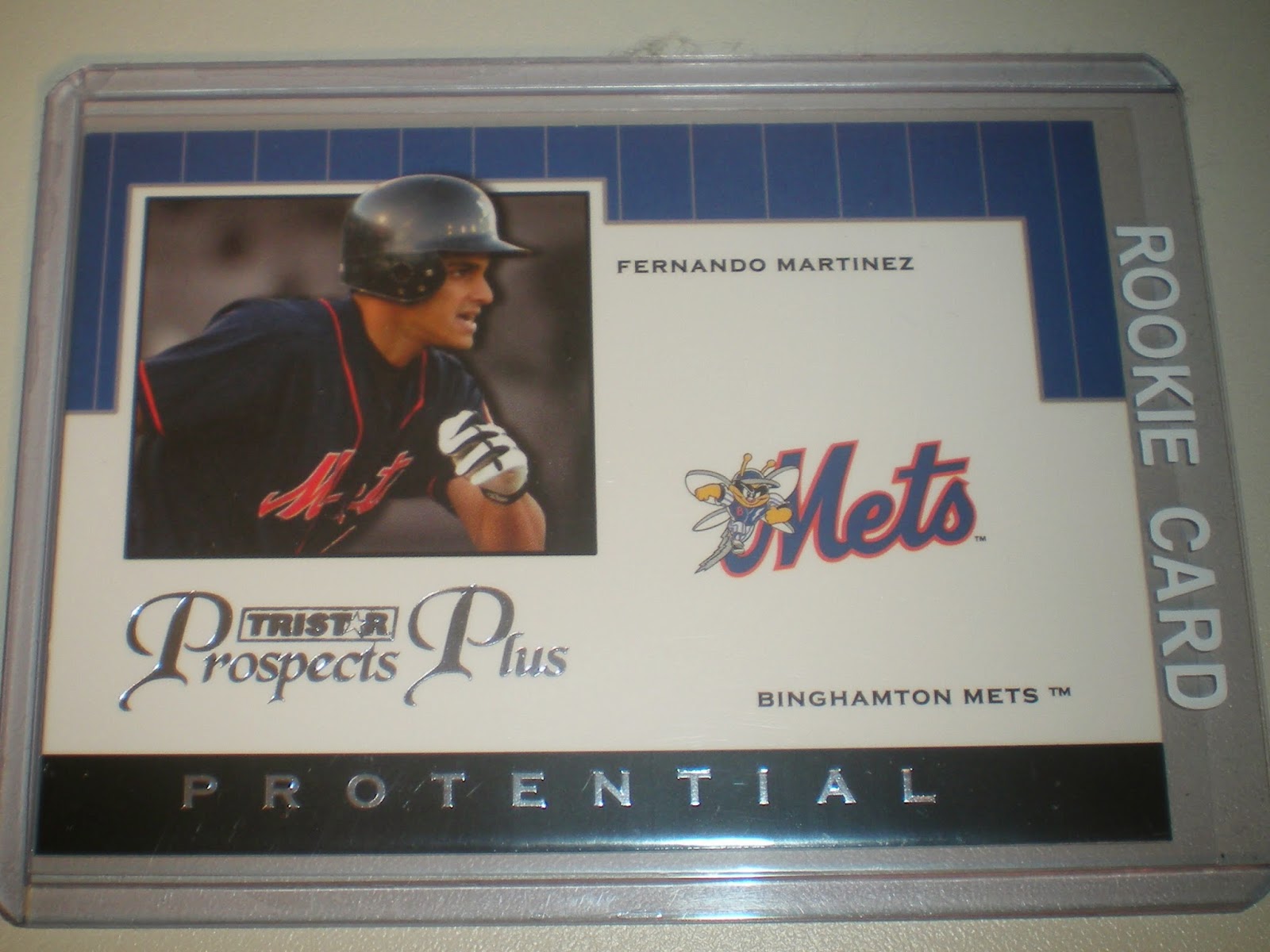 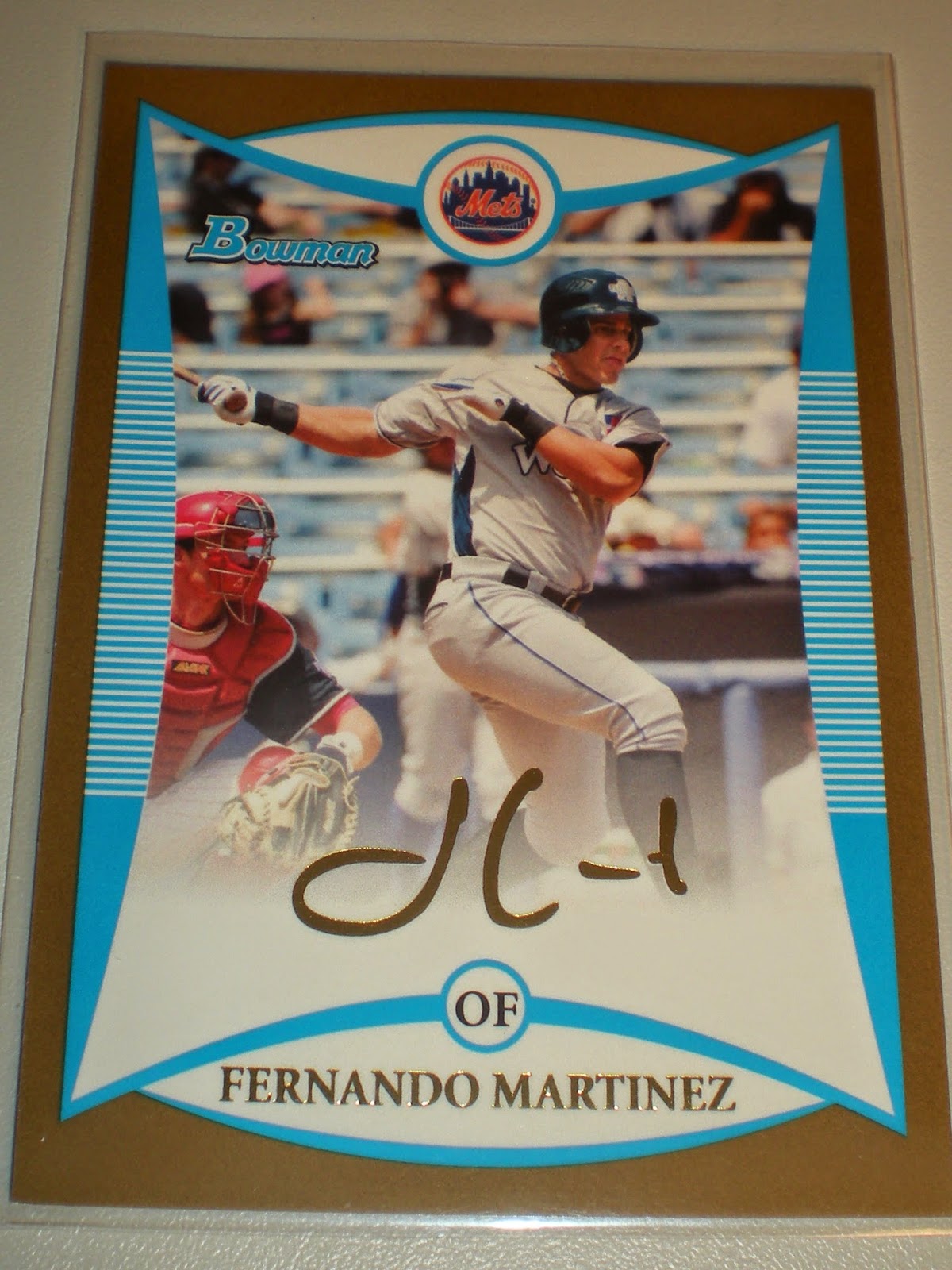 Apparently,Minaya got It right with Carlos "GO-GO" Gomez,another highly touted prospect who was slightly overshadowed by  Fernando Martinez,but still held In high regard.I almost overpaid for this card on  Beckett's  marketplace from a card shop In Yonkers ,NY.I should have known that prices triple when the card shop Is In the same state as the parent club of the prospect's card your  looking for.I gave the card shop a call and the owner wanted me to pay 20 bucks for a 2006 Bowman Chrome Carlos Gomez because of  how  "popular" the card was In N.Y.I paid $6 for It from a local card shop which consequently Is also In N.Y.Go figure.


Flores makes up the third of the trio,and was supposed to make an impact with the Mets shortly after Gomez and Martinez made theirs.With a change of G.M. and a little more F.O. stability ,Wilmer has been given stability and more time at the lower levels and has hit In every one of them.I can't wait to see what he'll do with a full season at short under his belt.

Daniel Murphy sneaked his way onto the  Mets In a time of  F.O. turmoil and question marks.My dad and I watched in horror as poor Murph got moved around more than a chess piece during an earthquake.We loved Murphy as a hitter and wished that management would just leave him at second where he belonged.Hindsight Is twenty-twenty ,I guess.I picked up his Bowman Chrome cards for about 60 cents apiece.


I don't consider d'Arnaud  a Met prospect as he was a product of the Phillies farm system.I'll include him In this post,though because he's really grown on me.Travis Is showing signs of greatness and could really be a mainstay behind the plate when all Is said and done.I didn't actively search this card out online or anything,instead It just so happened to be In my stash of Bowman prospects that I had acquired In packs.Needless to say I was pretty psyched when I spotted It in my binder while looking through It one lazy afternoon.