The Influx Of Autographed Inserts And What's Next?

Correct me If I'm wrong.Is It easier  and less expensive  nowadays to pull autographed inserts then when they first became the talk of the town - i.e. 90's Upper Deck ? Let's take a trip back,way back to when being able to get your favorite players autograph meant something.You weren't going to find It In any packs of  pre - 90's baseball cards or Ebay ,so It meant having to be at the right place at the right time.Maybe your favorite star got sent down to the minors,which meant that you were going to be able to catch him live and In person at your hometown's next minor league contest.It meant standing In line at your local high class Inn to get your own ,personally signed 6 x 9 of Yount, Gwynn, Dale Murphy or whoever your MLB hero was at the time.It meant creating a memory that would last and stay with you for ever,because you knew that that would most likely be the last time you were going to experience something as sacred as being face to face with a real,live baseball player and being lucky enough to  get his autograph.Don't get me wrong,I love the idea and certainty  of  pulling an autograph insert out of  a box of  contemporary baseball cards.The feeling Is quadrupled  If your lucky enough to only  buy a couple of packs and score an autograph .Instant gratification. A lot of collectors shun the  mid 80's baseball card era,deeming them worthless because of the sheer volume and overproduction of them.Not to mention the whole steroid thing.But just imagine how an autograph  In your pack of 1989 Topps would have changed the minds of those very same collectors,today.!Autographs are popular and pretty much  drive the hobby today.It seems like there are a ton of them,though.And cheap!So much so that some collect them exclusively.Have they or will they soon become the new base card?It's pretty much standard for most card brands to sport the player's  facsimile signature . But the question Is,whats next?There are already DNA cards with encased strands of hair,so It would have to be  some kind of  3d tech or better yet,a flash drive  containing the player's credit card  info and pin  number!Now that would  be worth a lot of money,so long as you don't pull an Elijah Dukes  ;) 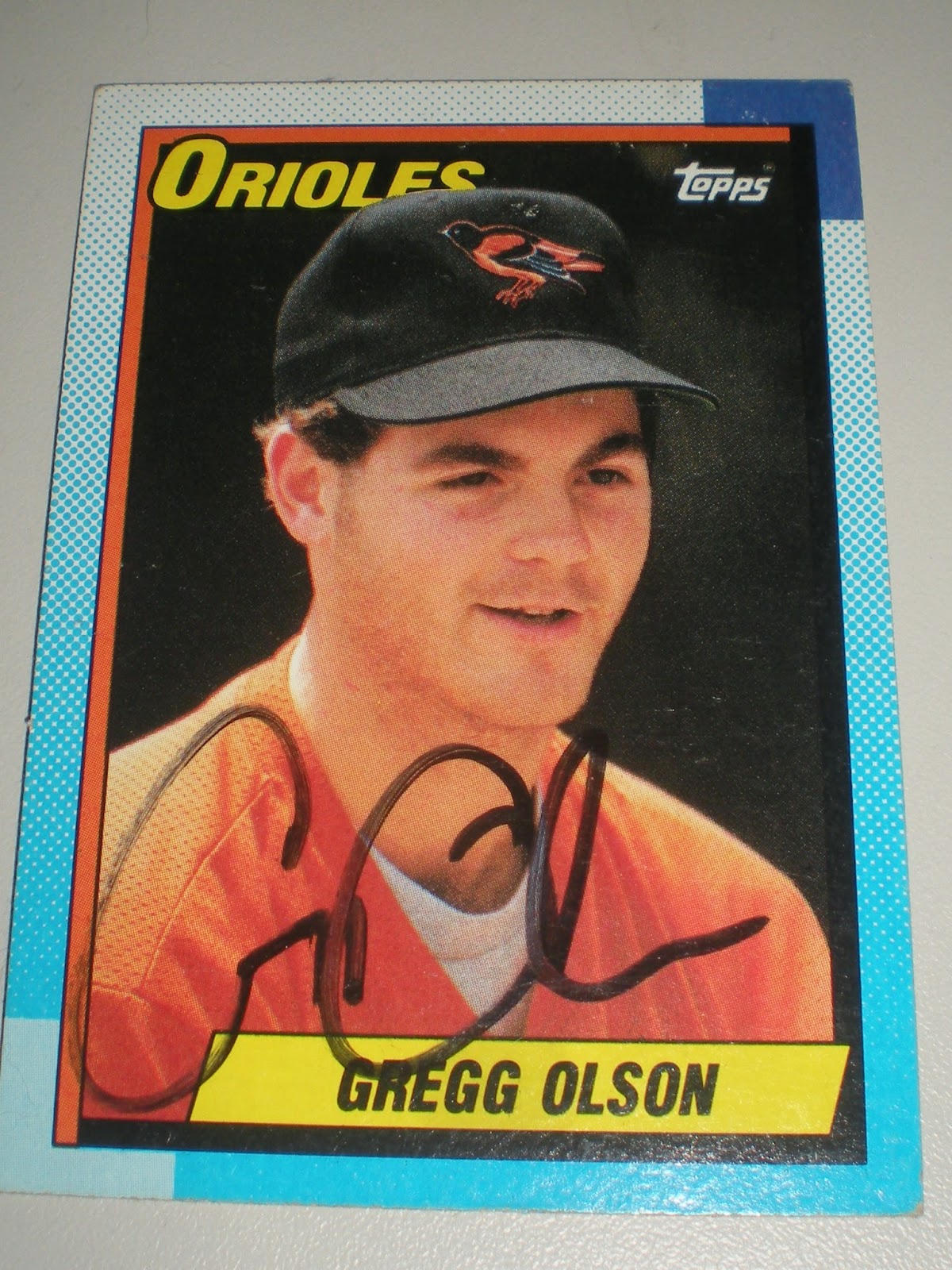 I was lucky enough to catch Gregg Olson in the bullpen at a Rochester Red Wings game back when he was  pretty relevant.I think I asked him a really dumb question like "Hello,Mr,Olson.Is It true that your teammates nicknamed you the otter?"He was nice enough, however, to confirm it and  sign my card right after.