Johjima was a player I had intended on collecting a lot of back In 06 when the Major's first Japanese born catcher broke Into the league. Kenji had a great line his first year In Seattle ,batting .291 with 18 HR and 76 RBI.The next year his numbers would slip a bit ,but not drastically.In '08 and '09 Johjima began to loose playing time ,ultimately leading to his departure from  MLB. In 2010 , Kenji Johjima would head back to his native Japan,signing on with the Hanshin Tigers ,smacking 28 HR  while driving In 91.I wish things would have worked out for Kenji here In the states.With only a few MLB years worth of cards under his belt,collecting most of them shouldn't be too hard. Kenji's Korner will pay homage to the Major Leagues first Japanese born catcher ,highlighting every Johjima card In my collection.Here he Is pictured In what seemed to be his trademark pose and one I'm really fond of,down on one knee with an outstretched arm,pointing off into the distance. 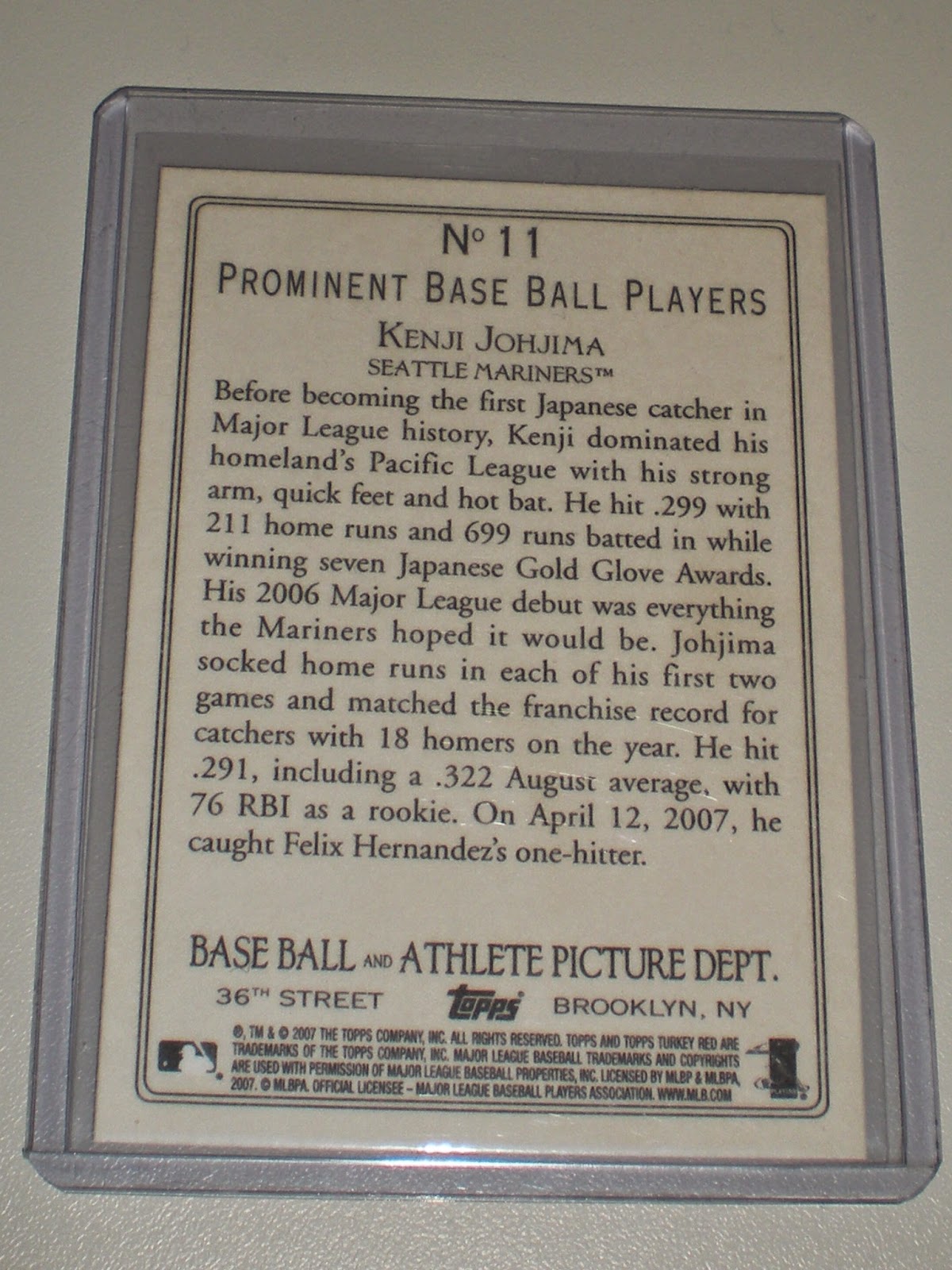