Please excuse my less than stellar title posts.They are a work in progress.I just wanted to let everyone know that they might want to look away for these next couple of posts as they will be very Canseco heavy.I still collect J.C. and won't deny the fact that  I sort of idolized him growing up.In little league I would try to emulate his stance ,swinging the  bat hard enough so the barrel would swing back around and hit my lower back,just like Canseco.I did the whole nervous neck twitch thing when up at the plate,just like Canseco.I even went as far as wearing  those lime green Mizuno batting gloves,just like Canseco...no wait that was Ricky Henderson.Even today I consider myself a Canseco fan because of  what he did on the field and the impact he had on me a s a kid,rather than judge him for any personality flaws he may have In the real world.Sometimes I feel like Canseco should be In one of those Liberty Mutual "I'm Only Human" commercials. 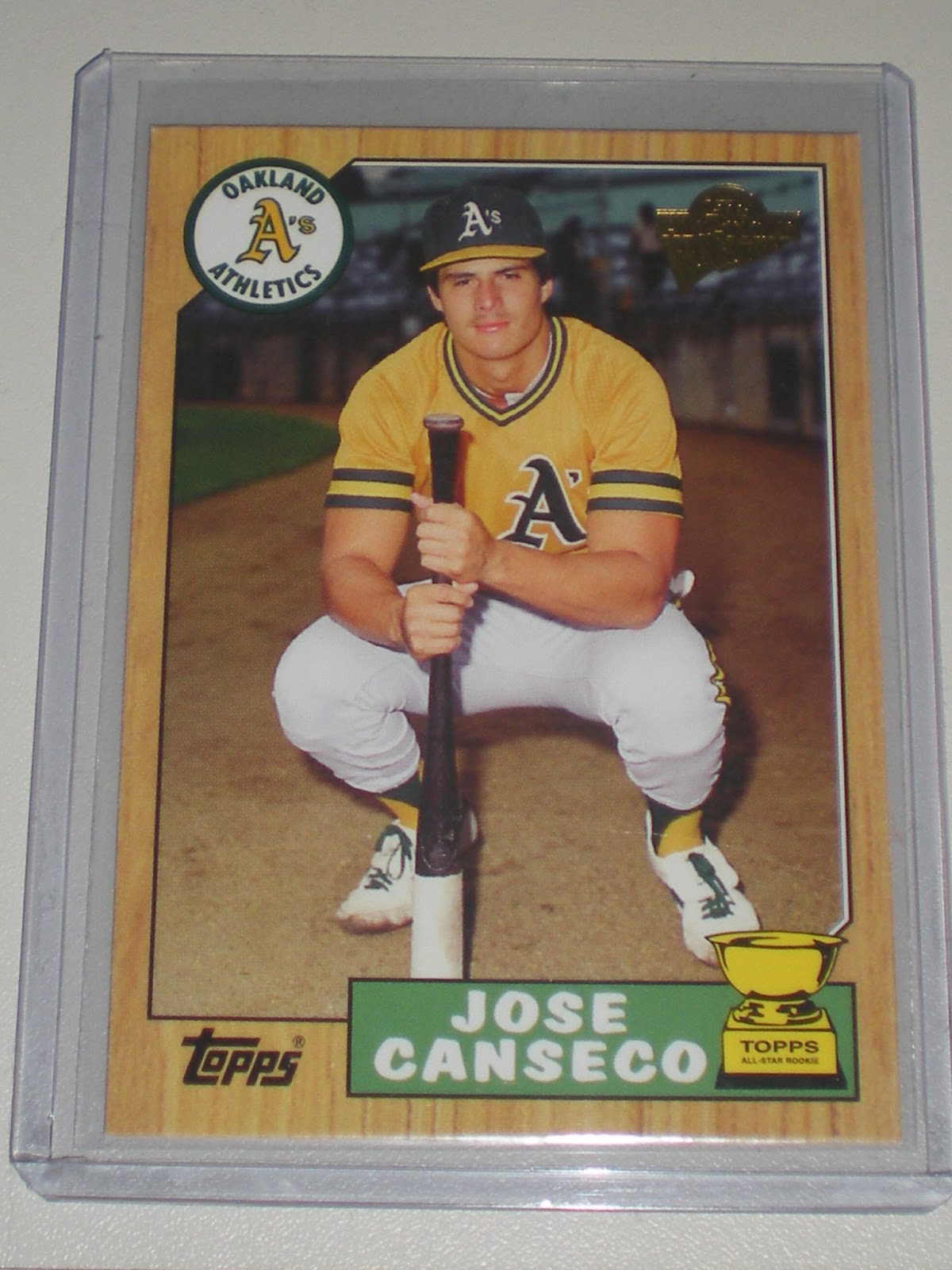 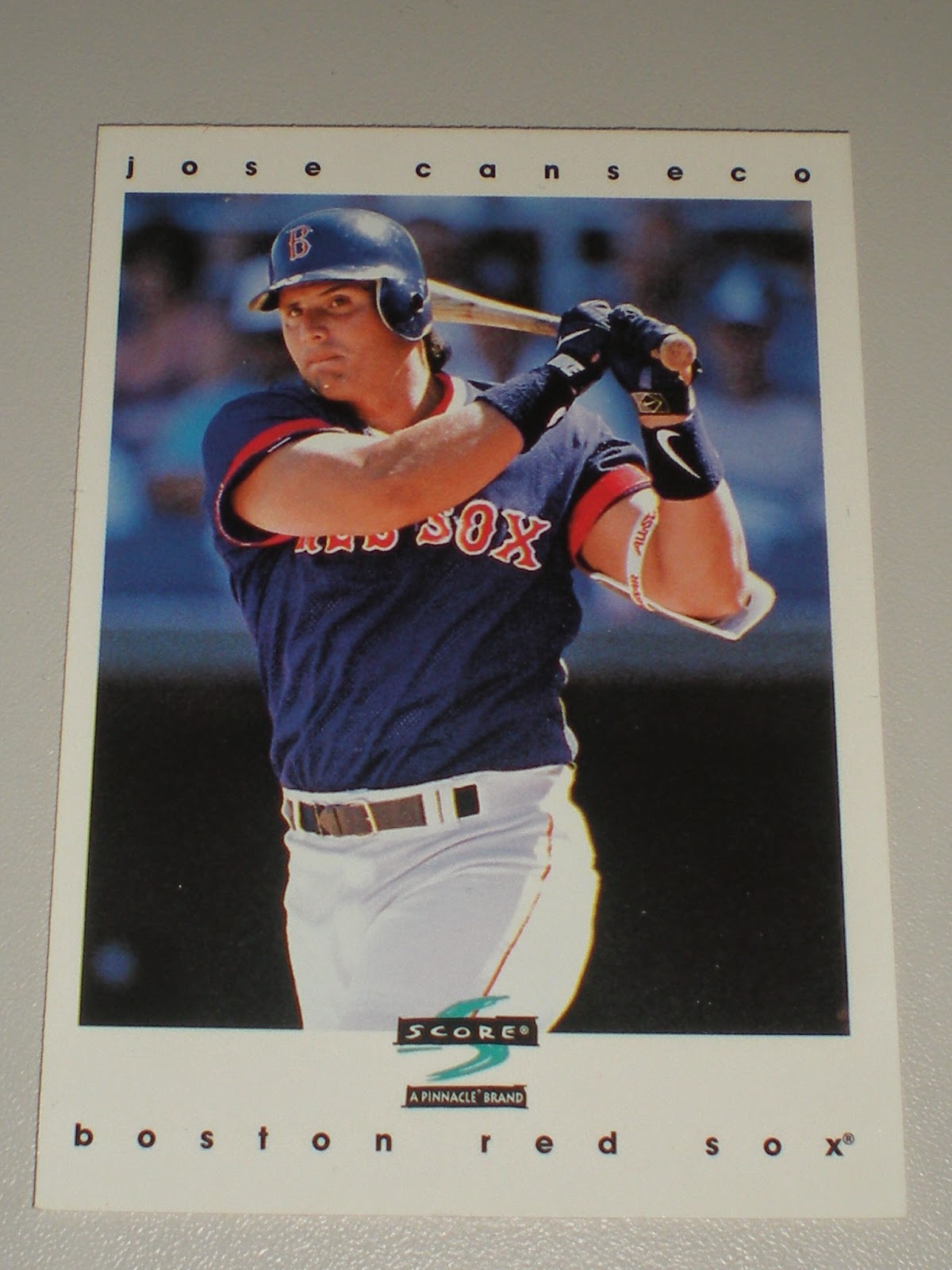 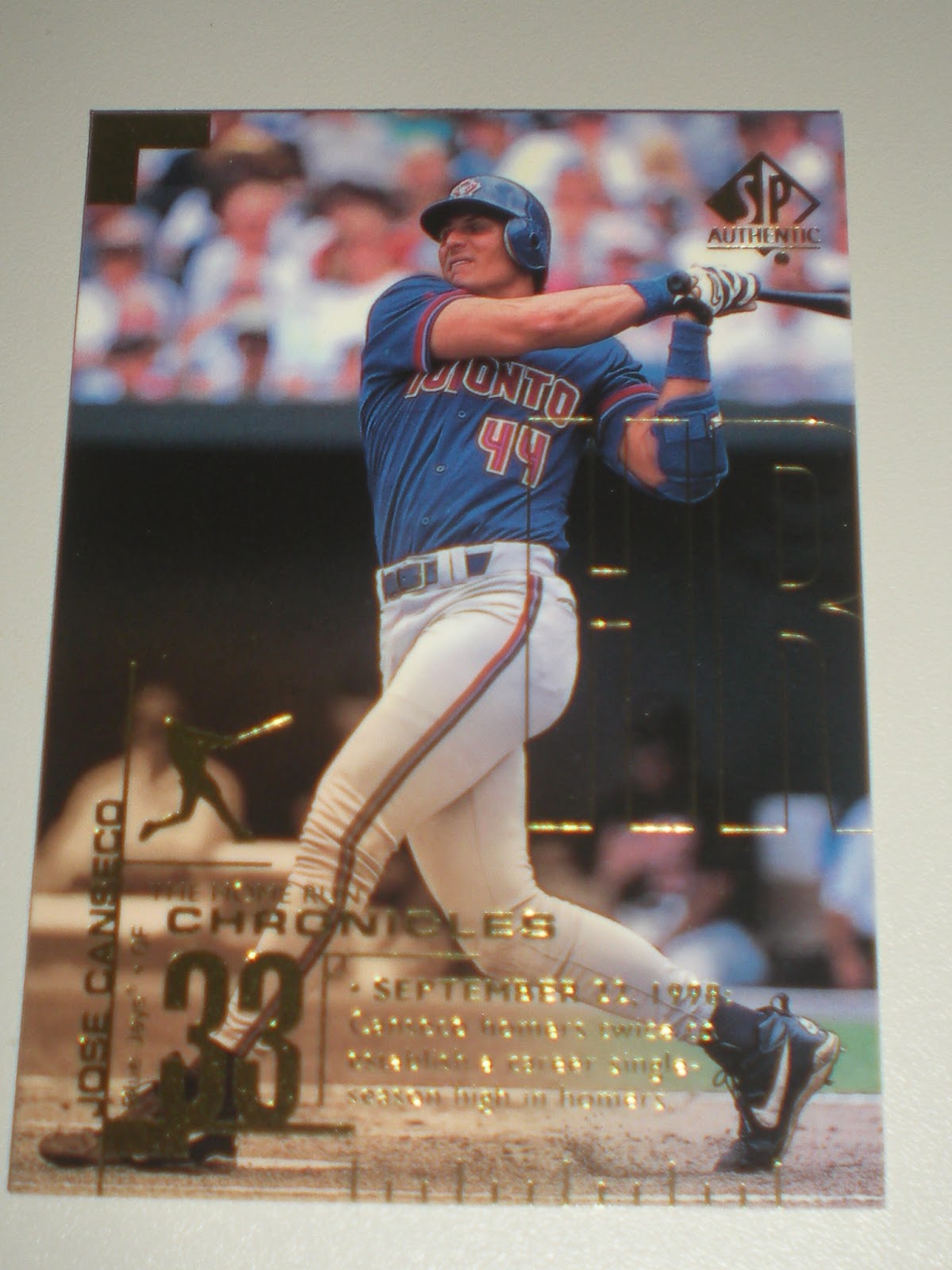 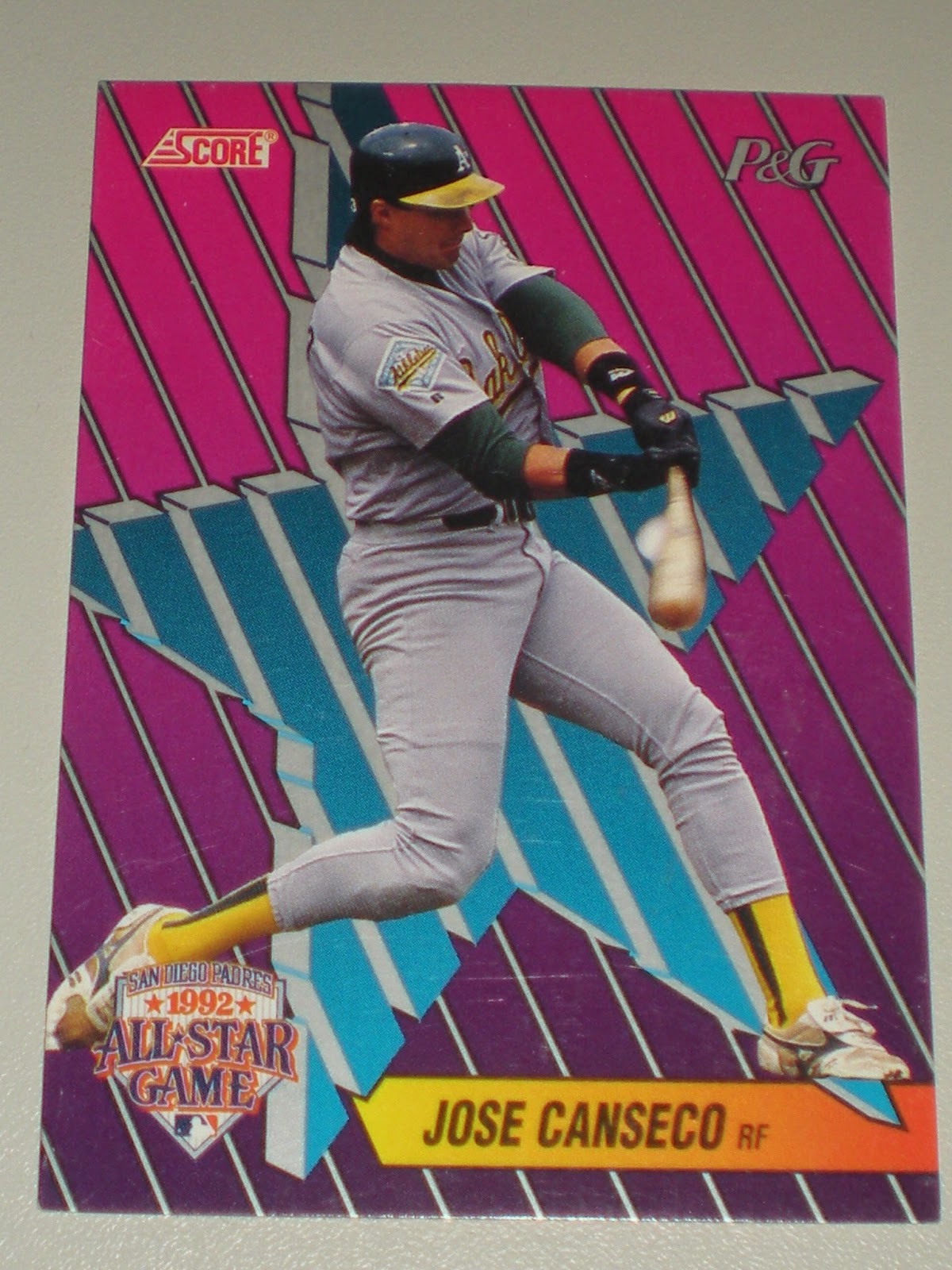 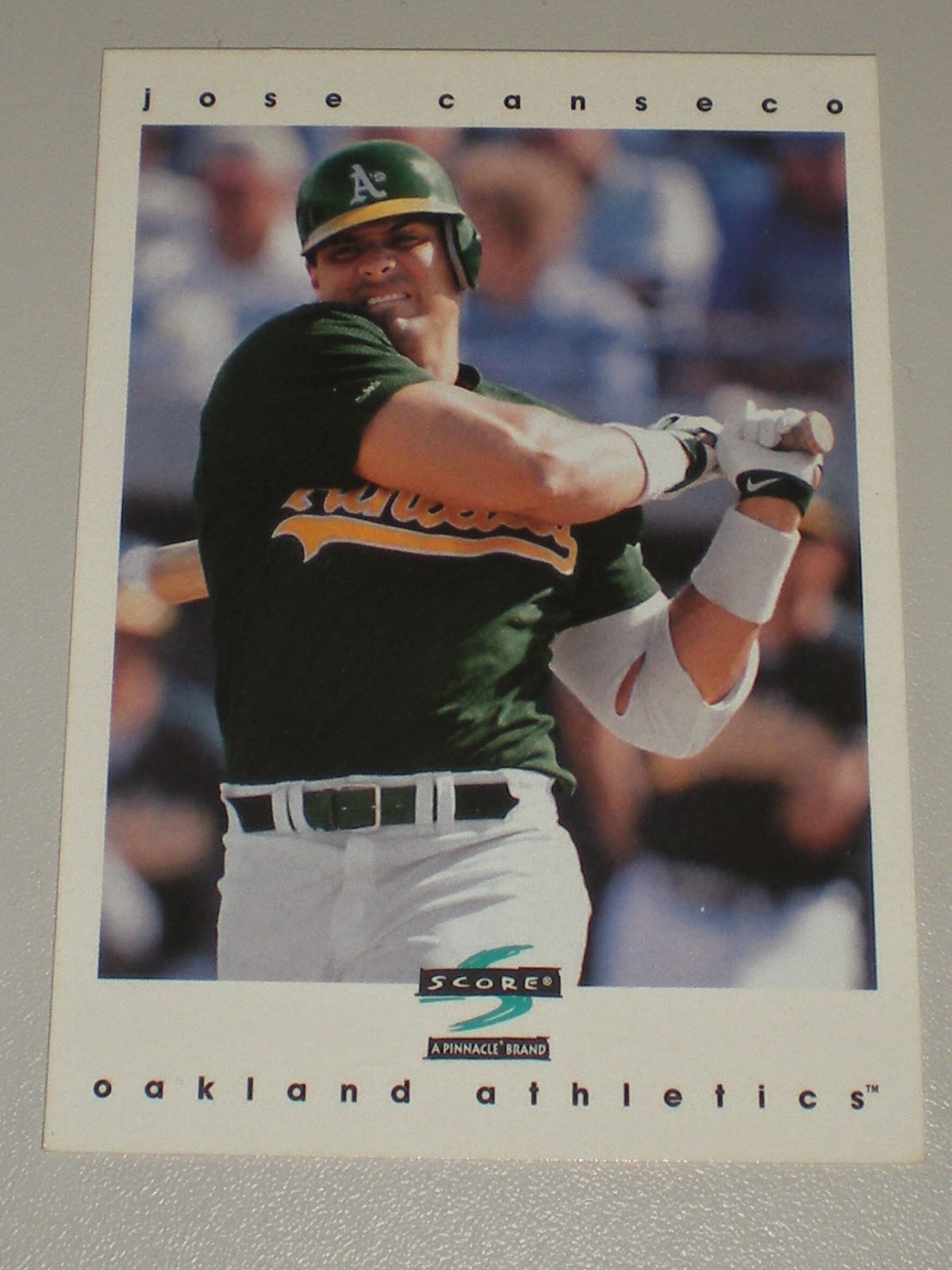 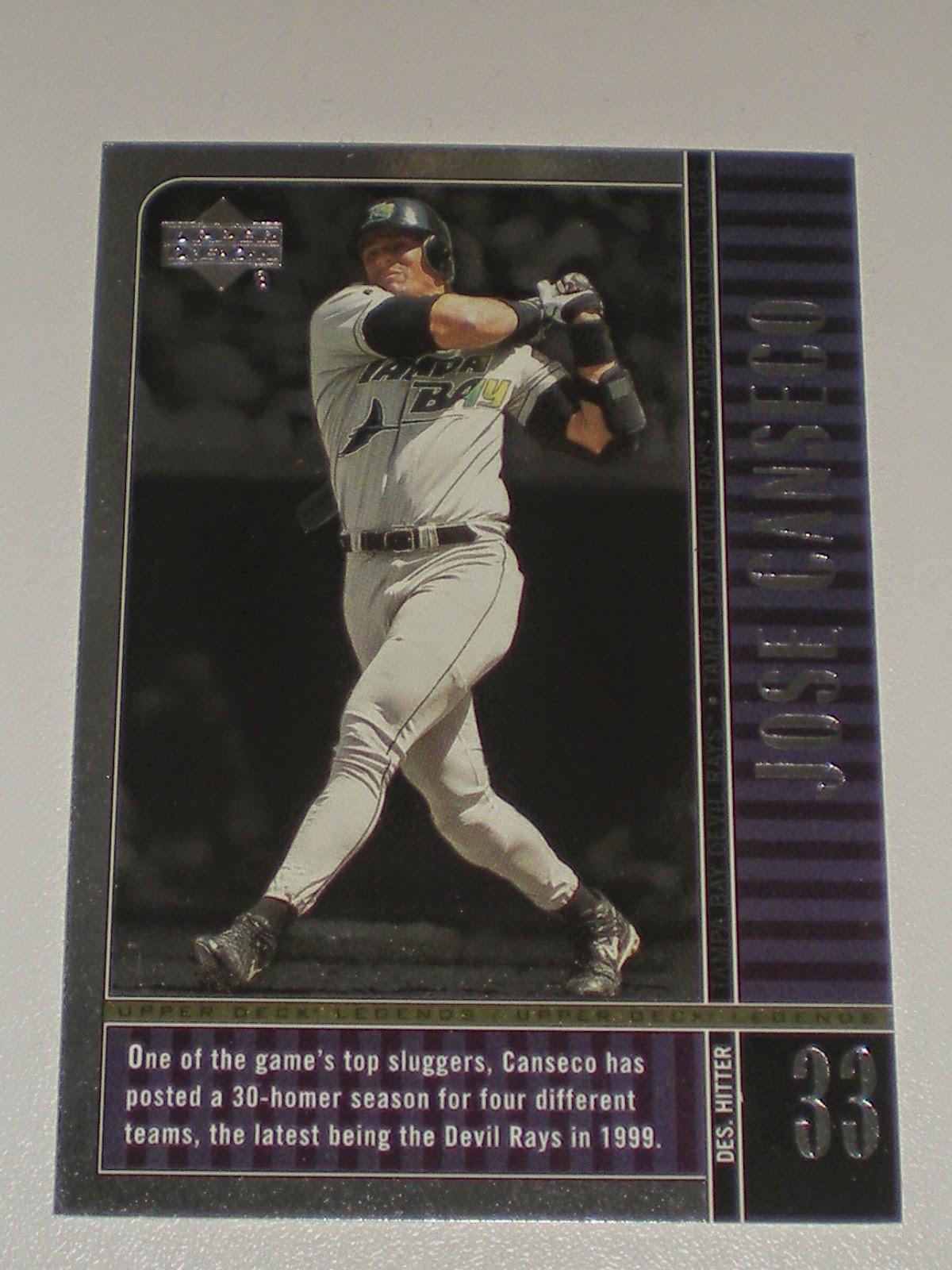