Is It Obvious That I'm Still A Canseco Fan?

Every now and then a new Canseco related item will make an appearance here at my  Sport's Pub as he was my Idol growing up.As a kid,I hit with an open stance like him,swung ferociously hard like him,and even imitated his nervous twitch whenever I'd step up to the plate. Canseco was "THE SHIT" from  mid to late 80's ,and those who didn't love em',hated em'.There was no in between really.He was either crushing the ball for your favorite team or hitting a granny against them.I was an Oakland fan,and made  it a point to catch as many Oakland A's games and Canseco AB's as someone living on the east coast could.There was a time where I thought that I could never forgive Jose for what transpired during the infamous steroid trial,writing a tell-all  book and throwing certain ball players under the bus.Then I came to a realization.Everything he said was true!Baseball was throwing him under the bus for something everybody in the game had been guilty of doing also.And he didn't really snitch on anyone as MLB already knew what was going on,but,whatever.Anyways,regardless of the facts,I've learned to forgive and forget and I feel MLB should do the same by letting these guys back into game(Pete Rose, Canseco etc.) Yeah,yeah,yeah they did things they weren't supposed to but the contributions  to the game are indisputable and far outweigh the penalty imo.The long end short of it Is If MLB wants to ban players on the basis of moralities and poor decision making,then someone in the upper echelons of Major League Baseball should also be banned for turning a blind eye to it all.The people who run MLB are beginning to take on this enlightened,Illuminati-esque complex and It's really starting to piss me off. Wheeew,Holy rant!O.K. now that I've got that off my chest we can proceed to the initial purpose of this post and that is to showcase any and  every new Canseco item to make It's way into the Pub.Yesterday I got two items in the mail - 1988 Jose Canseco Kenner Starting Lineup figure and  a 2001 Topps Chrome reprint of  Canseco's 1986 Topps Traded rookie card!Both are tremendously awesome items and ones I would have loved to own as a kid.1988 marked the debut of Kenner Starting Lineups so essentially this would be Canseco's rookie SL figure. 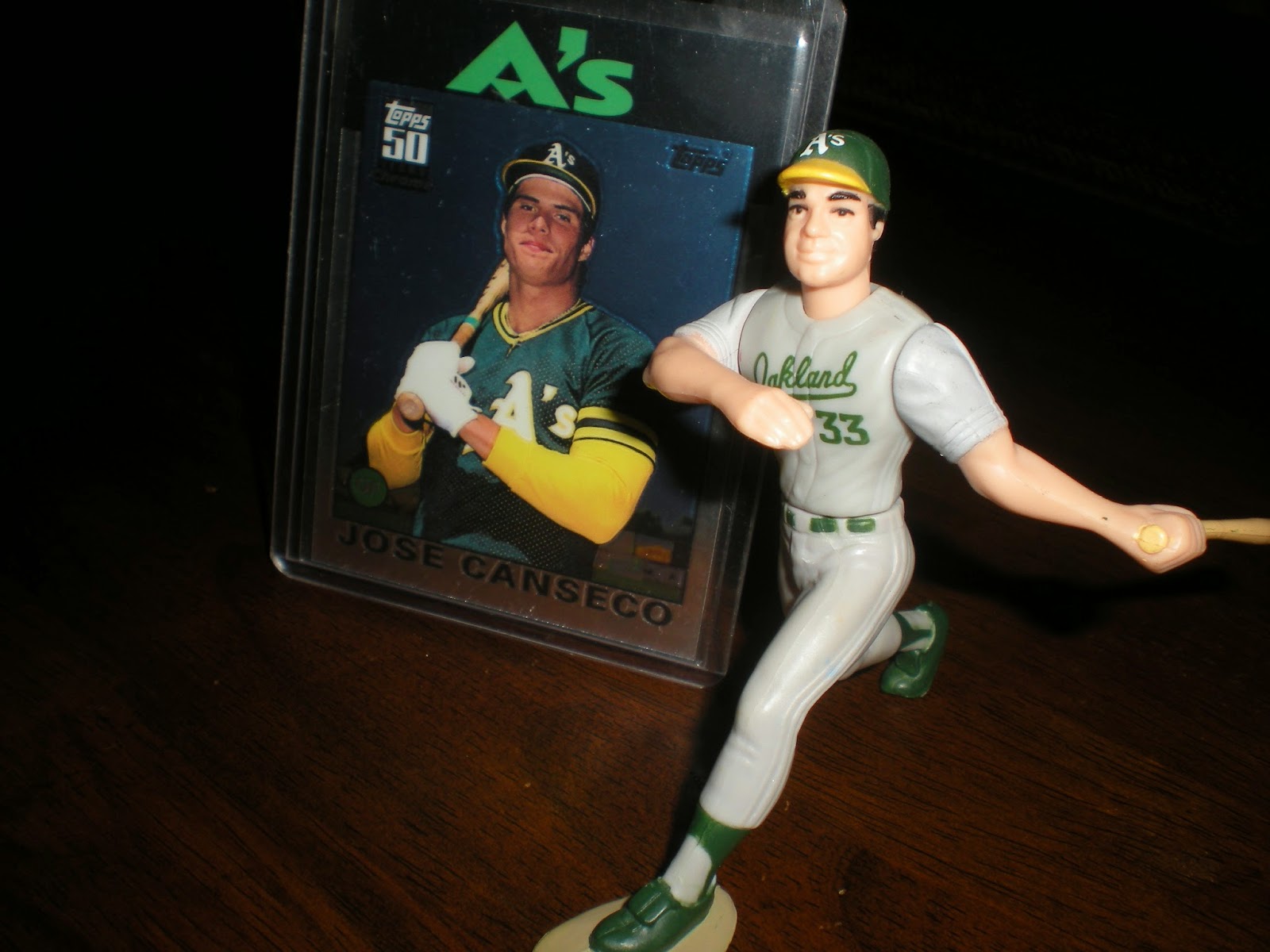 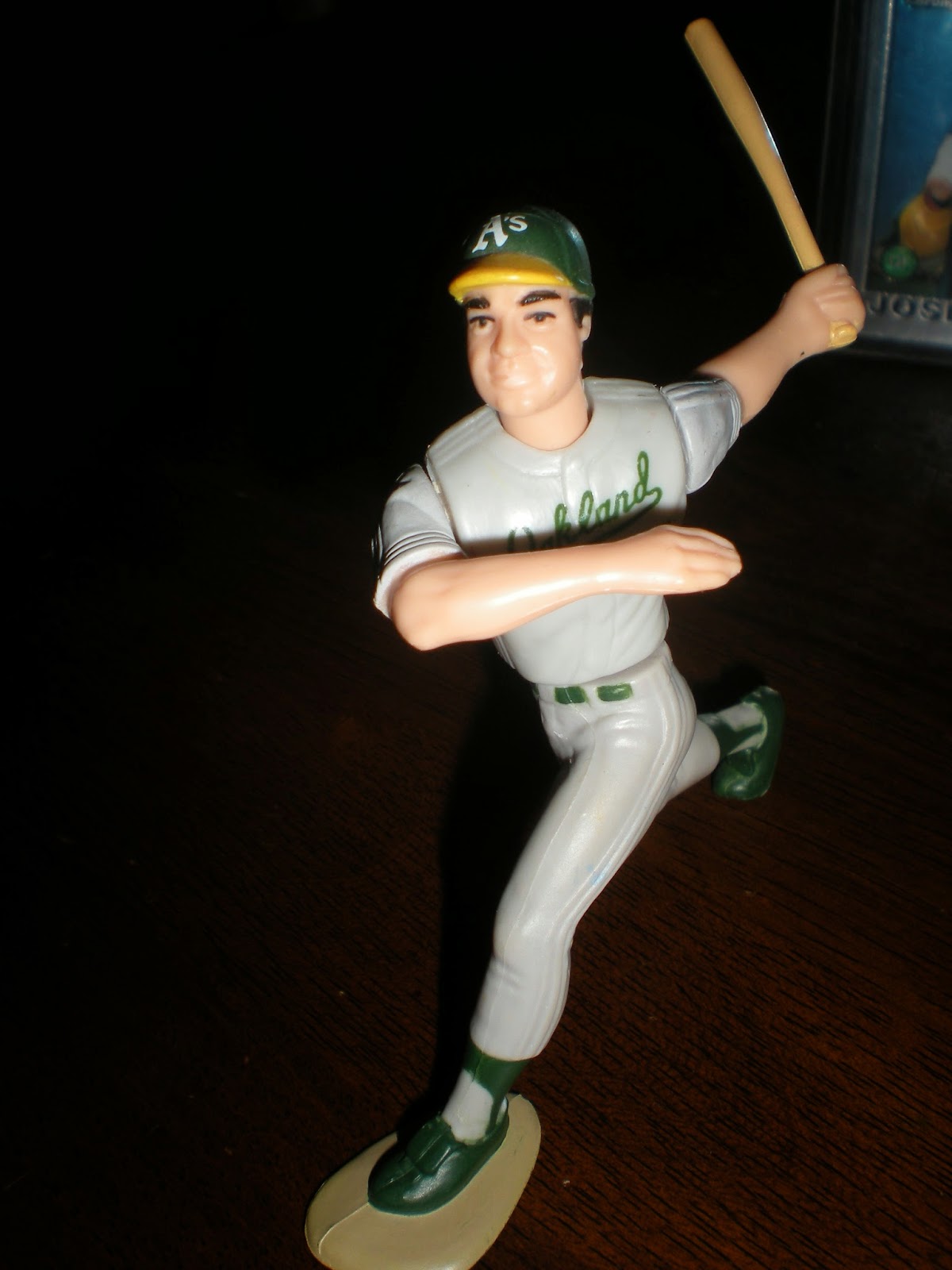 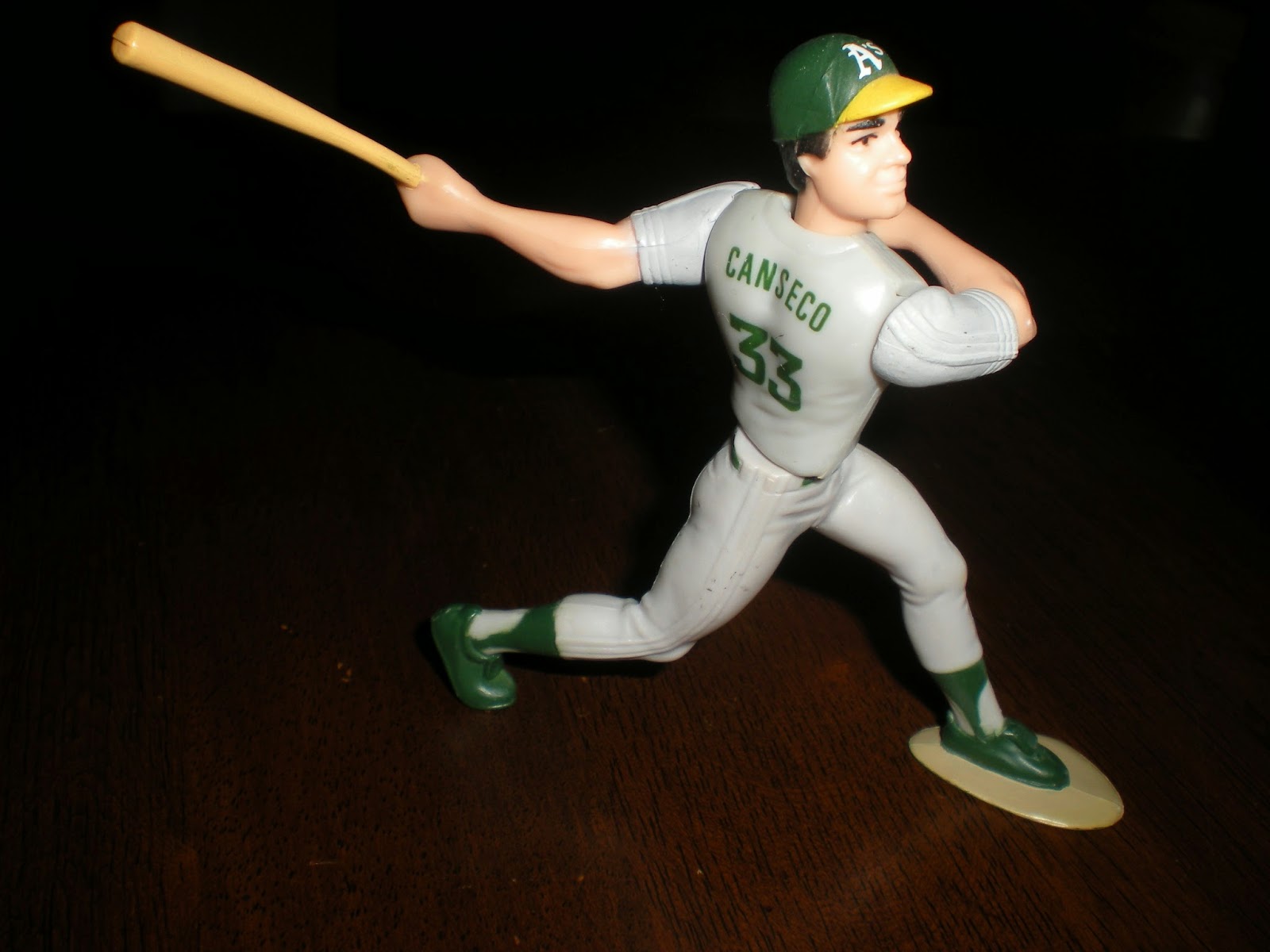 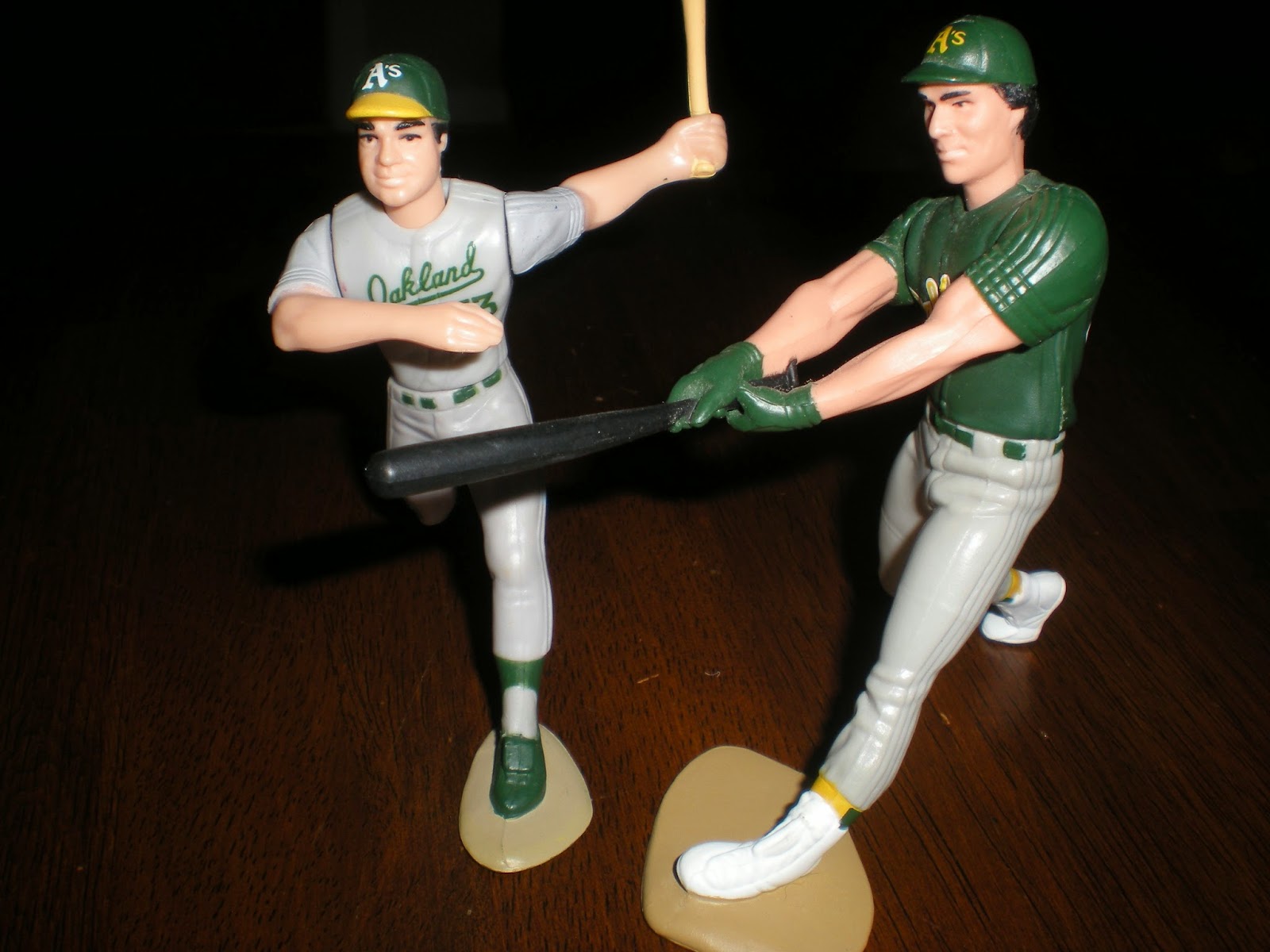 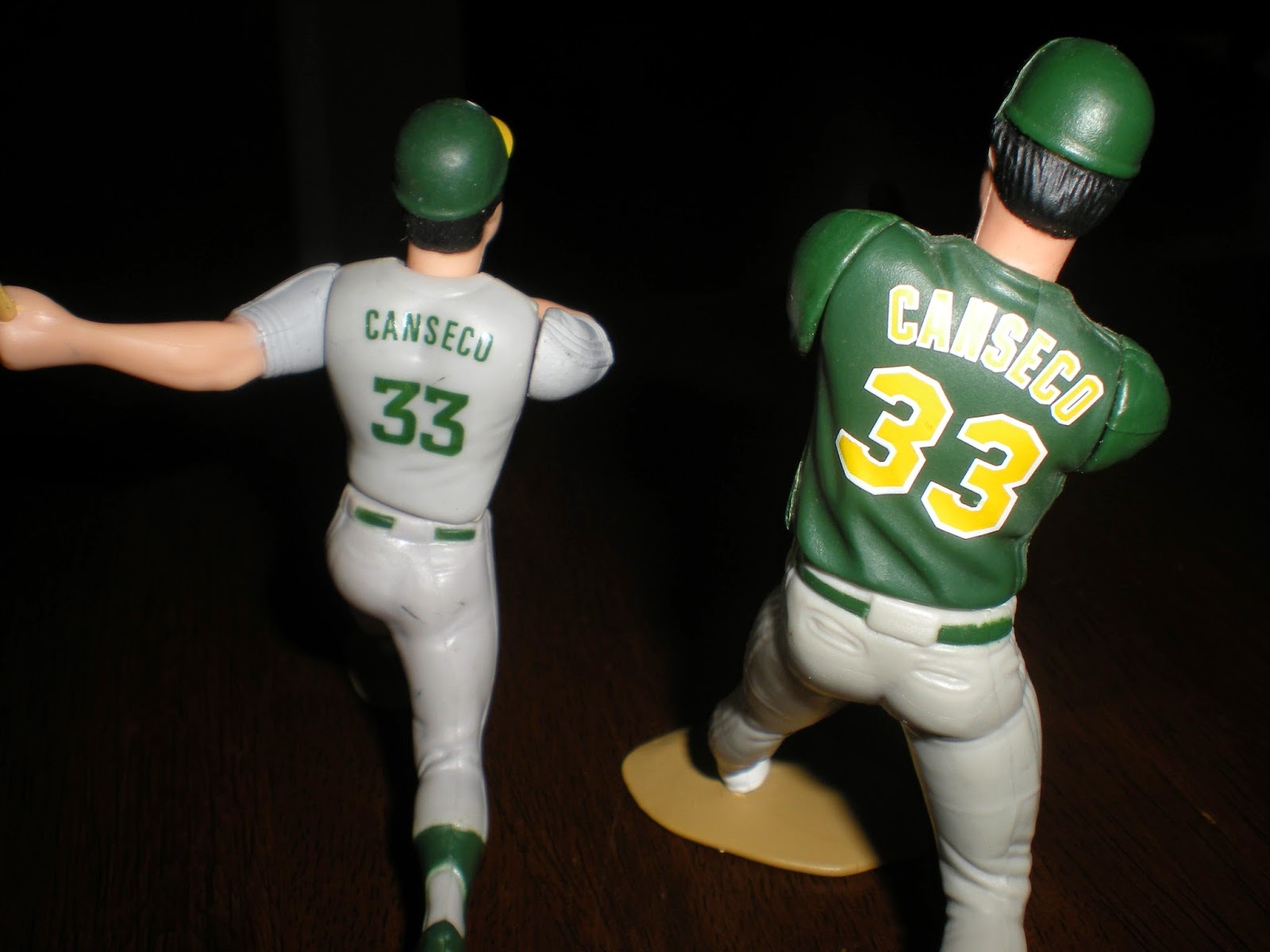 Now on to the reprint!I would have killed to have a chromed out Canseco RC as a kid!It really Is a beauty.I had no clue this card even existed until recently coming across it on Ebay.Comparison shots below :) 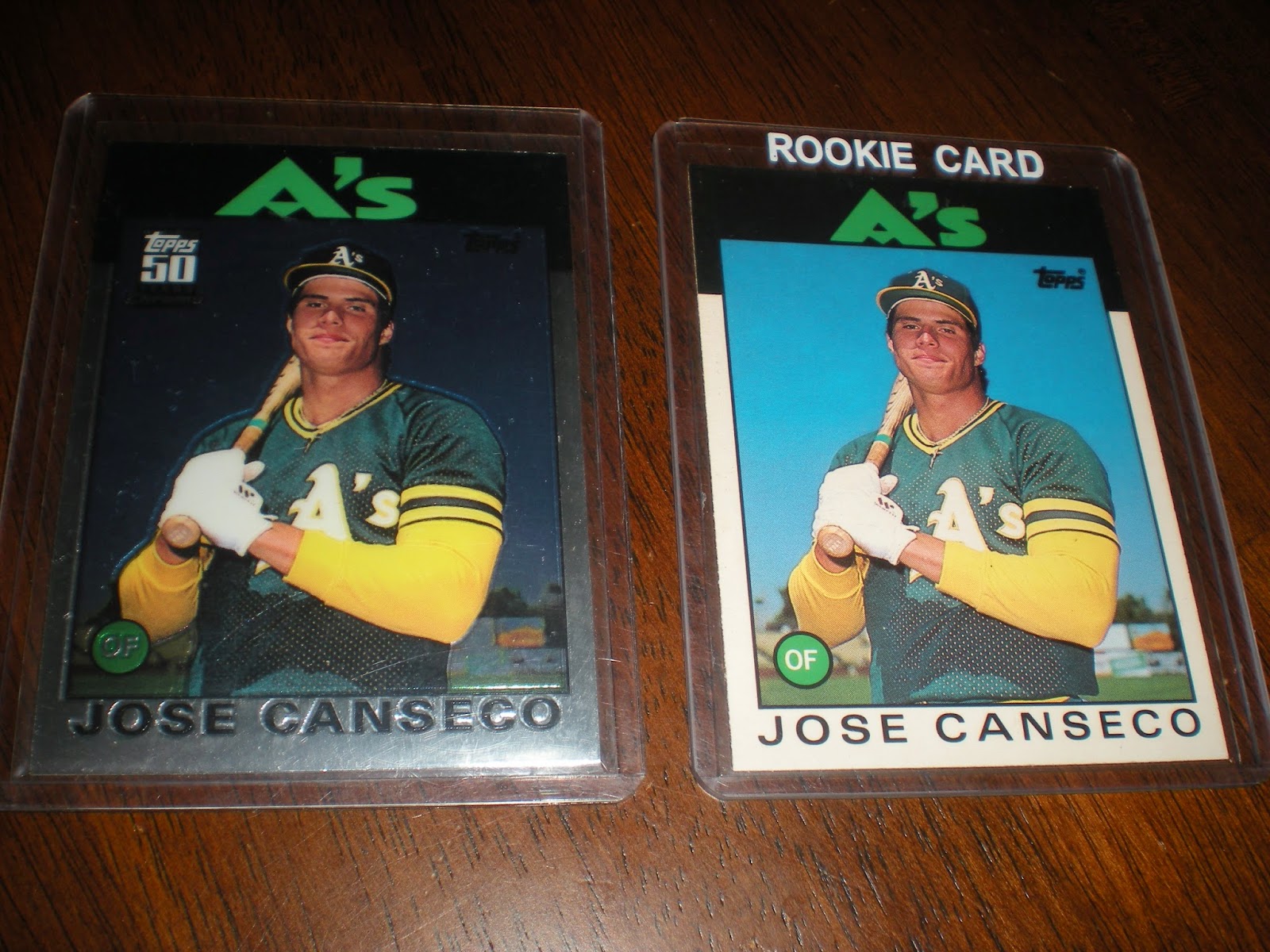 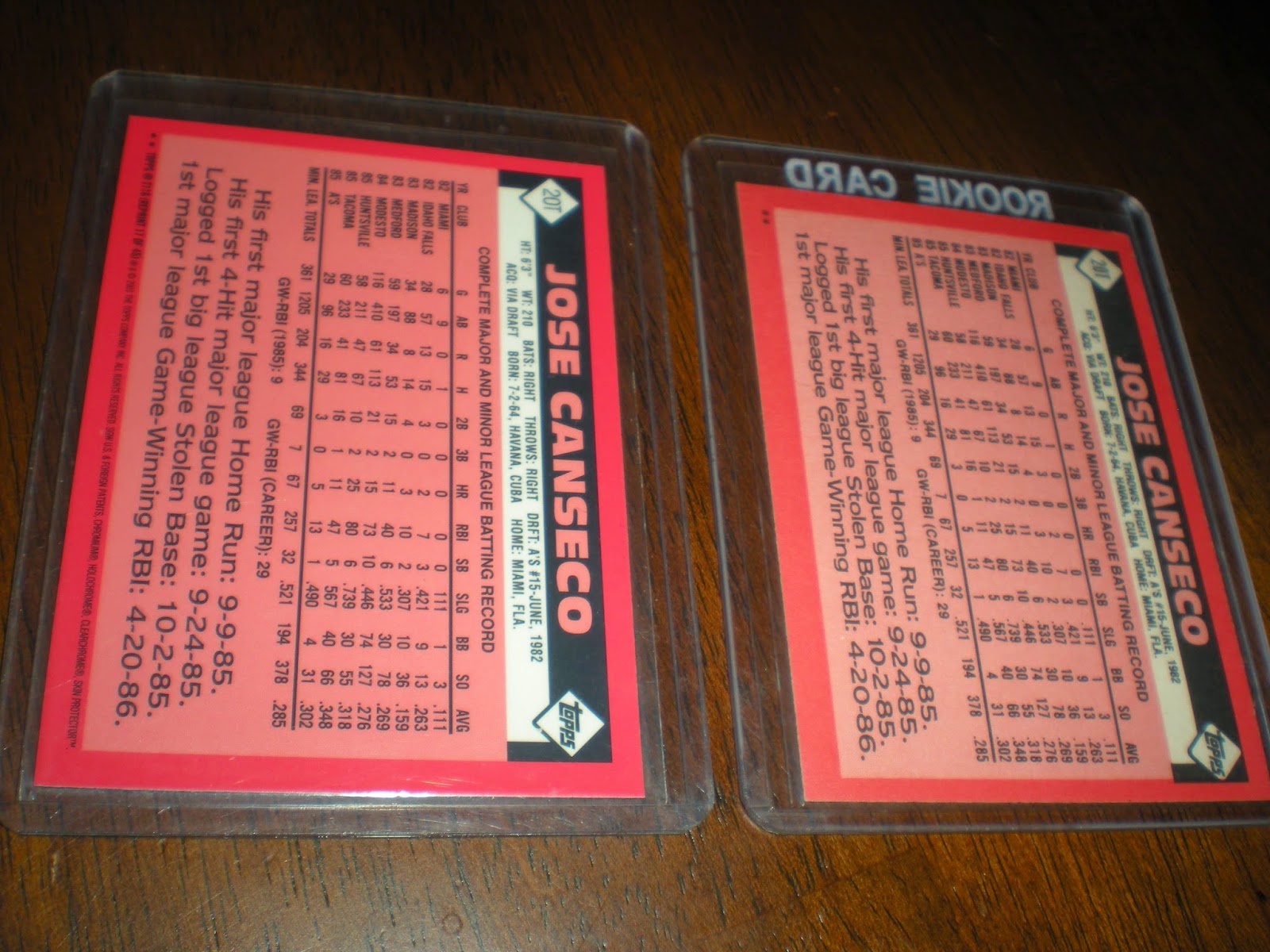 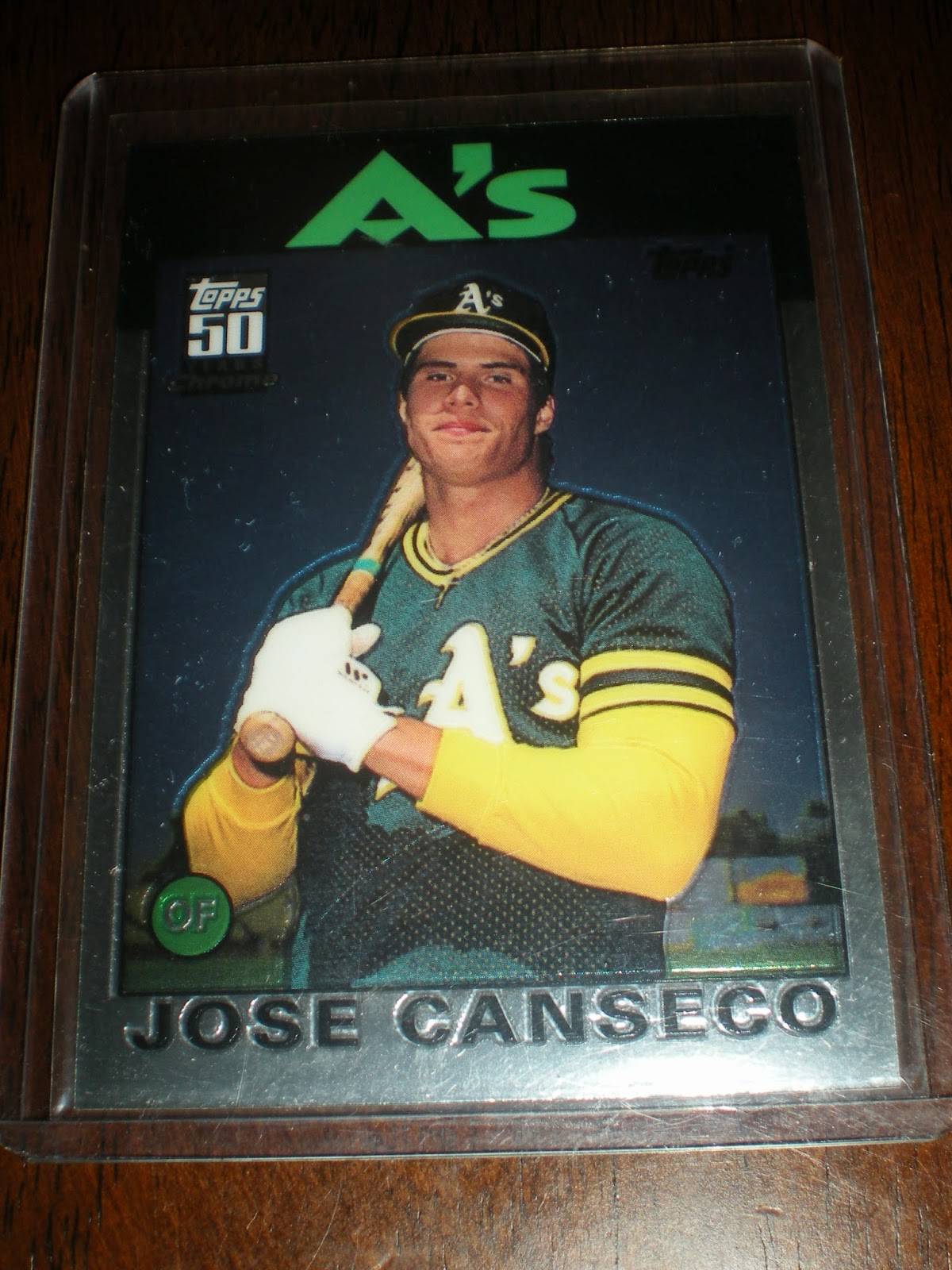 I had to take this baby out of the loader and enjoy It's raw- someness! 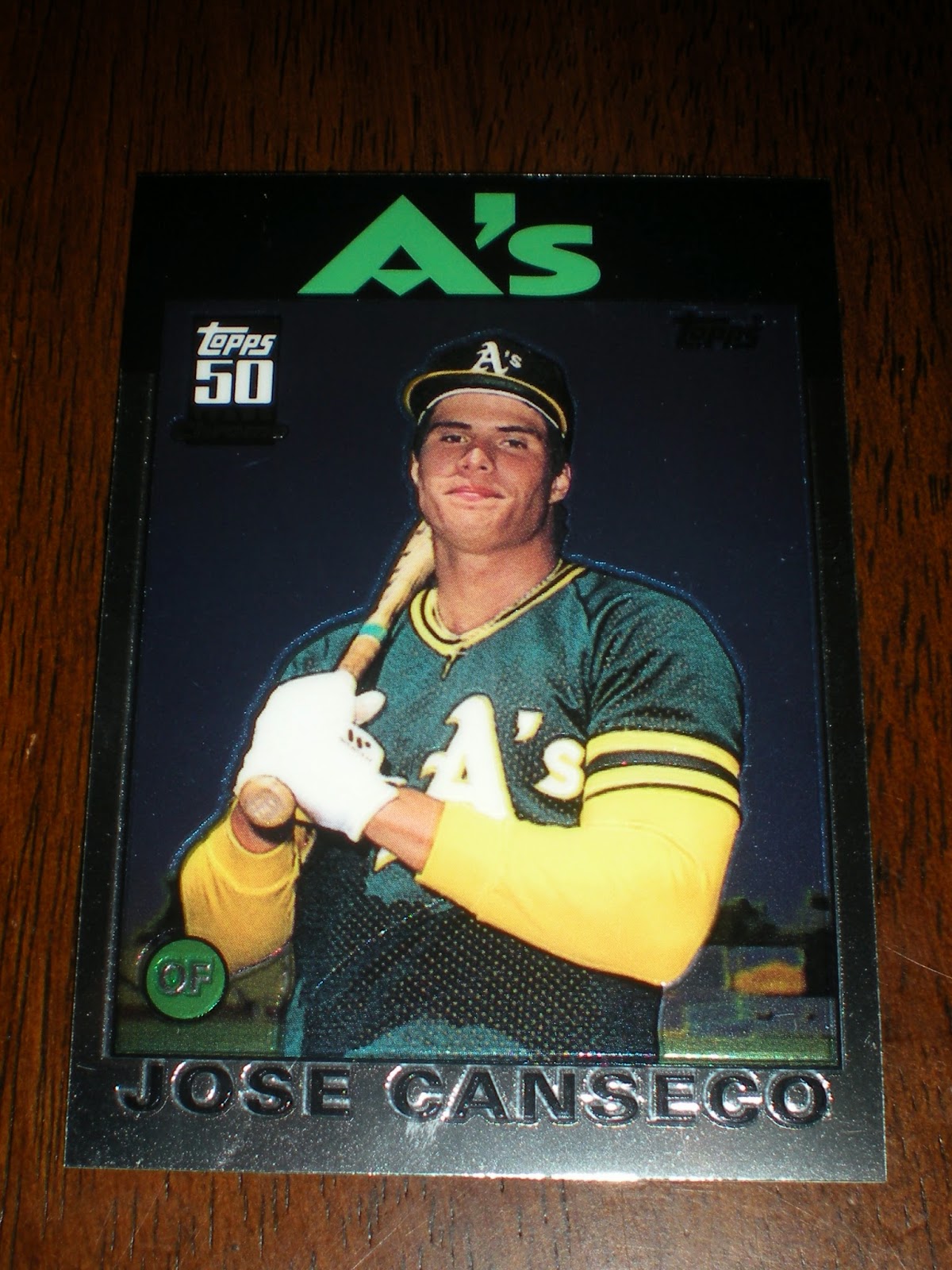 Stay tuned for new additions to the Can-Stash!