When I first got into collecting cards, I was  12 , and knew little about the accompanying terminology. I knew players, stars mainly, and teams. Hell I didn't even know they were worth money until one Christmas when someone bought me a card collecting kit with a tenuous price guide that only had a few sets listed with their card number and  value. There was no better feeling than matching the number on the back of your card with the one inside the price guide and finding out It's monetary value!I remember flipping out when I saw that my 1988 Topps Darryl Strawberry was worth 15 cents! I didn't know how popular  Rookie Cards were until I checked my price guide one day and realized   that players with a (RC) next to their name seemed to be worth a little more than the common players, even more than some established stars. Some players also had (FS) next to their names ,which stood for "Future Stars".Certain ,more prominent rookies had that written on the fronts of their  Topps rookie cards .My cousin and I had just bought a crap load of 1989 Topps  wax packs ,looking for a player named "Alomar" who was listed as a  (FS) and was worth 2 whole dollars!That was a lot for one card considering  each pack was only 50 cents. 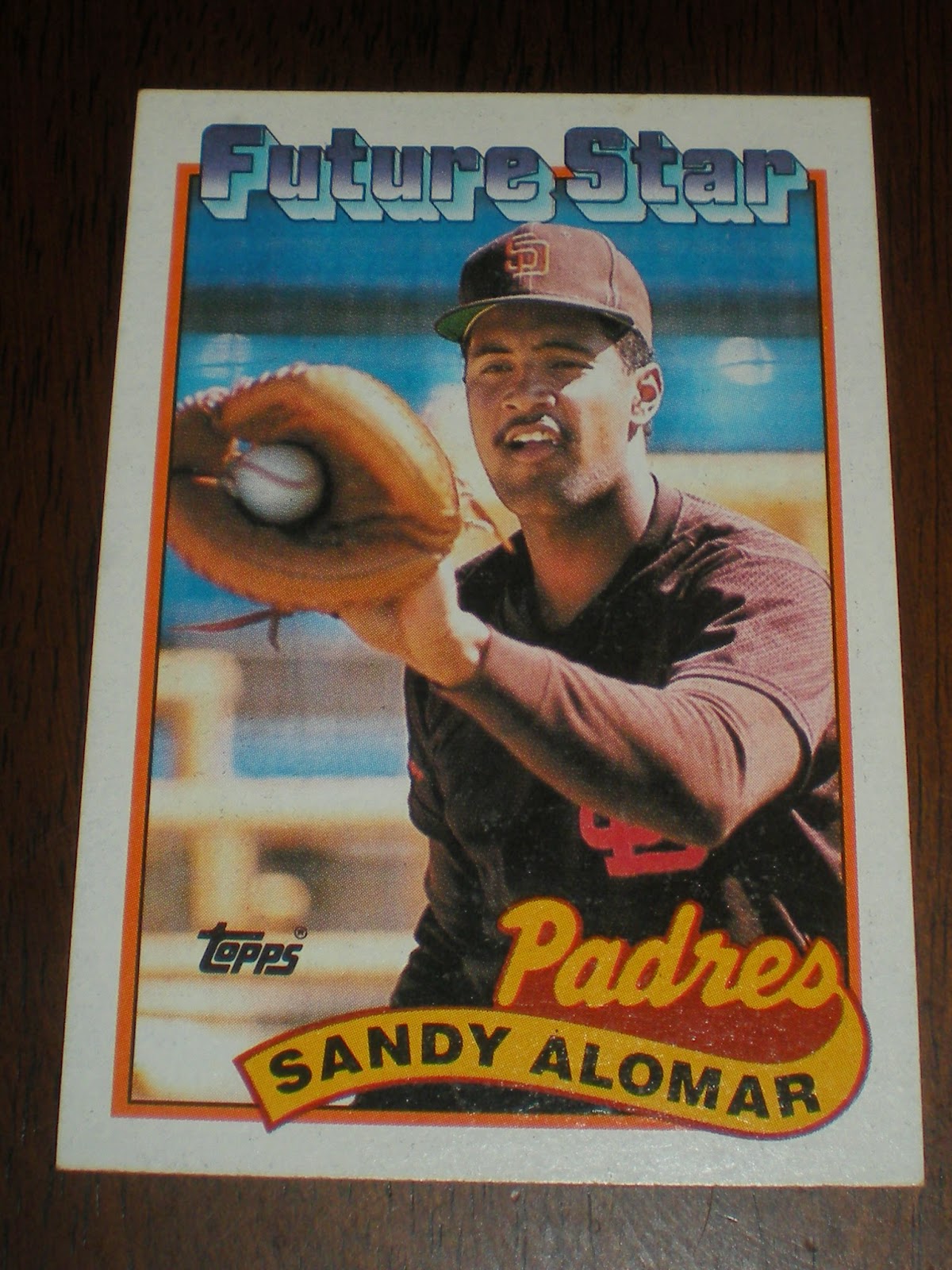 I was big on Canseco ,so naturally the card to have was HIS rookie. I saved up and my dad put the rest In ,towards a small set of cards put out by Topps called the "Topps Traded Series".These sets were released initially in the late 70's after every regular set and featured about 130 of the games most recently traded players and a slew of young rookies as well. The set I saved up for was the 1986 release, which  featured Canseco's rookie as well as Will Clark's, Bo Jackson's and Barry Bonds! 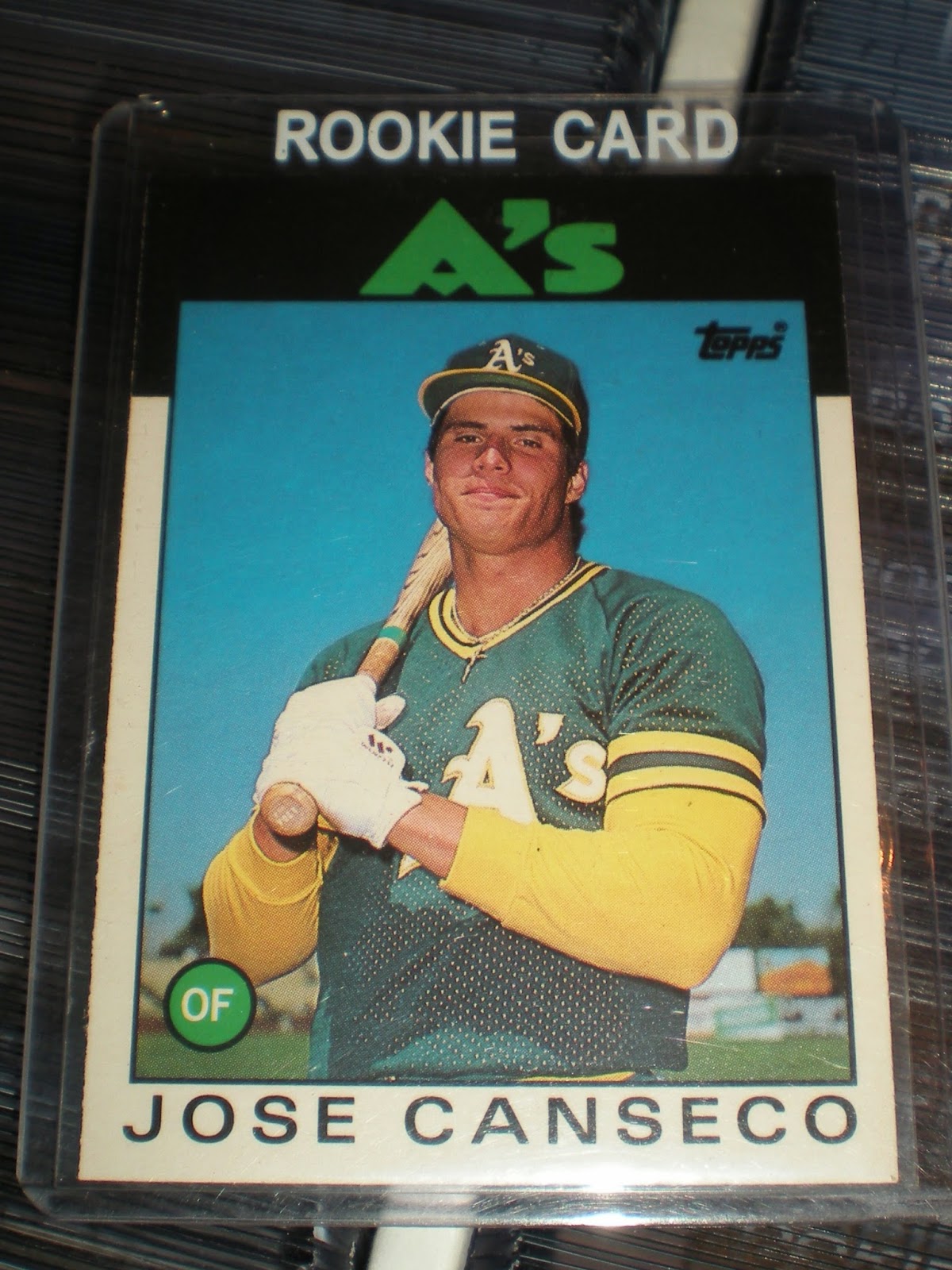 I think that set started It all for me as far as obsessing over rookie cards. From that point on you weren't considered cool If you owned the card of a star player, you had to have his rookie , too, to be considered a serious collector. Well , as serious as a 12 year old collector could be ,anyways. Down below are a couple of other popular late 80's,early 90's RC's from my personal collection. I'm not really collecting many cards theses days but I'll buy the occasional early 80's RC of a childhood favorite when the chance presents itself. I don't have an extensive collection but I'll be more than glad to see If I have something you might need and wanted to trade for ;) Enjoy the pics! 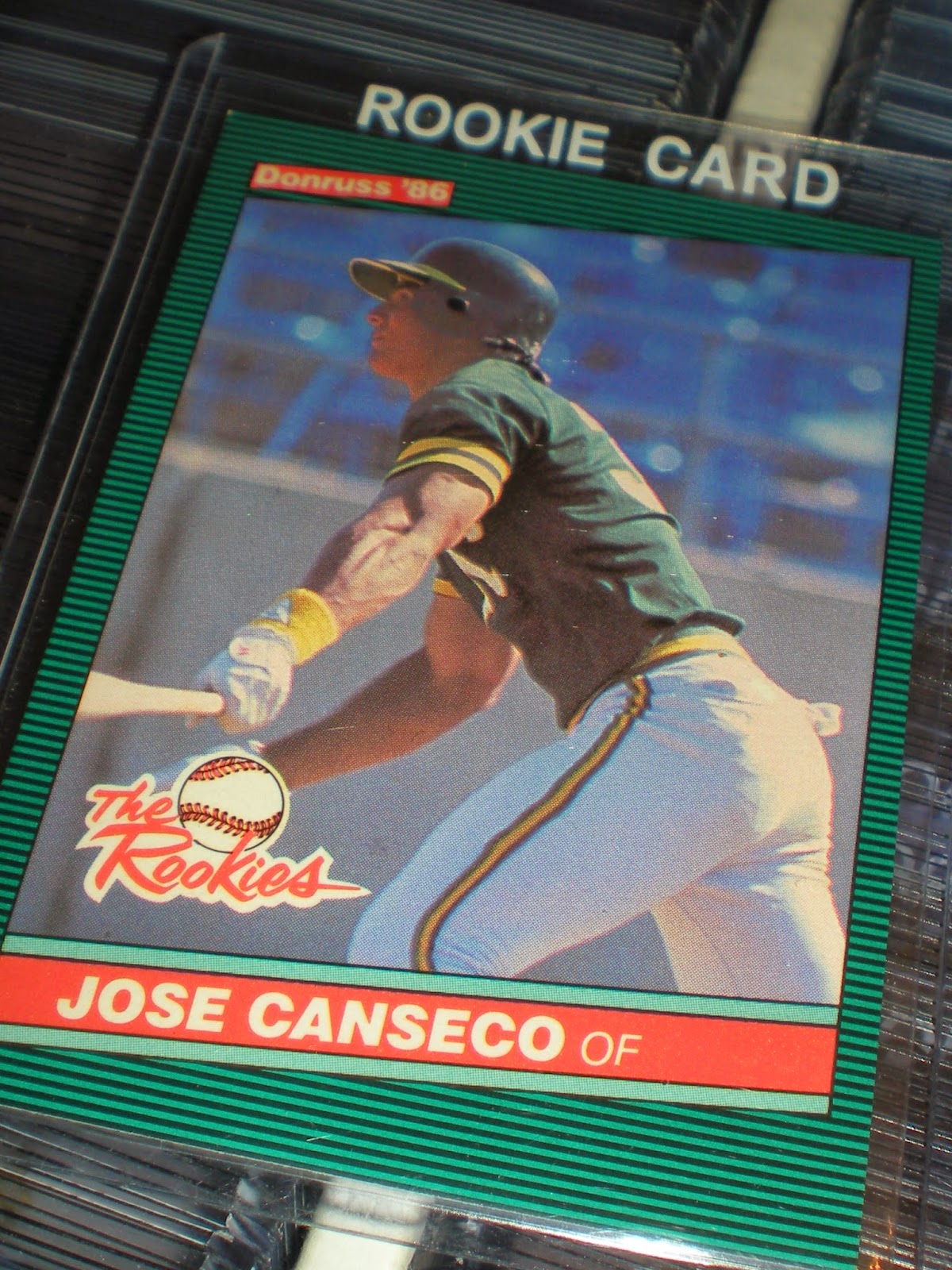 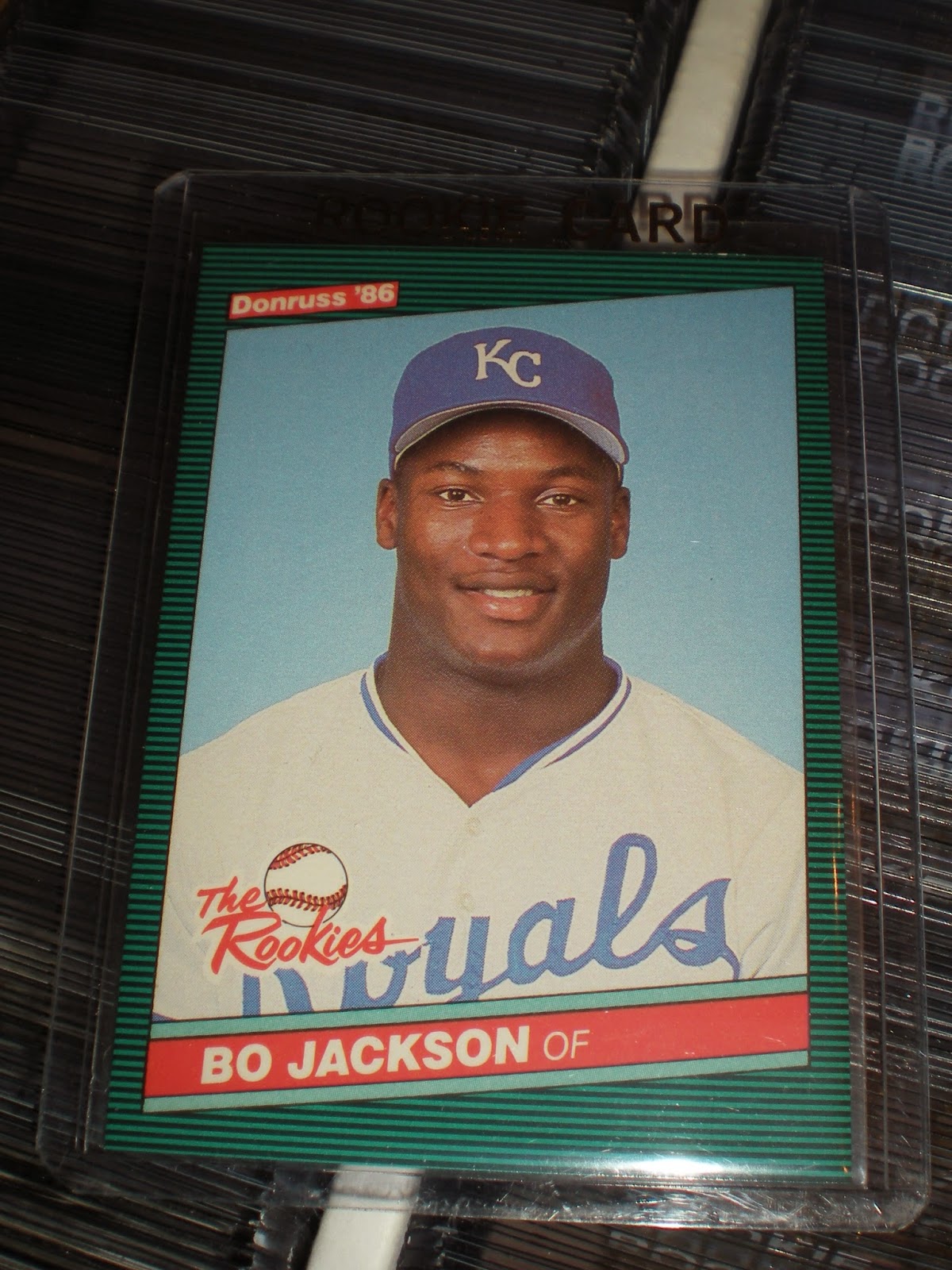 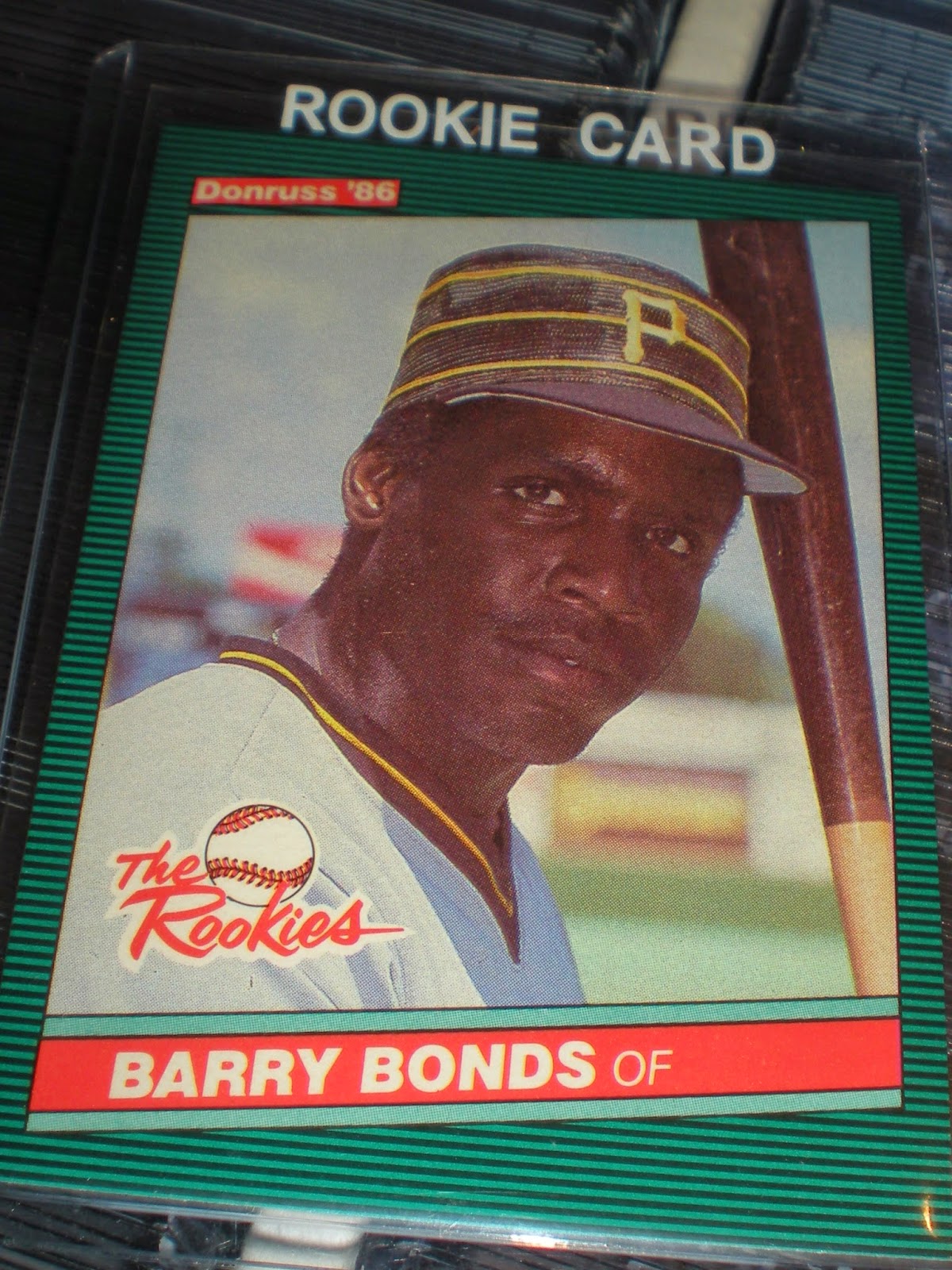 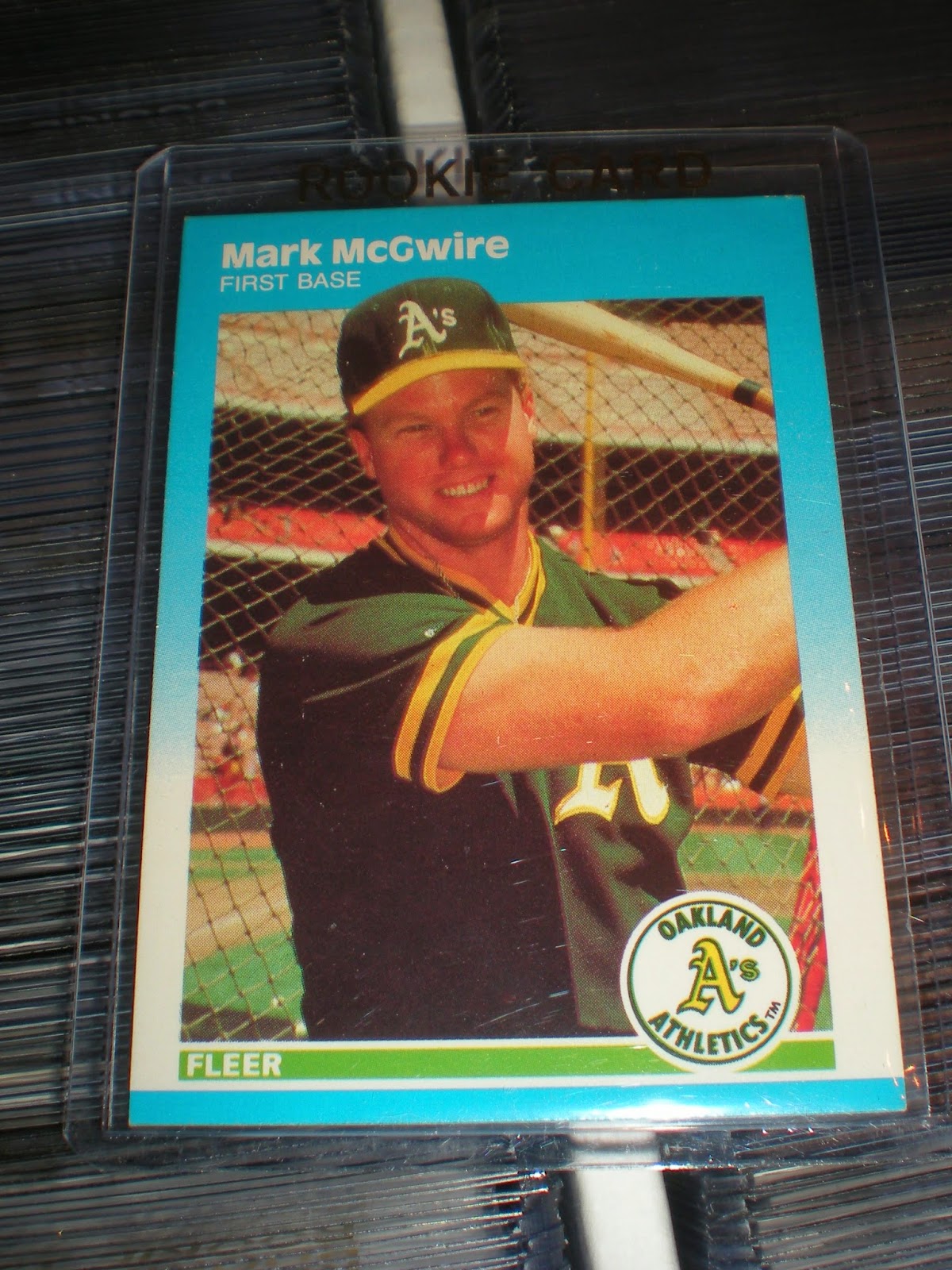 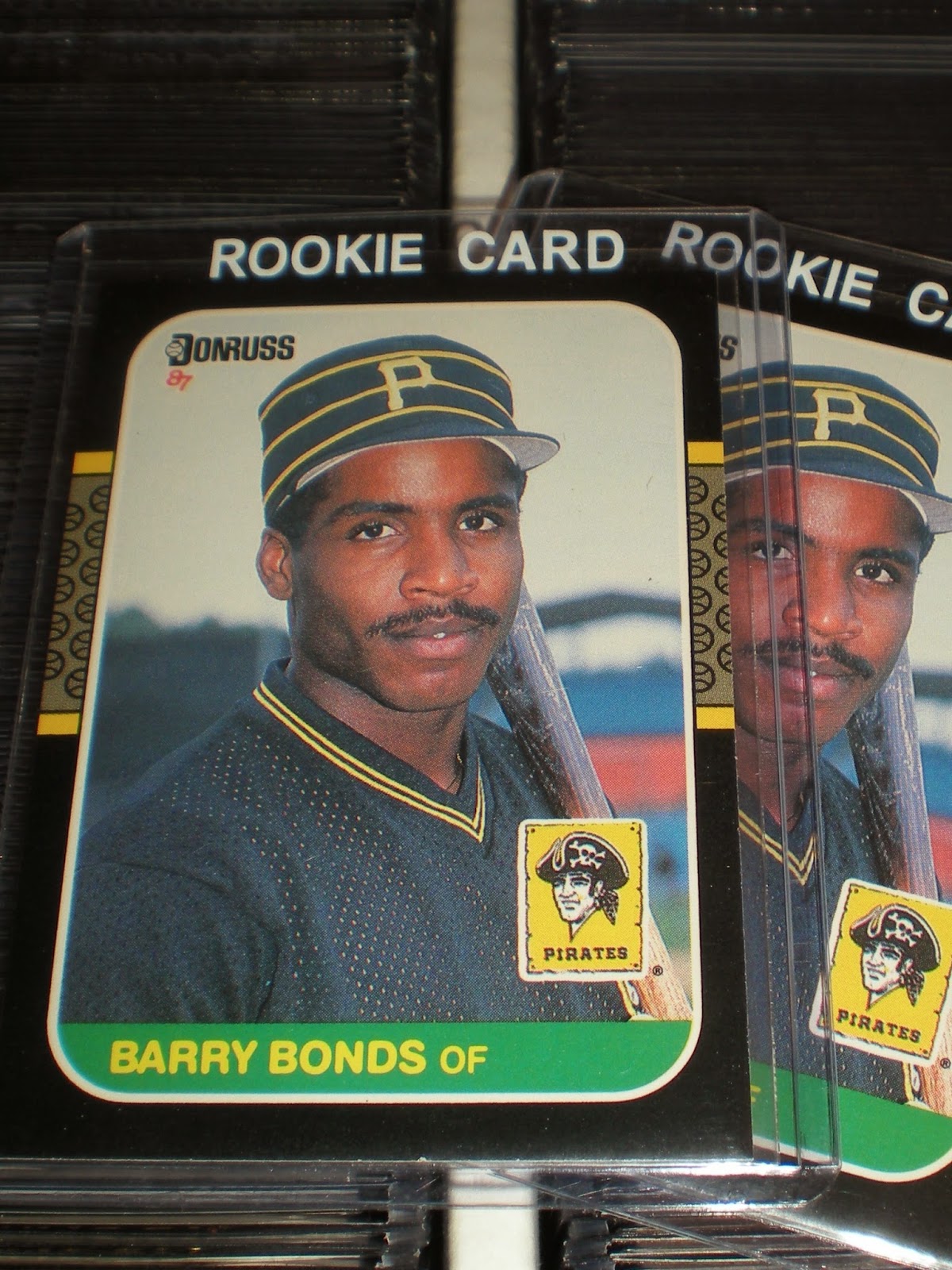 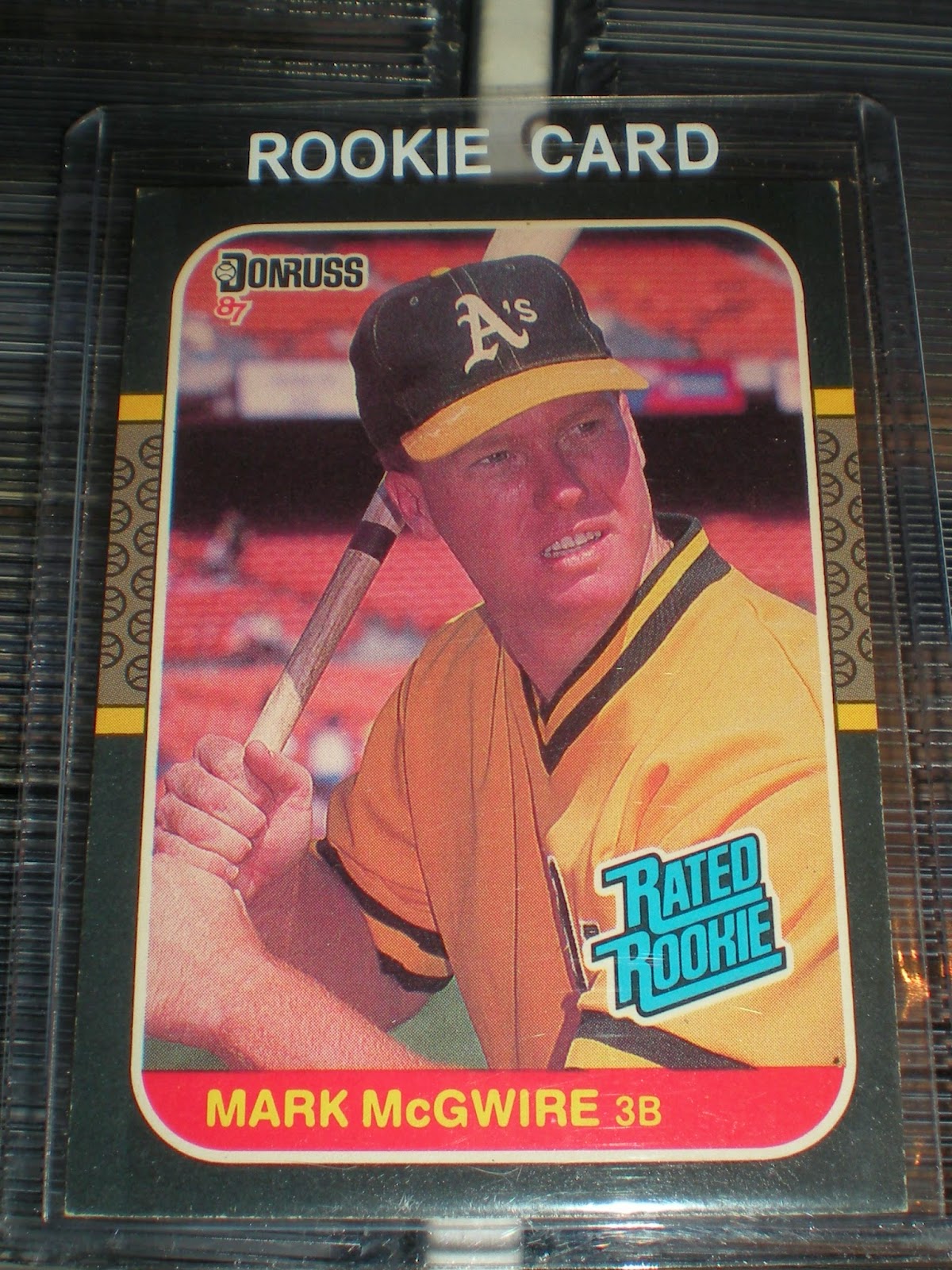 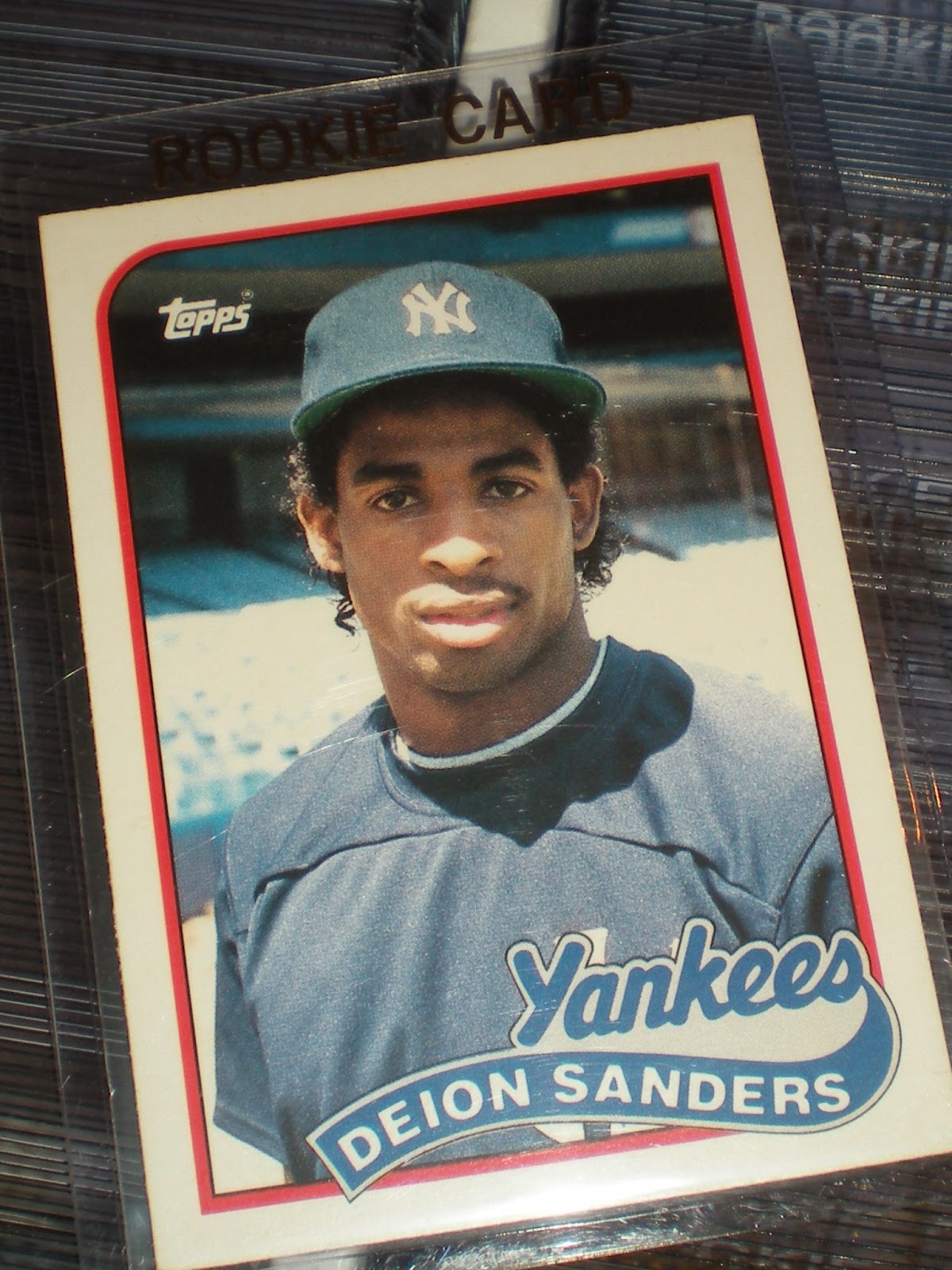 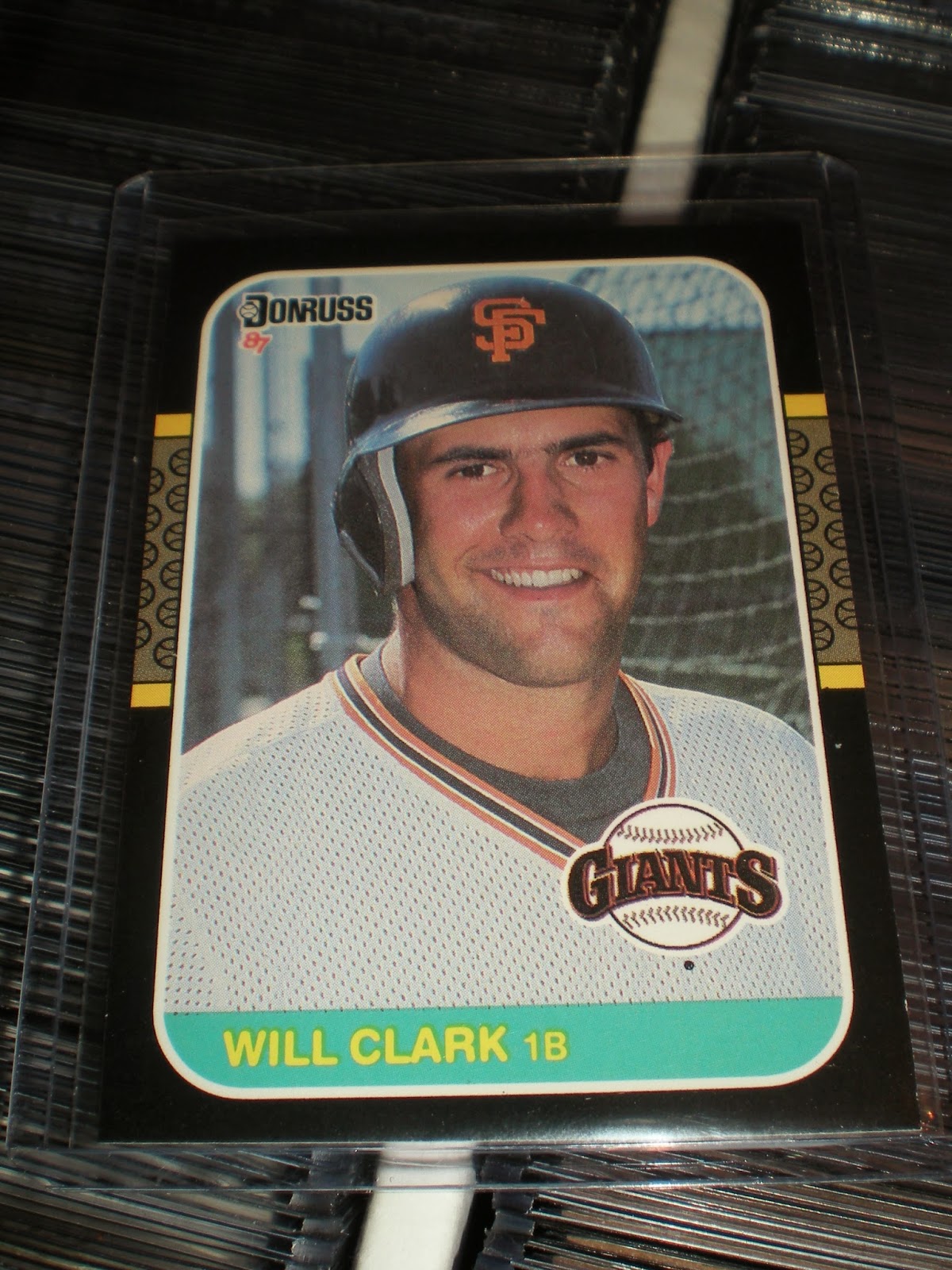 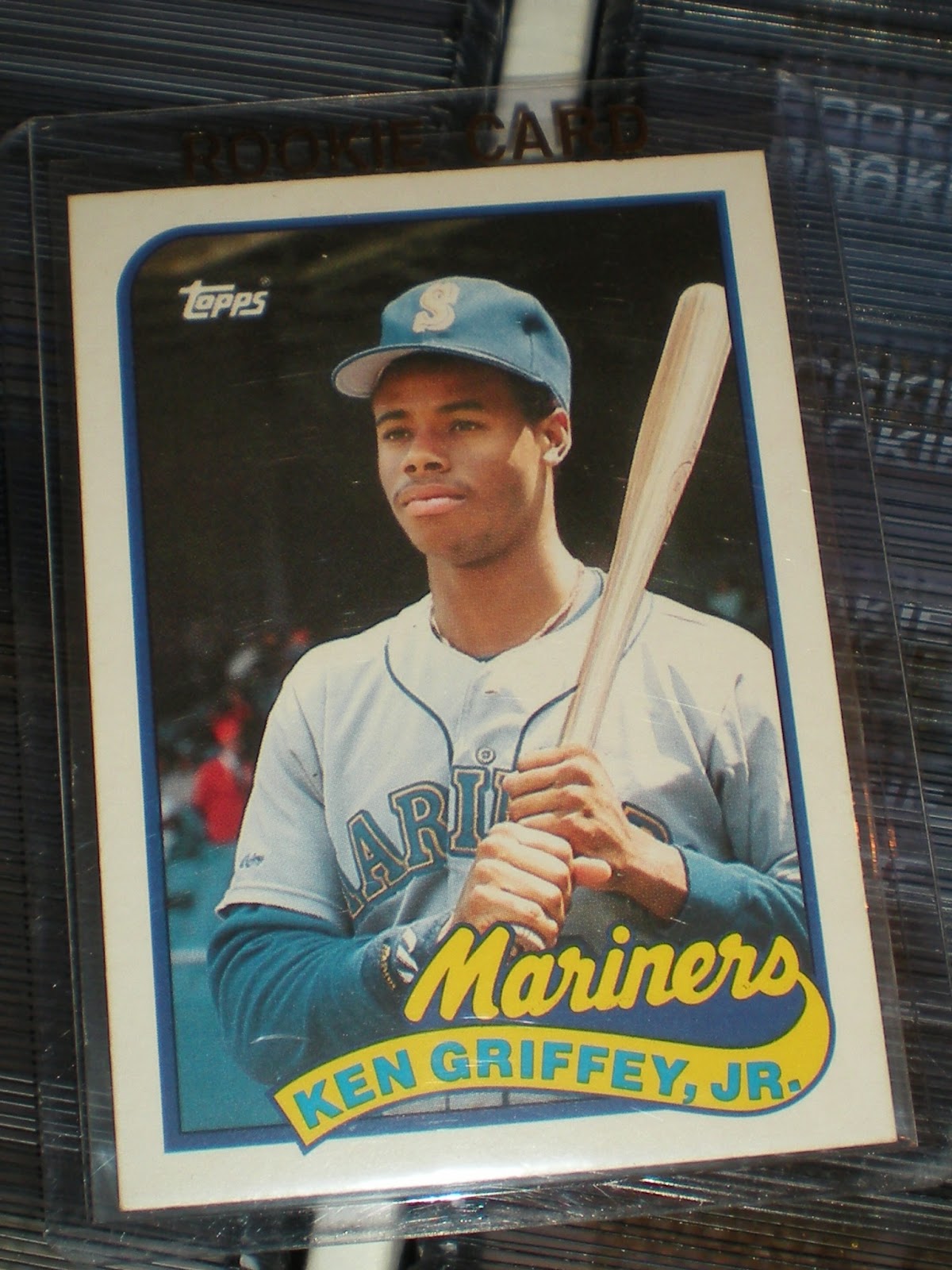 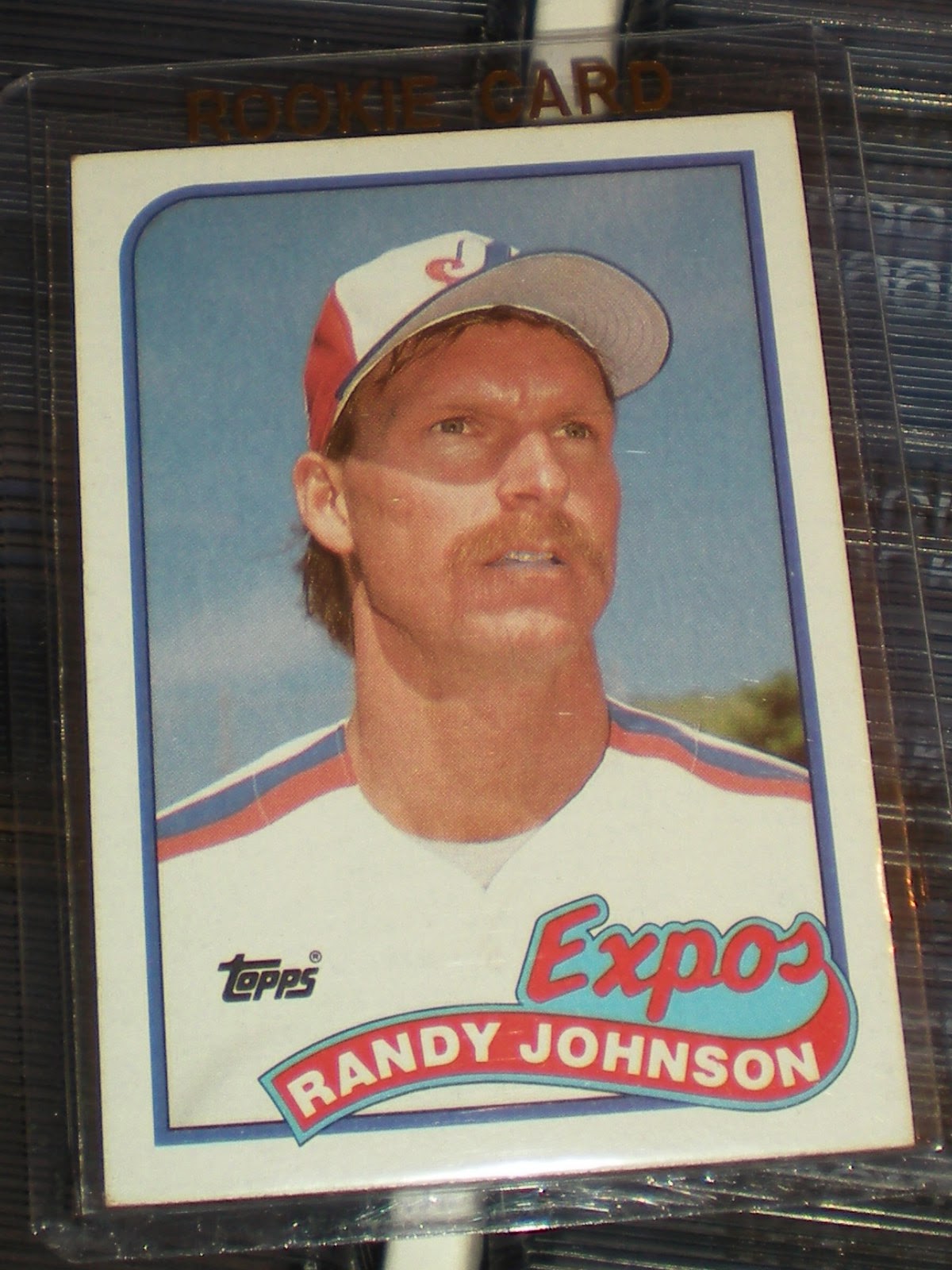 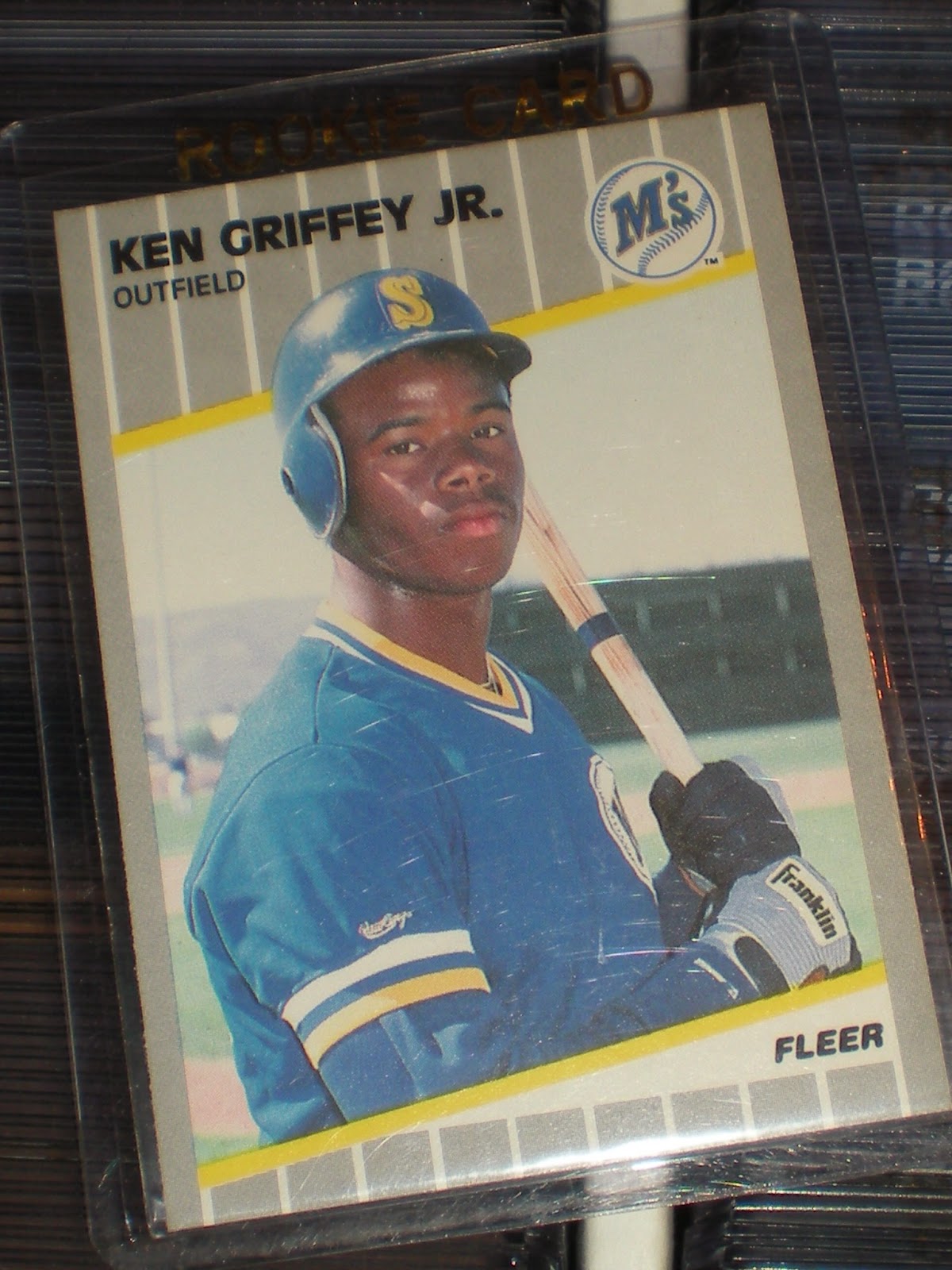