I know.It's way too early.With my luck he'll go 0 for the rest of the season and these cards won't be worth the paper they're printed on.That said,right now their Is very little not to like about the Mets young utility man turned everyday player  Jeff McNeil.Or should I refer to  him as "The Squirrel" ,his newly appointed nickname.Which is probably the only thing I hate about McNeil these days.The kid can hit.He proved It towards the end of  last season and It's carried over into spring training and this  season.There was a point  this year where he got a little homer happy but he's gone back to slashing and hitting line drives which Is really his bread and butter.He was  a .300 plus hitter pretty much his entire career In the minors.I'm looking forward to seeing what he can do throughout the course of a whole season In the majors. 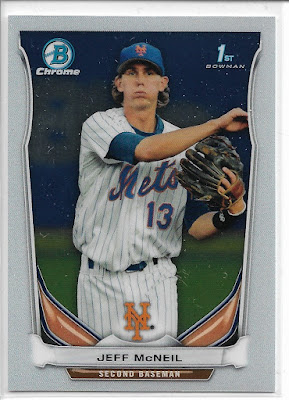 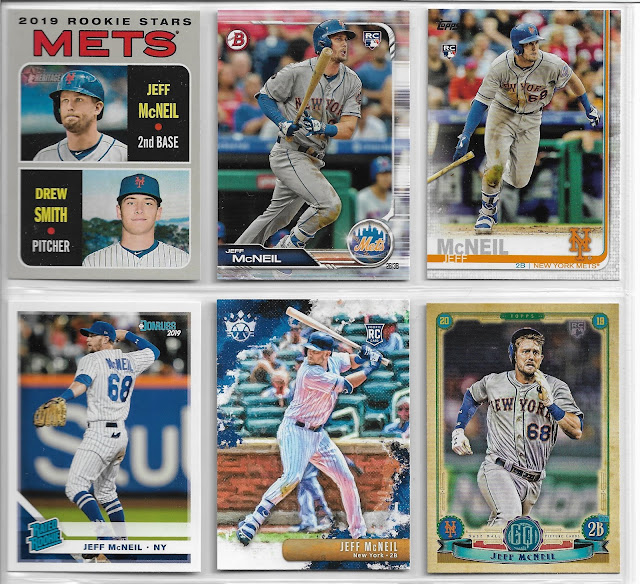 Next we have a PSA 8 1986 Fleer  Update Canseco. I would have preferred an 86 Donruss graded but for now this will do.It's certainly In better shape than the current 86 Fleer Update Canseco I have now,so It's an upgrade. 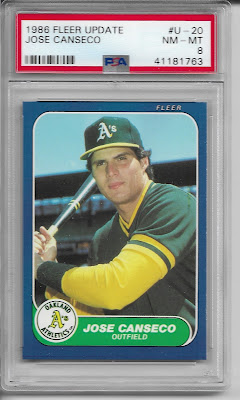 And last but not least,an impulse buy. I've taken a liking to PSA 8 cards. They are super cheap and  In great condition. I think I paid like 3 bucks for this Gonzalez ,and why not?The guy was a stud and I thought it'd be cool to have something graded. HOF?Maybe not but It could be close. 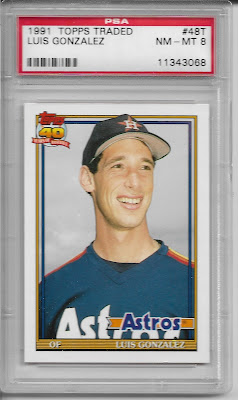 Does Gonzalez make the hall?Sound off In the comment section. I mean, your at my pub .What better place to chop It up  about baseball :)

Email ThisBlogThis!Share to TwitterShare to FacebookShare to Pinterest
Labels: Mets, recent pick ups, Singles Only, The Can Stash, The Can Stash!