I wish I could wax poetic about the reasons why this particular card design tickles my fancy ,but I kind of suck at that,so I won't.In fact I'm not entirely sure why I like these so much.Maybe It's the 80's Trapper Keeper borders.Pardon my french but It's fucking mesmerizing! They also give off that little league ,friendly, baseball card vibe.It's like the camera man said "Hey ,smile!These cards are for kids Starting Lineup action figures!" And the players responded "Oh,Starting Lineups? Cool,CHEEEEZE!" 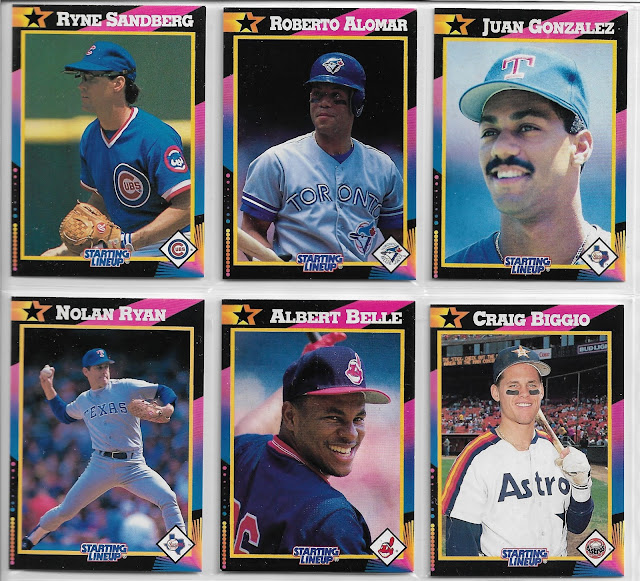 The backs of most Starting Lineup cards have pretty much remained a constant over the years.Full career stats followed by a facsimile autograph.If anything these were great references when/if determining whether  a players auto was real or fake. Nolan Ryan's career was so lengthy they barely had space for his autograph. 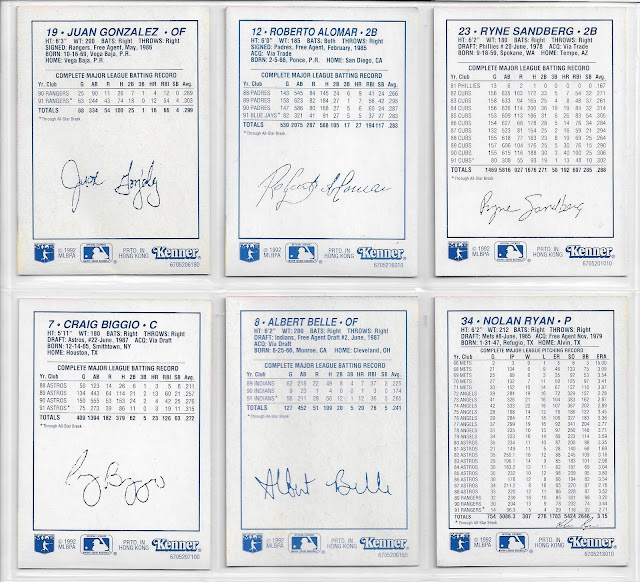 What do you guys think?What's your favorite Starting Lineup card design?And will you be voting for creepy Joe Biden If he runs In 2020?