On The Hunt For Dak & Ezekial

I'm still trying to pull 2016 Rated Rookie cards of  Dak Prescott and Ezekial Elliott.I don't have a disposable income that would allow me to achieve this with a simple box break.I go the route I went as a kid  ,buying packs here and there.To me the reward is even bigger because of the odds. Ebay will be my last resort. The other day while out picking up some pet supplies for our new German Shepherd pup  ,I stumbled across the last two packs of 2016 Donruss and one straggling 52 card pack of Score football.No Dak or Ezekial,but a nice sneak peak at Score and some ok Donruss 2016 cards. 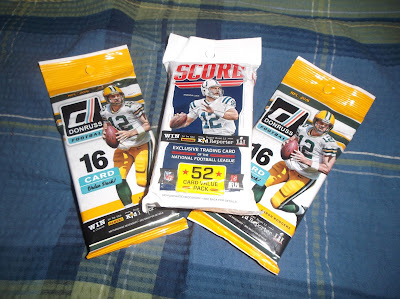 I haven't picked up a pack of Score anything since  1989 ,when It was only couple years old.And that was baseball. Their NFL cards have been out for a while now but this Is my first pack.They're decent looking cards  that get the limited foil treatment,but limited ca be a good thing.In this case It's just a couple of subtle lines above and underneath the players name,team and position. 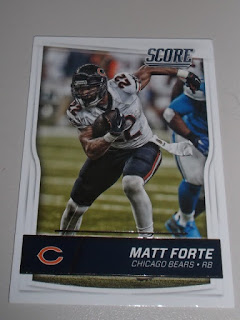 Score wouldn't be Score without the player photo on the backside ,even If It's the same as the pic on the front. 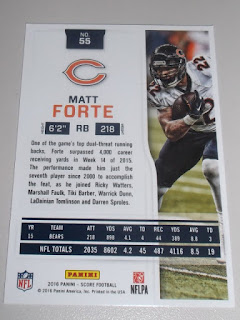 Dang!I thought Karlos Williams would play a part In the Bills future running game,maybe even become their primary back.He's  been released by the Bills picked up by the Raiders and Is now serving a suspension. 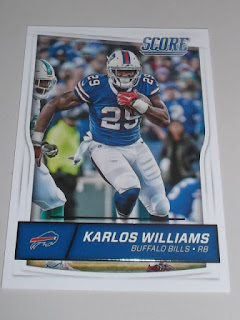 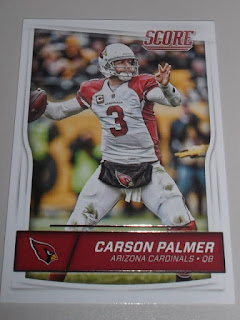 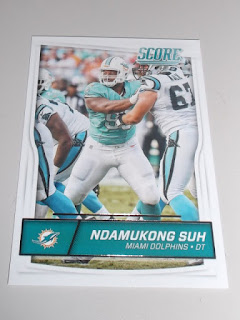 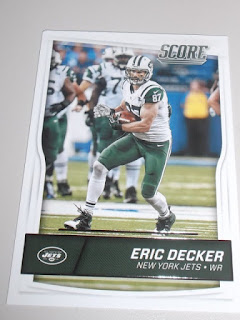 RC's feature players In their college get ups. 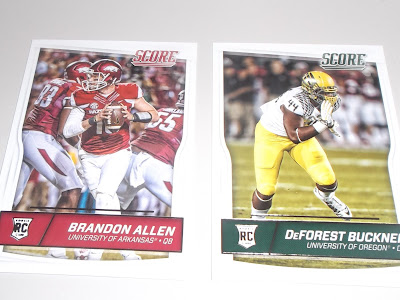 A couple of nice inserts. 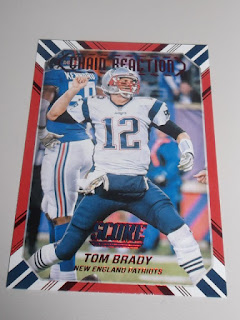 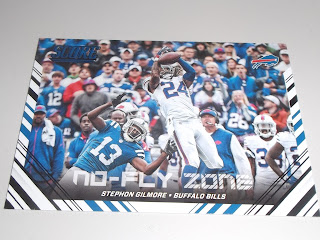 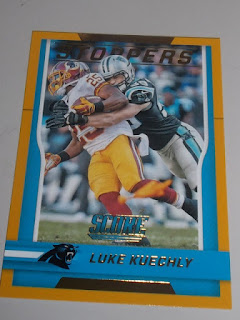 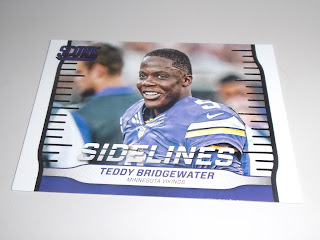 This time around the Donruss packs yielded a little less than the first three I picked up a while back.I really dig the Bo Jackson,though.Such a nice card.Love the grey and black. 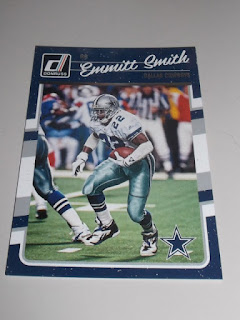 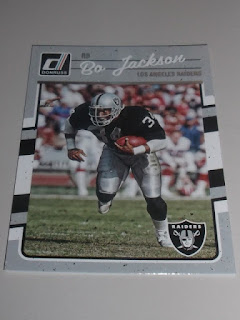 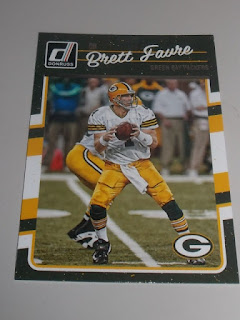 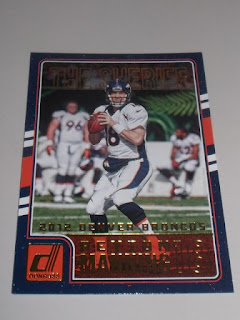 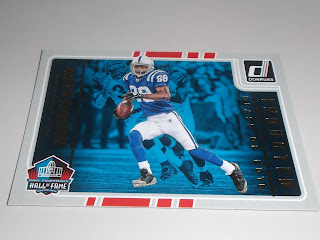