Back In 2001/2002 I was heavy into drugs..oops..sorry, freudian slip...into collecting McFarlane sports related statues.This was before the lid was blown open on steroid use In the MLB,so naturally I amassed a small collection of MLB stars that today have all been ousted as being heavy steroid/HGH users.I picked up Bonds,Sosa,McGwire and A-Rod figures thinking to myself that all of these guys were sure fire Hall of Famers and that their figures would undoubtedly skyrocket In value.I was wrong :( But that's the business side of buying up sports memorabilia.Your assumptions about a player or players career/memorabilia value will ultimately make you  look like a prophetic sports savant or just a flat out ass.Luckily no one has decided to rat out the NBA..YET,so my decision to pick up NBA figures as well ,may pay off in 20 years or so.I had originally planned to keep these guys carded but sheer boredom got the best of me. I've since broken open my  2002 McFarlane Shaq and would like to share my experience with you! YAY<sarcastically> !Lets take a look at the packaging from various angles. 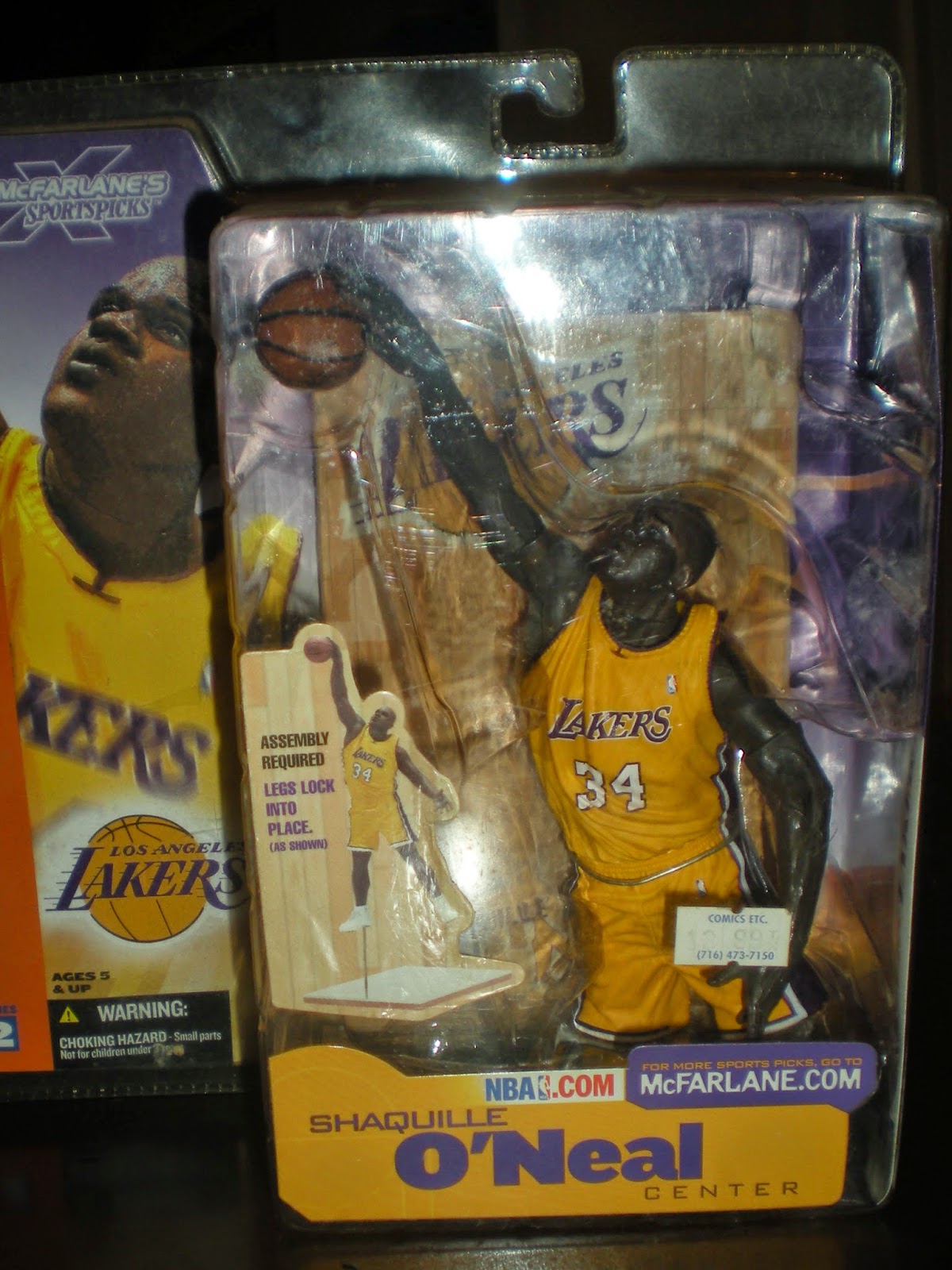 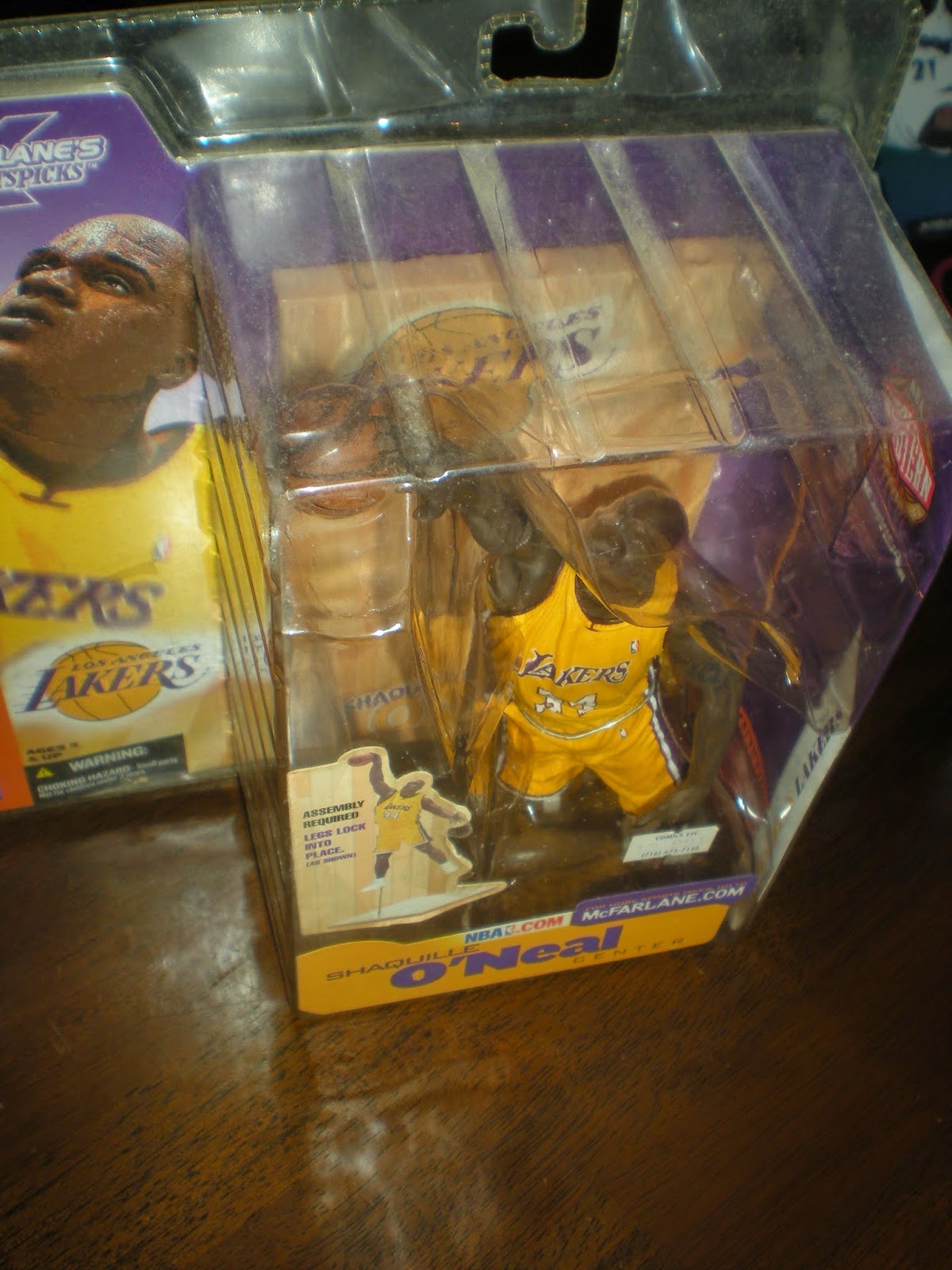 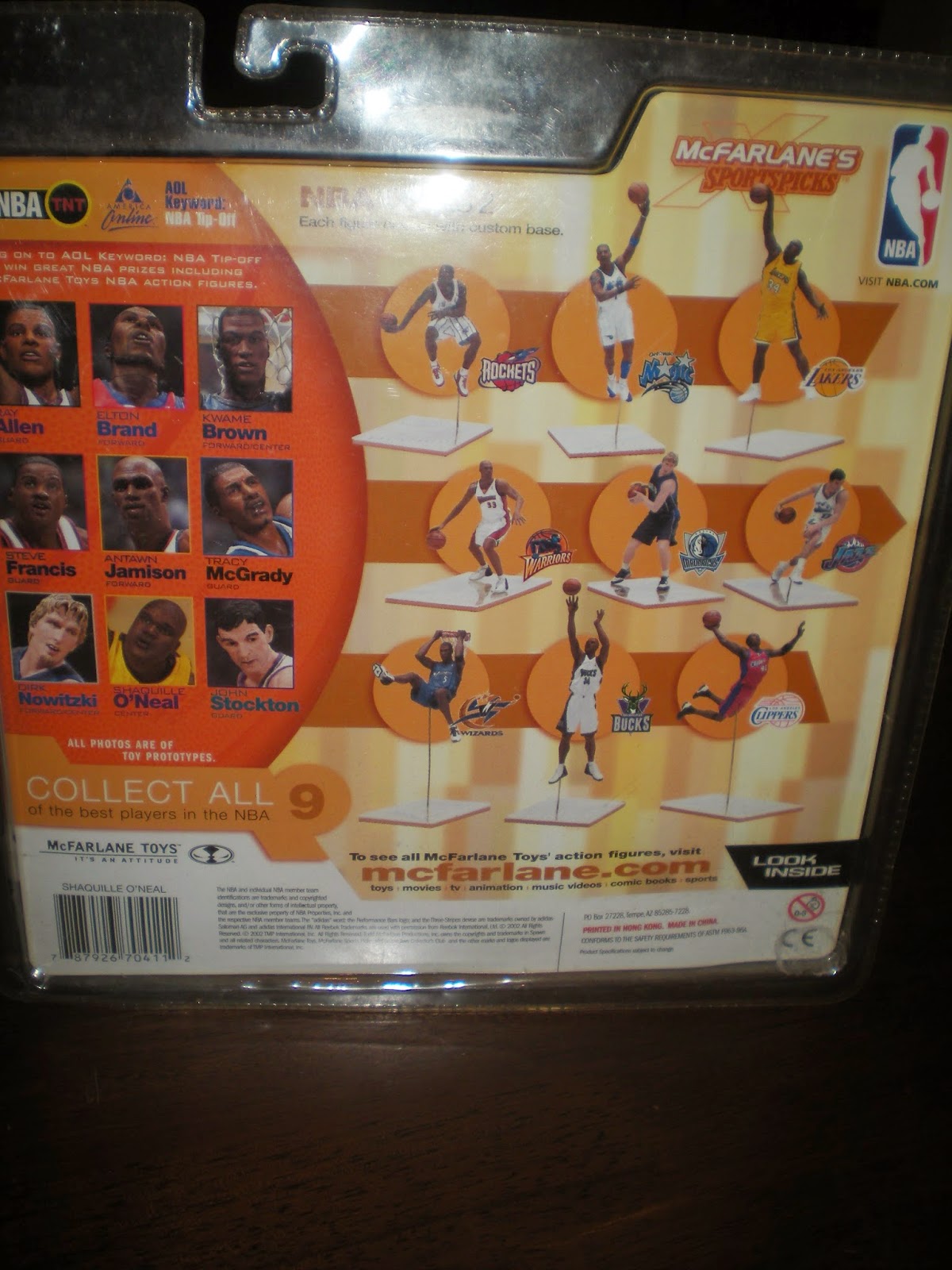 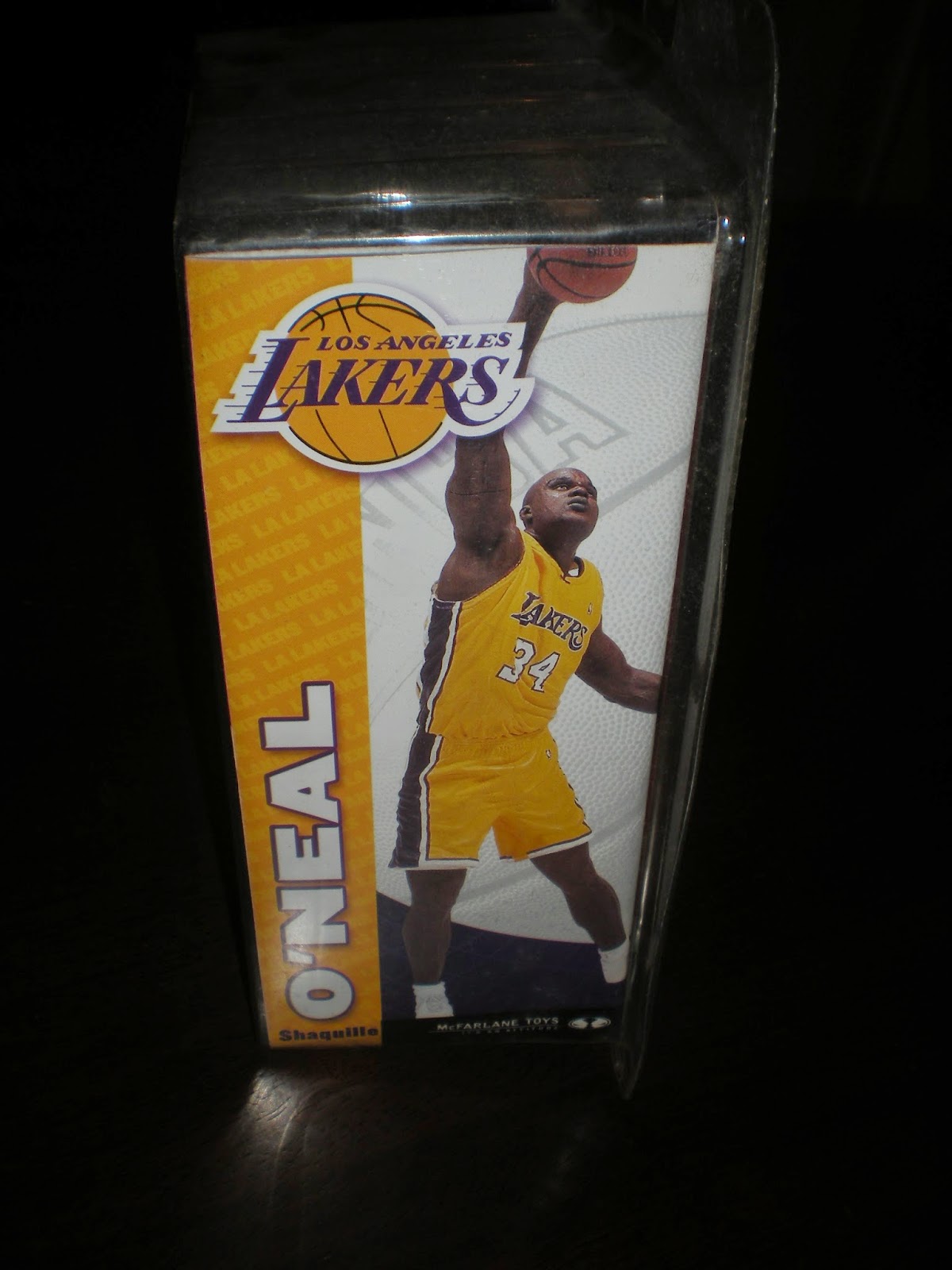 Time to open this puppy up! 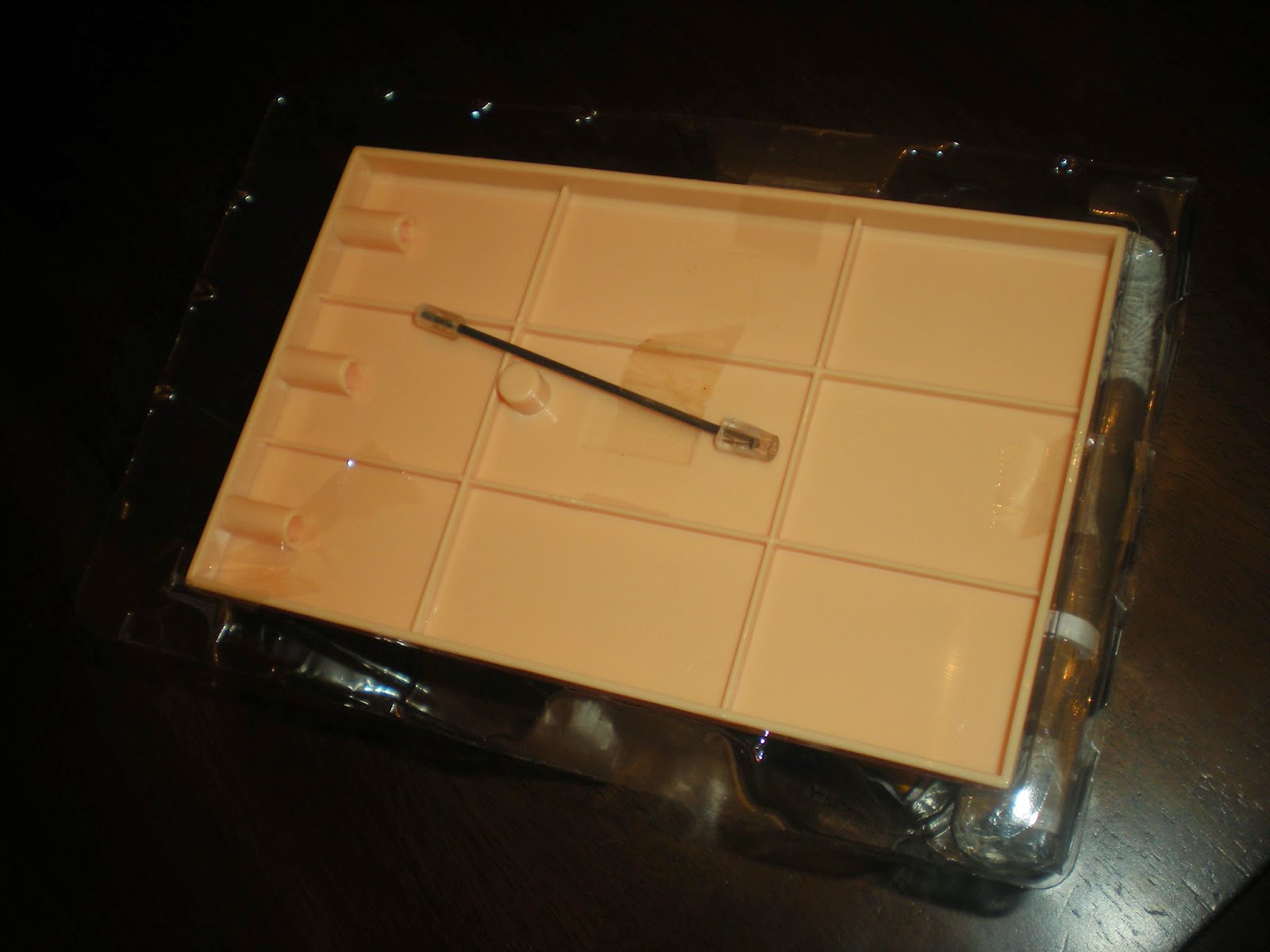 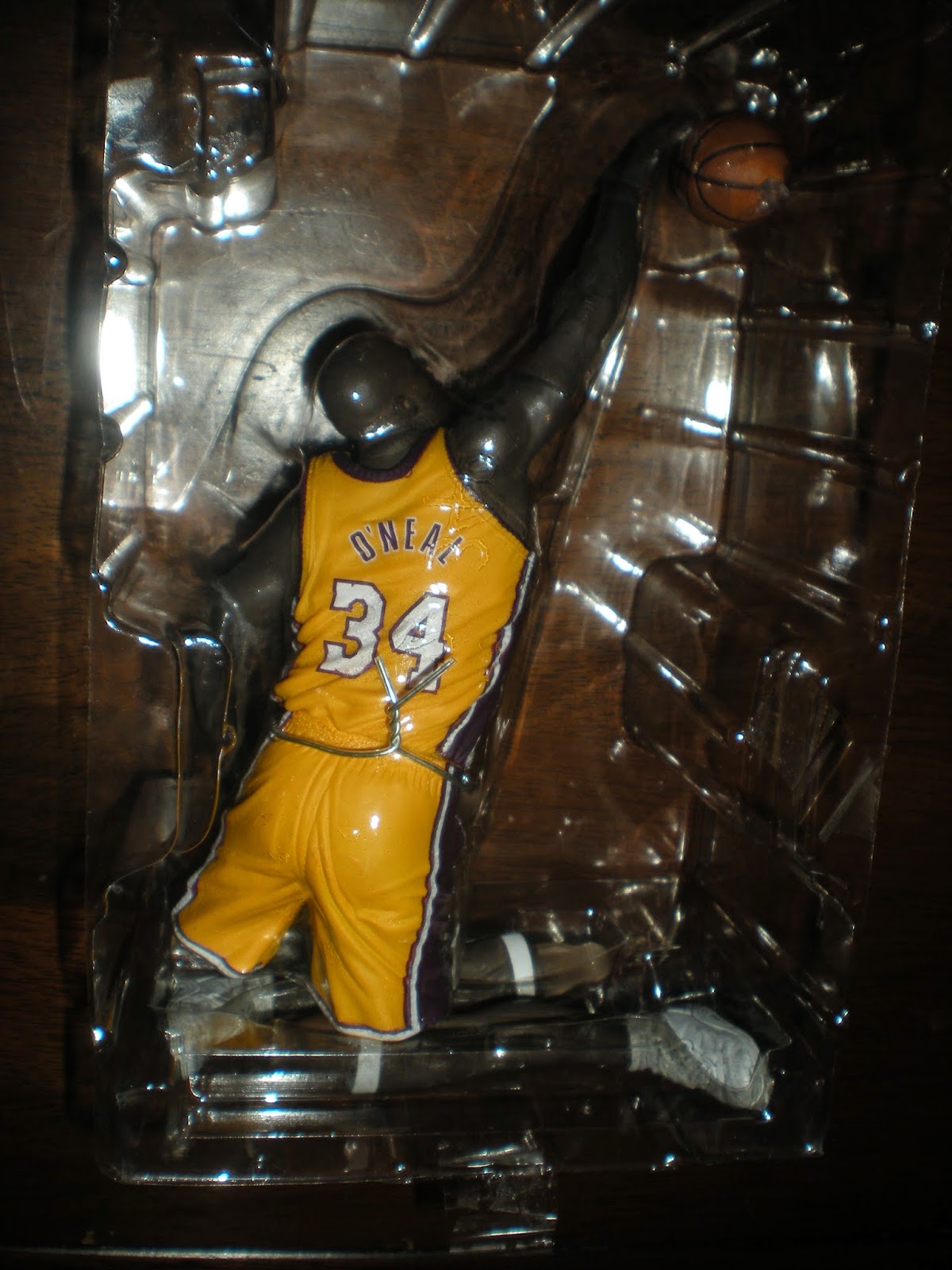 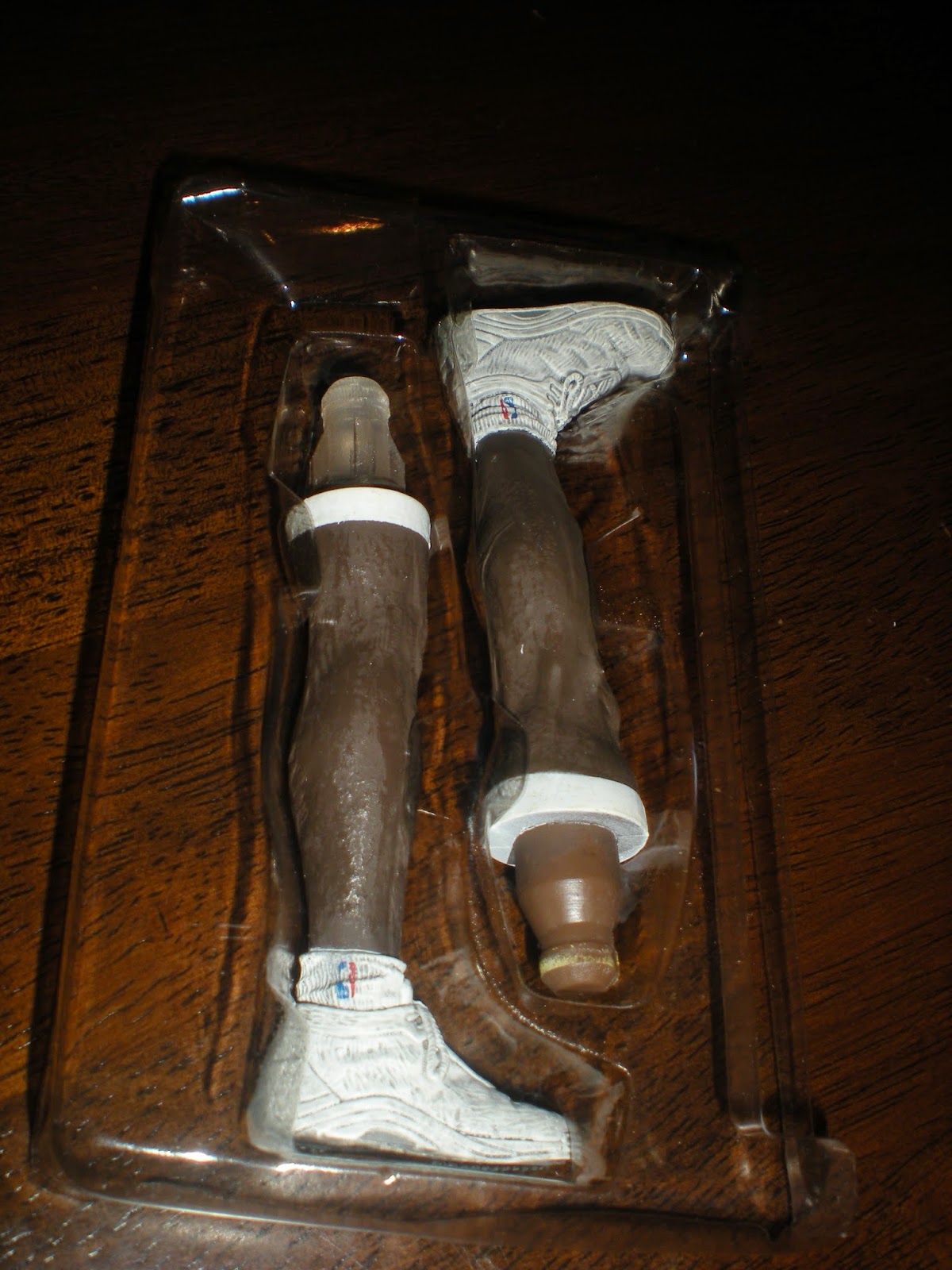 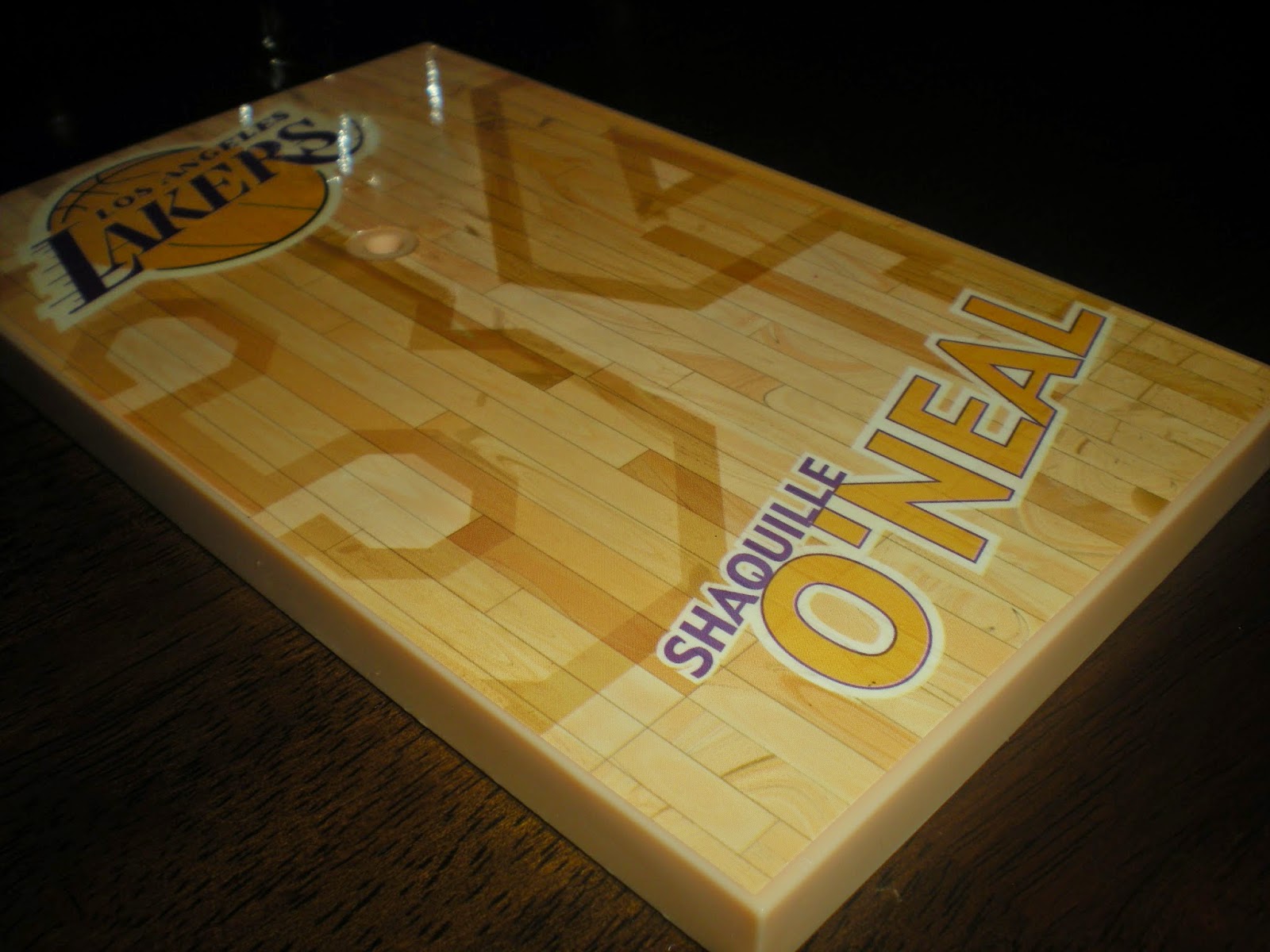 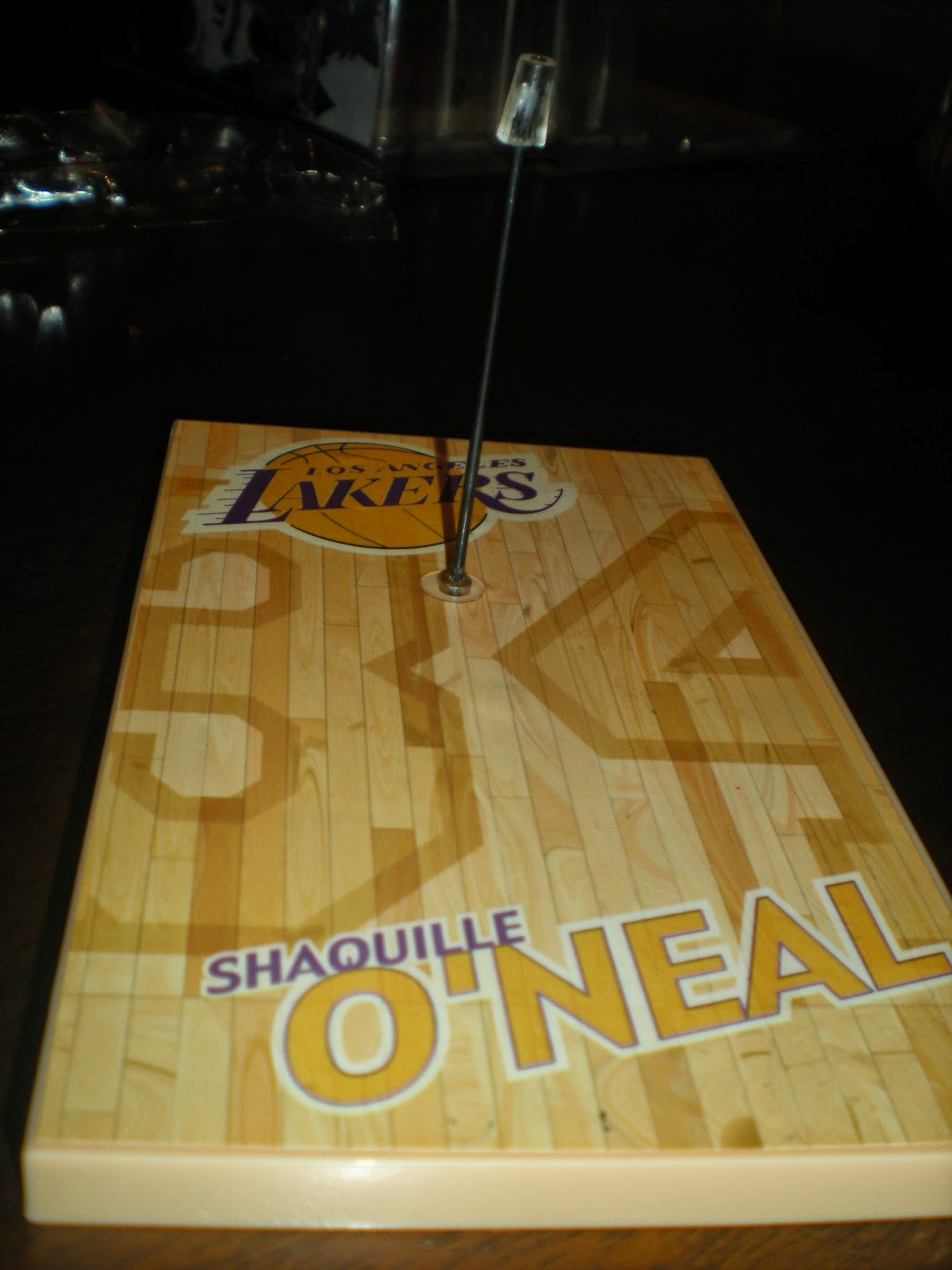 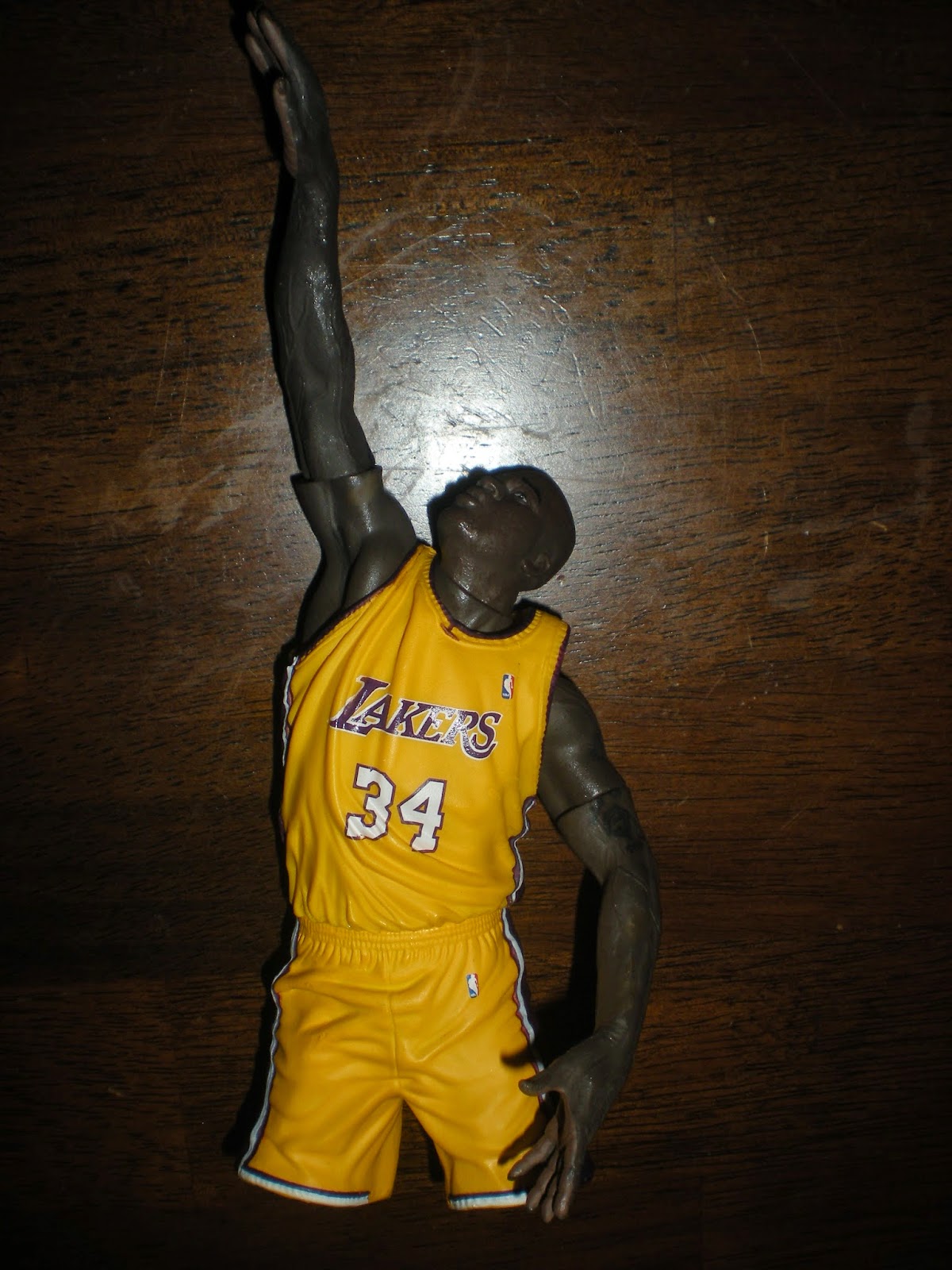 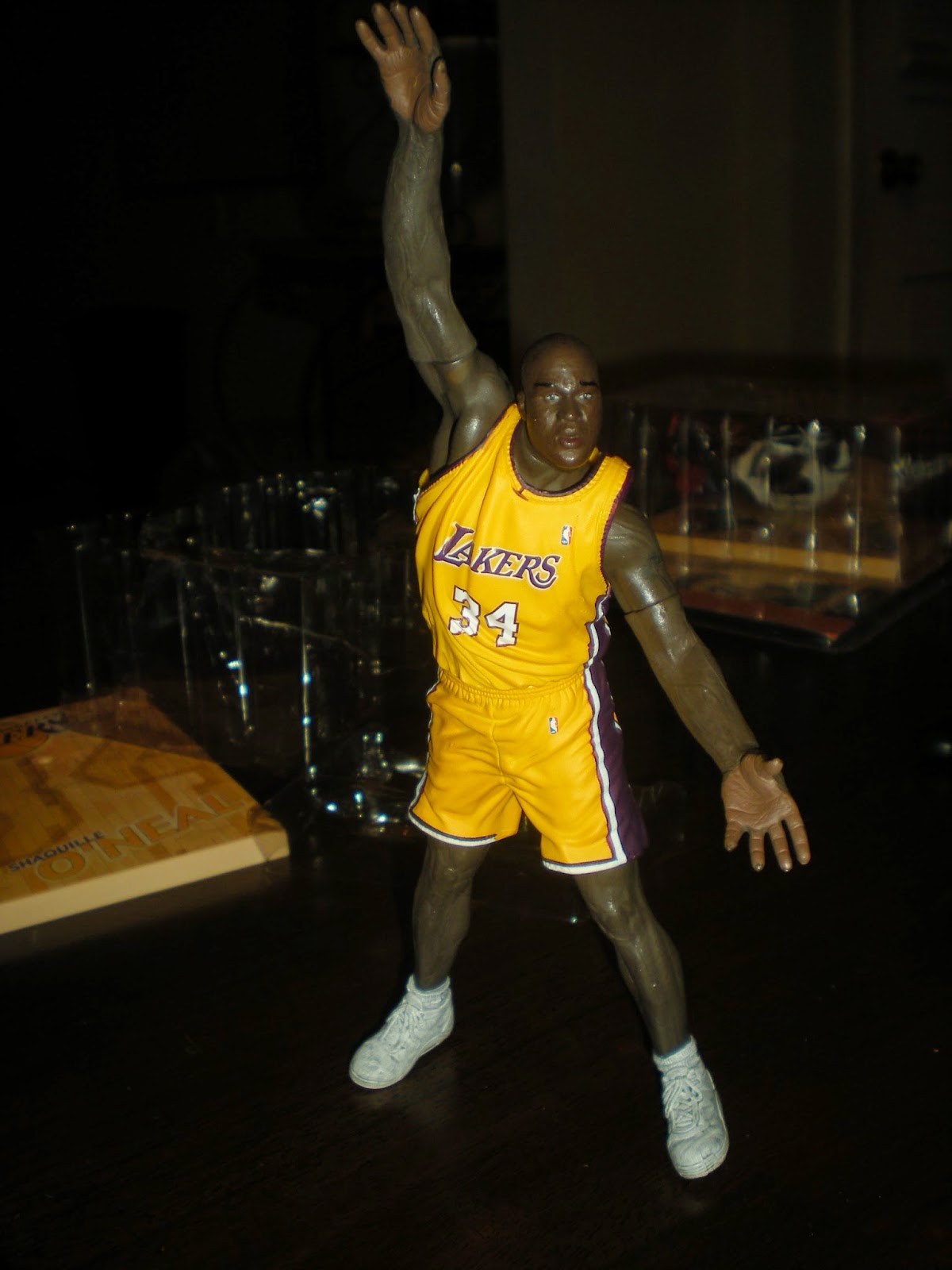 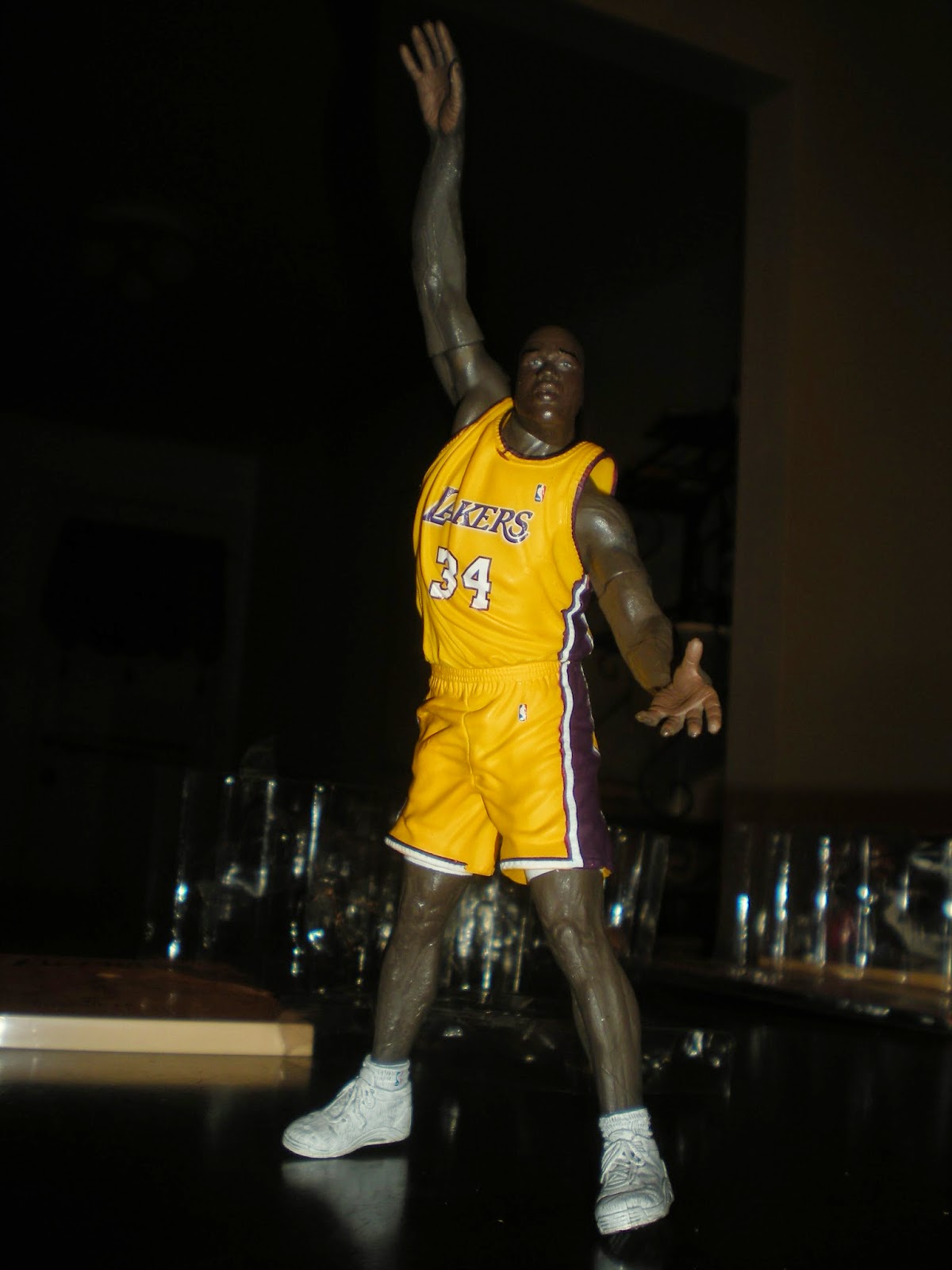 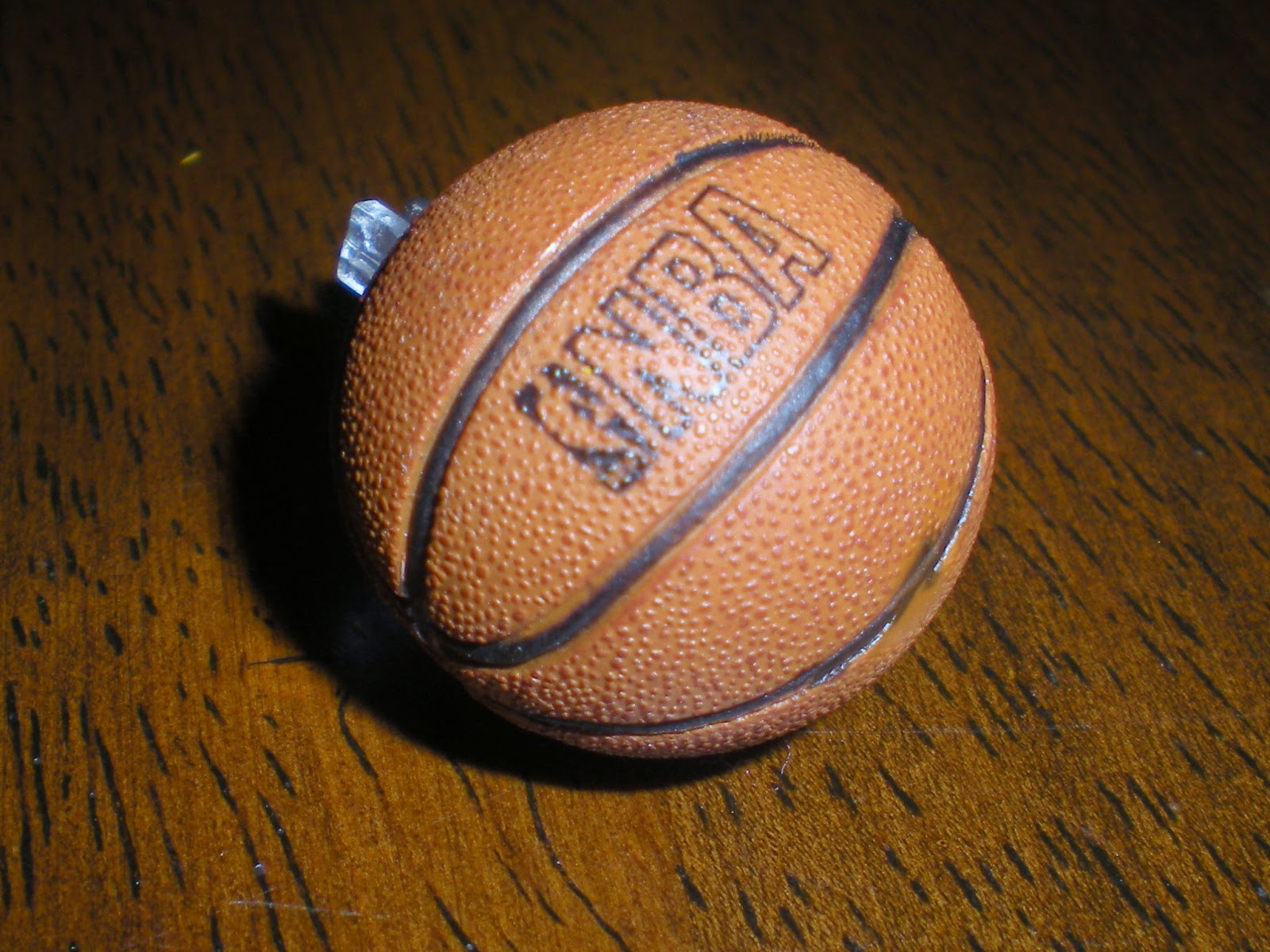 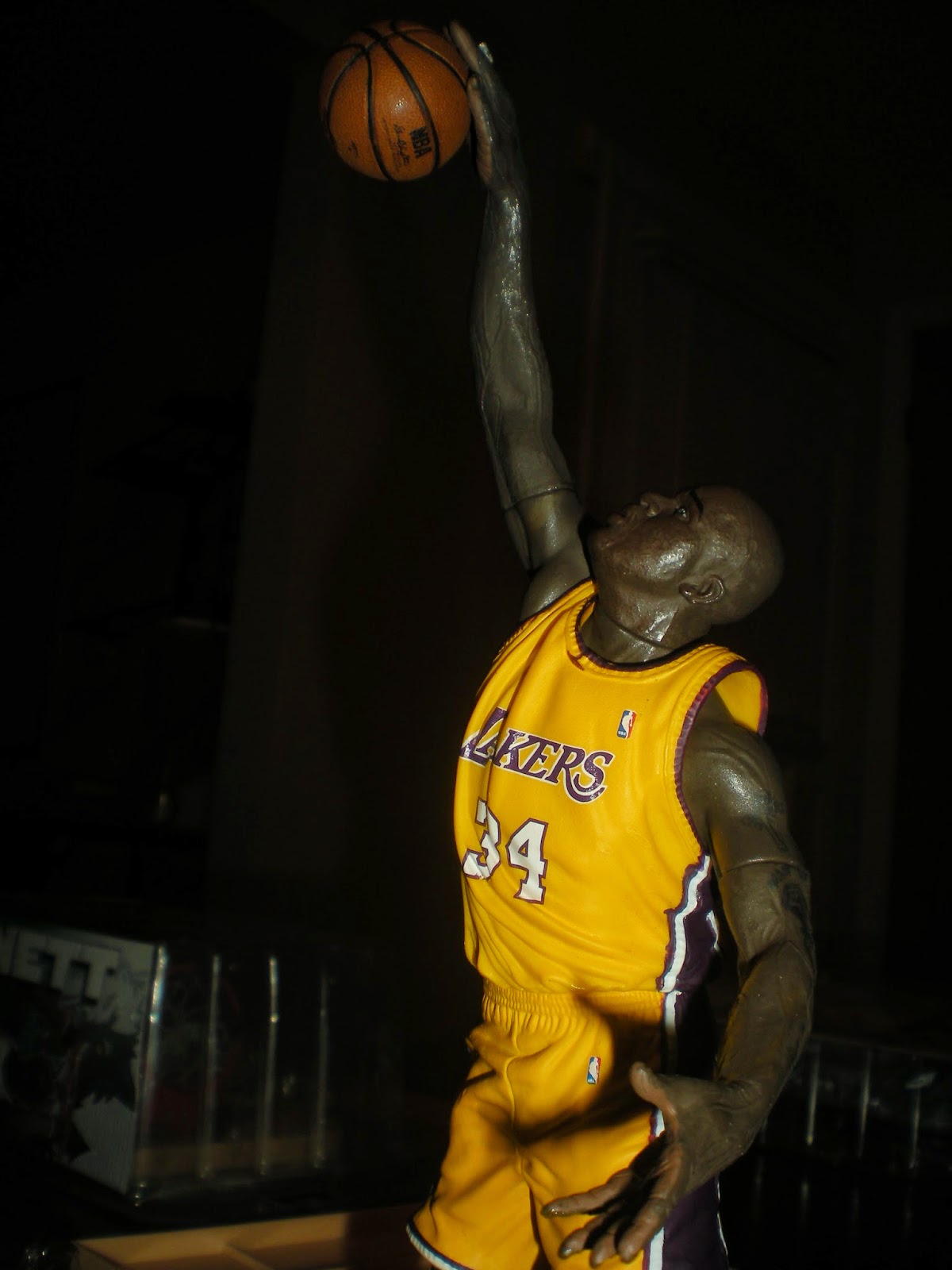 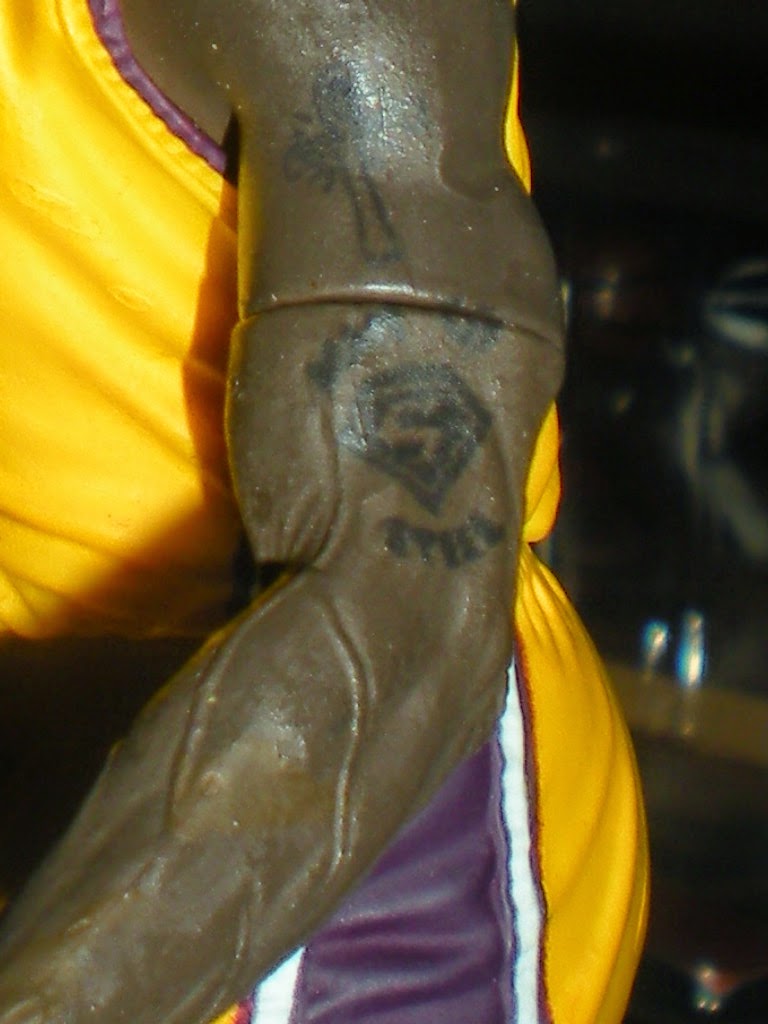 Here's Shaq In all his action figure glory! This Is a really nice piece and the likeness Is right on the money. McFarlane did a great job with this one! 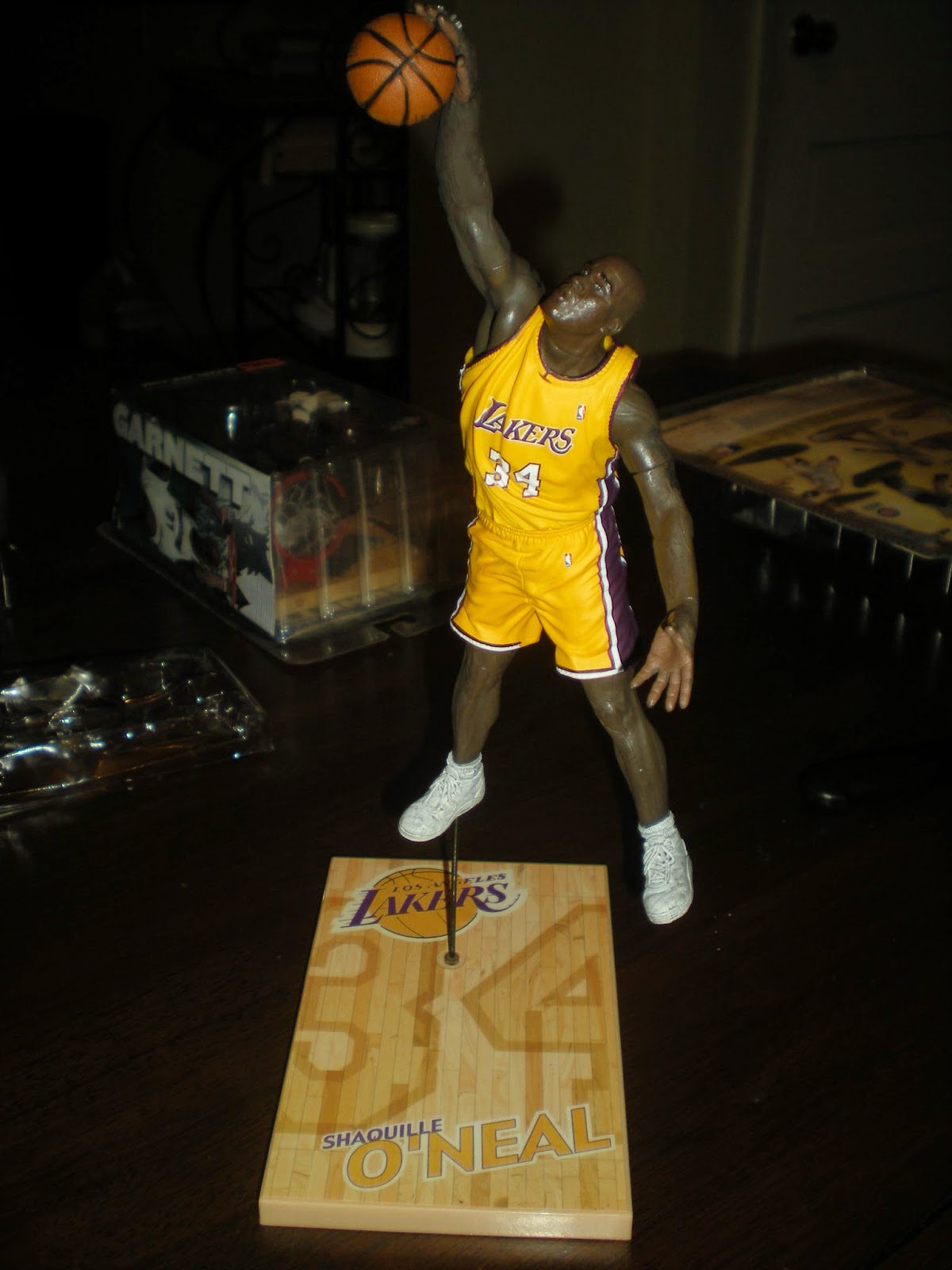 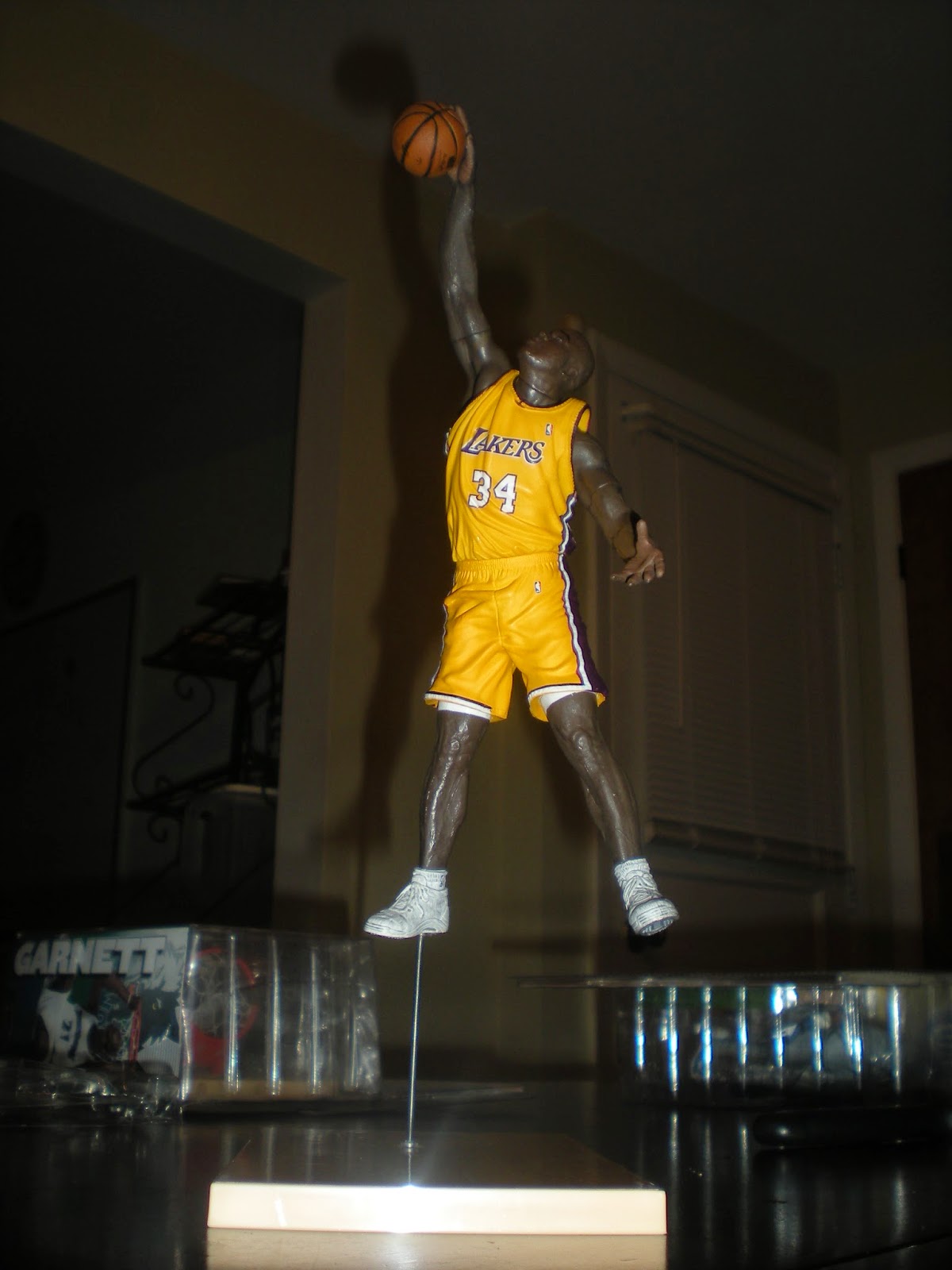 Next will be taking a look at Sammy Sosa,stay tuned!
Posted by Big Tone at 8:13 AM