I got to reminiscing the other day about my childhood sandlot park.I got an idea to swing back by for old times sake and snap a few pics for the blog,but decided not to.The neighborhood isn't as nice as It used to be and I'm streetwise enough  NOT to  be out there, carelessly snapping pics .Fortunately Google has no qualms about It!I took to Google Maps and from the safety of my desk and PC , took screenshots of  my old stomping grounds!Is this even legal?Not sure but for nostalgia's sake, here goes nothing!I present to you...Bay St. Park!


Here's the side view along the Left Field line .

Here's the front view,behind homeplate. That makeshift garden  Is new and was non existent  back when we played there as kids.Those gates on the far right side were always locked .We'd have to squeeze In between the master-locked chains In order to gain access.Most of us lived right on this street. 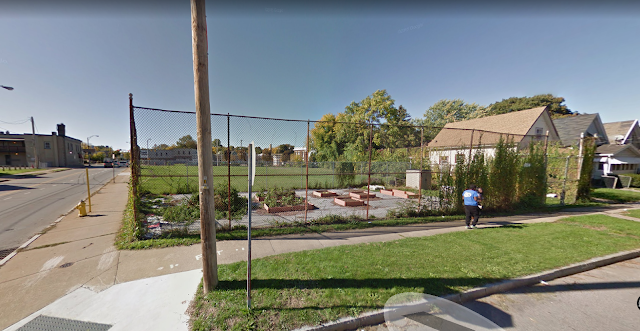 Here's an overhead view. Isn't that beautiful?!?There really weren't any foul lines or even a diamond for that matter .That fence is about 15 ft. tall surrounding the entire park.It was our version of The Green Monster.We just decided how far apart the bases would be and placed them accordingly. 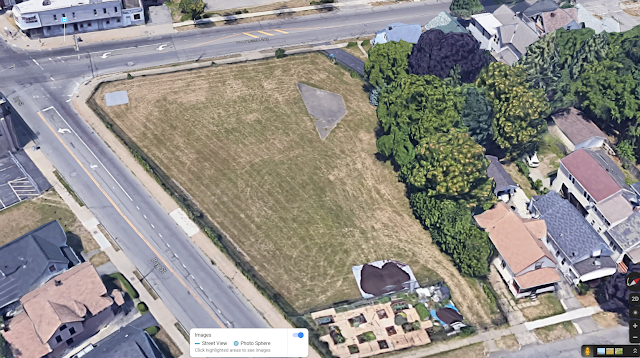 I diagrammed It out so you could see how we set up the playing field.As we got a little older ,we actually started hitting balls over the 15 ft. fence If you can believe It ,lol!Damn,good times! 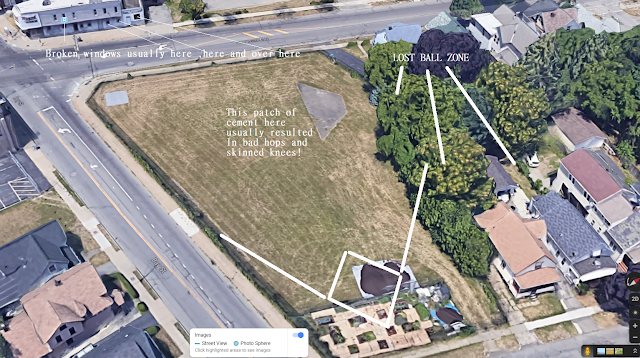 Poor Royal Cleaners :(  They got the worst of It.Not only did we manage to shatter their windows but also cars driving by would get the unsuspecting drive by balling LOL!Most of the time they'd just keep driving but there were times when we'd get chased off the field by angry drivers.So much fun ,though!I still get a little choked up every time I happen to drive by It.I'll tell you this,Bay St. Park will forever be a part of me.Thank you! 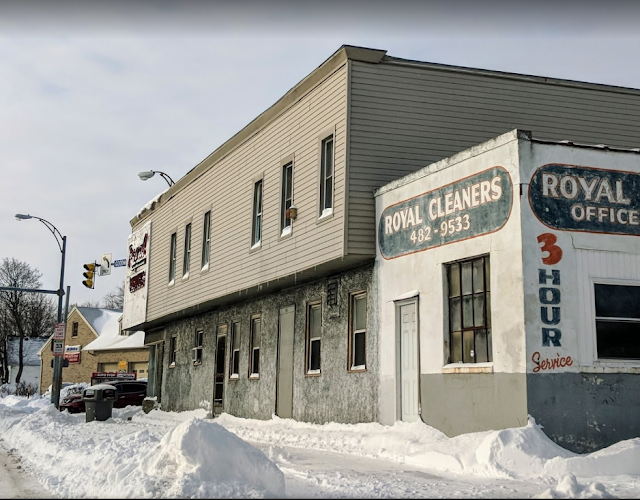