I still get a kick out of collecting rookie cards.But why?What's the psychology behind It?I could tell you why I did It as a kid.In price guides ,rookie cards were always worth the most.So naturally,rookie cards were what I looked forward to pulling when opening packs upon packs of 1989 Topps. I couldn't get enough of those Future Stars cards.Even though  I sometimes hoped my  more prominent rookie cards  would accrue value over time,I lived In the present ,concentrating more on what kinds of immediate returns I could get via trades with friends and other collectors.

As I got older I became more of a prospector.I'd pick up lesser valued rookies In hopes of them making an impact In the majors.That only worked once for me.I picked up a 1990 Topps Major League Debut Sammy Sosa card for  fifty cents ,years before the home-run barrages.Note to self-Find my 1990 Topps Major League Debut  Sammy Sosa card.I'm sure It's still floating around somewhere In my dilapidated collection.

Today ,the RC  Is still my favorite kind of card to collect.That's a good thing  seeing as how Topps has decided to slap the RC logo on EVERYTHING!It's whatever ,I guess. I don't prospect anymore.I'm kind of a front runner waiting to see If a player develops into something good  his first couple of MLB seasons before  snatching up their rookie cards.My most recent pick ups will attest to that.

I'm way late to the Ohtani party.That's cool,though,because showing up to the party late means smaller crowds and less raucous. Juuust how I like it ;) 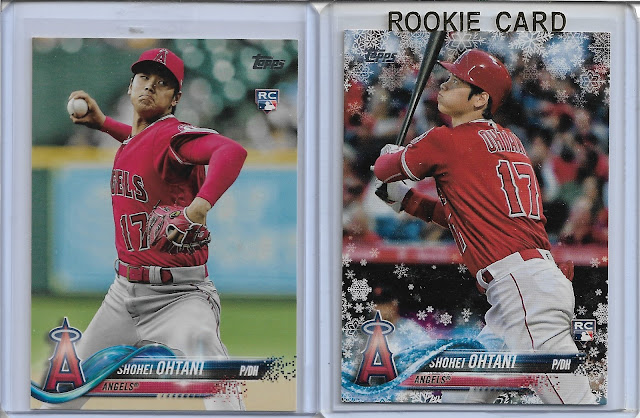 What Is It with Philly and their influx of stud first baseman?I knew Hoskins would be something special  early In his career.Ironically ,I have him paired up with division rival and newly acquired Met Marcus Stroman. 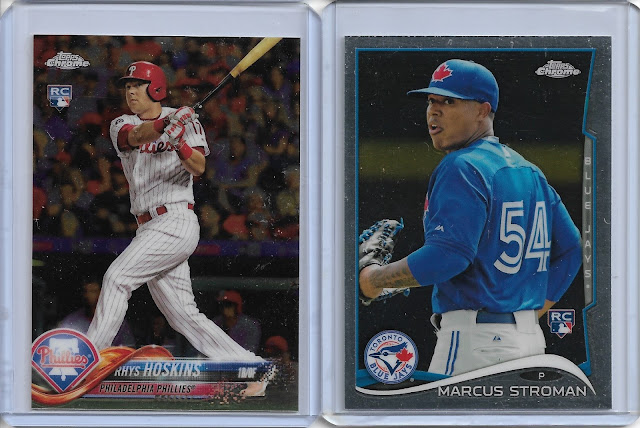