Those of you who collected baseball cards post 1980's will never know about the investigatory process that took place every time a new wax pack got ripped. Take today's rookie cards for instance.You know when you pull a rookie card because of  the "rc" label ,right?Such was not the case back In our days.No siree !Most 80's Topps rookie cards looked just like the base card of a 12 year veteran.Occasionally you'd get a future stars card depicting three of the teams/leagues brightest rookies ,but that didn't stop Topps from giving first year players their own ,individual cards.And that's when the profiler In all of us kicked In. Hmmmm?Who Is this guy?I've never heard of him.He's not an established star.He looks rather young.I need answers.I'd better flip the card around.And that ,my friends,was how we would ultimately come to the realization that the card we held In our hand was ,indeed ,a rookie card.The backs of our baseball cards told the story.The list of minor league seasons followed by that solitary major league season  was all the evidence we needed.If his career numbers matched that one major league season on the card back stat roll  then BINGO,we had ourselves a rookie card!Assuming you knew the difference between minor and major league teams (you don't know how many kids got shafted that way).That ,to me,was always a fun part of the hobby.The digging.Investigating.I miss that. 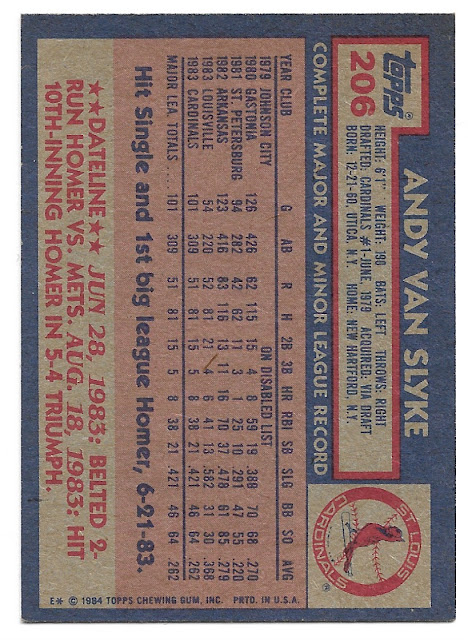