Guys Who's Rookie Cards I Though I Was Lucky To Own V.2

Fernando mania!No,not Valenzuela but Martinez.F-Mart,The Golden Boy...yeah ....uhm....no.I don't think Martinez ever hit higher than .240 In any one major league season.The guy looked the part ,played some decent outfield but never turned out to be anything but a trade chip.I think he plays In the Mexican league now. 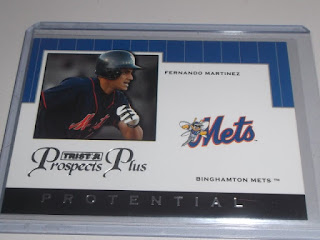 The legend of Felix Pie!Oh man ,did I hunt this card down relentlessly!I have this thing where I think a player will be a star just by looking at him.The name Felix Pie had hall of  famer  written all over It.That last name,Pie.It means foot In Spanish and a form of pastry In English.This meant he was going to be a fast runner and a sweet hitter.I had It all figured out.It was settled.The Cubs had hit the jackpot with this one and so did I when I pulled this chrome beauty out of a box I ripped  back In 2006.Truth be told,Pie flopped In the majors.But this Is still Is one of my favorite cards In my collection. 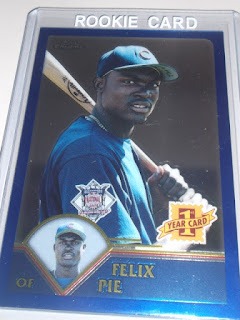 The Freak!Back to back Cy Youngs In '08 and '09. Four time All-Star.Then things took a turn for the worst with trips to the DL mixed In with a couple of back to back losing seasons.Add to that the marijuana controversy and this once brilliant Tim Lincecum Bowman Chrome RC has lost alot of that shine. 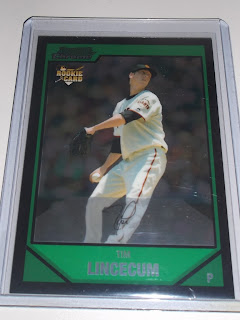 Uh-Oh,another Cubbie!So that's Dwight Smith ,Felix Pie and now  the infamous finger pointer- "I did not inject myself with any  kind of PED's whatsoever.......I couldn't reach so I let my friend do It for me :) " This guy put up numbers that could have landed him in the HOF three years before he ended his major league career.I say let him In.Let them all In,damn it! 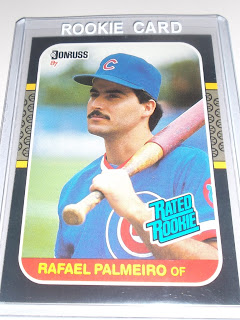