2001 Was Michael Jordan's second to last year In the NBA.While It was far from a rejuvenated Mike on the court ,occasional flashes of the old Jordan and his trademark fade-aways would occur sporadically.His comeback gave fans yet another chance to see the  graying legend do what he did best on the hardwood floors of basketball towns and cities everywhere!So when  he brought his show to Toronto,a couple of hours away from where I resided,going to the game  was a no-brainer.Not to mention the fact that Vince Carter,one of my favorite players at the time,would also be there and having both Jordan and Vince on the same floor was going to be monumental!I found It funny that the Raptors program featured  Michael Jordan  on the cover!It goes to show that even at that stage of his career,Jordan was still bigger than the game.I made sure to snag one up because they were going fast,and on the way out of the game I picked up this awesome Vince Carter bobble head! 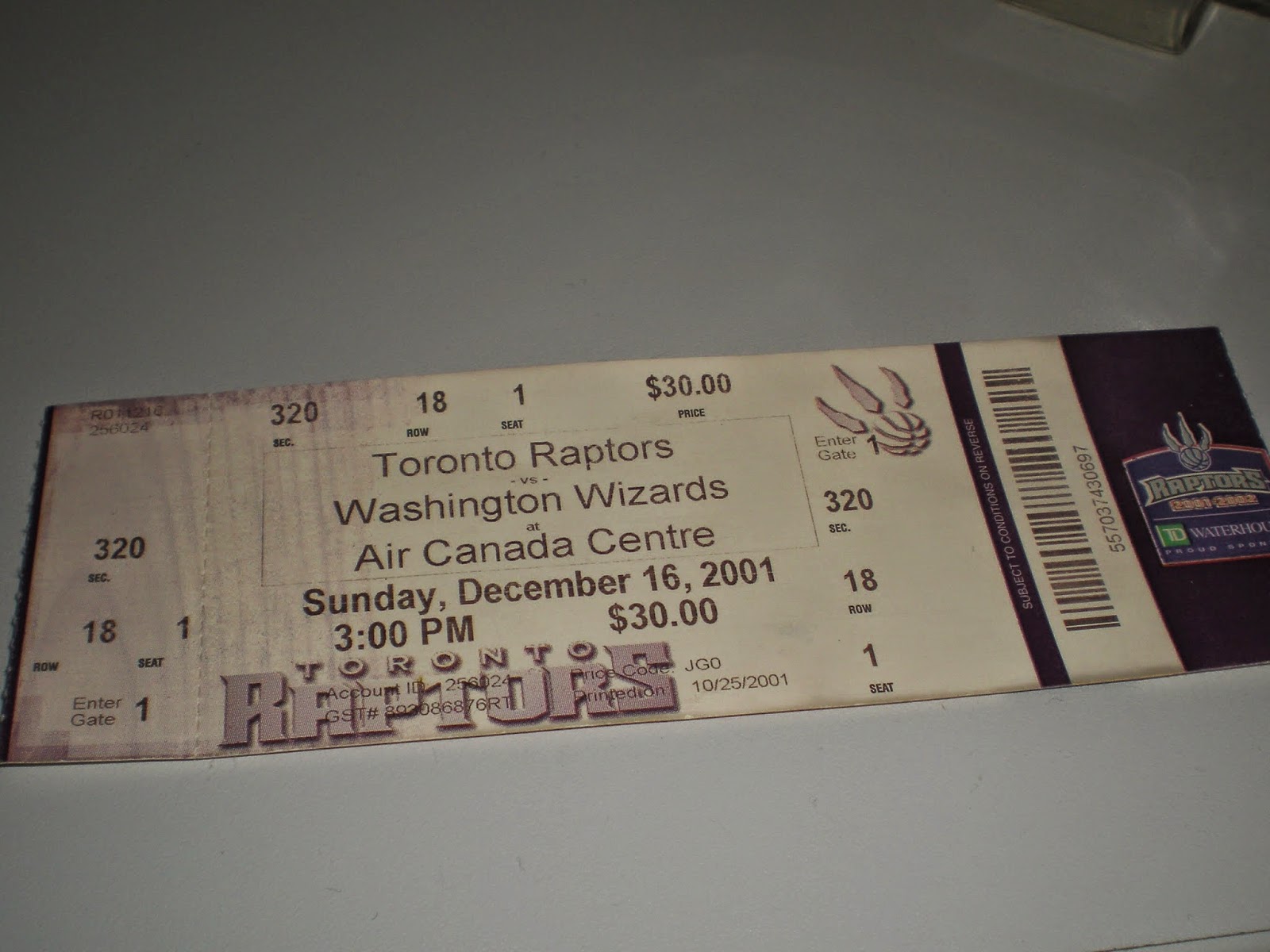 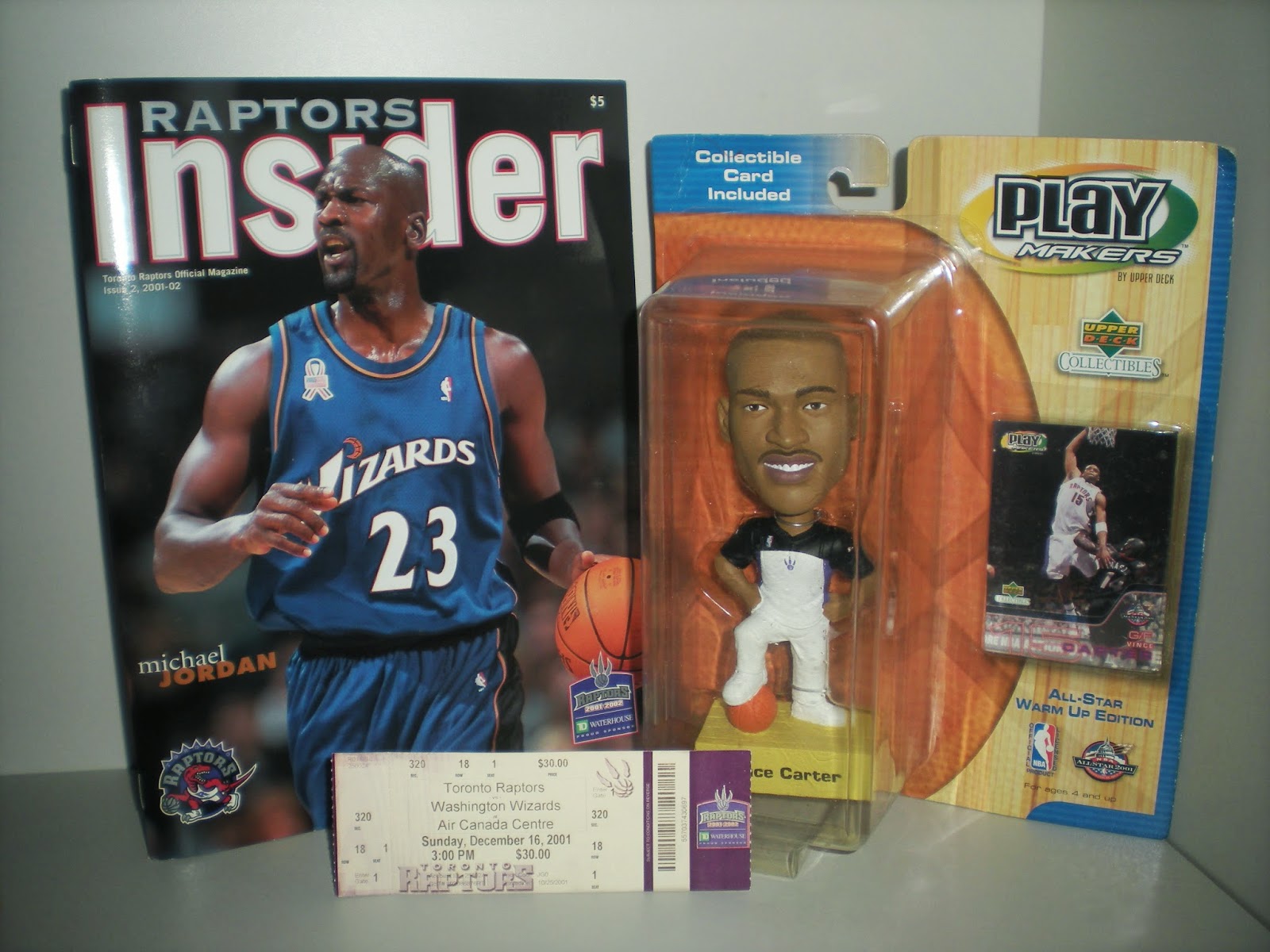 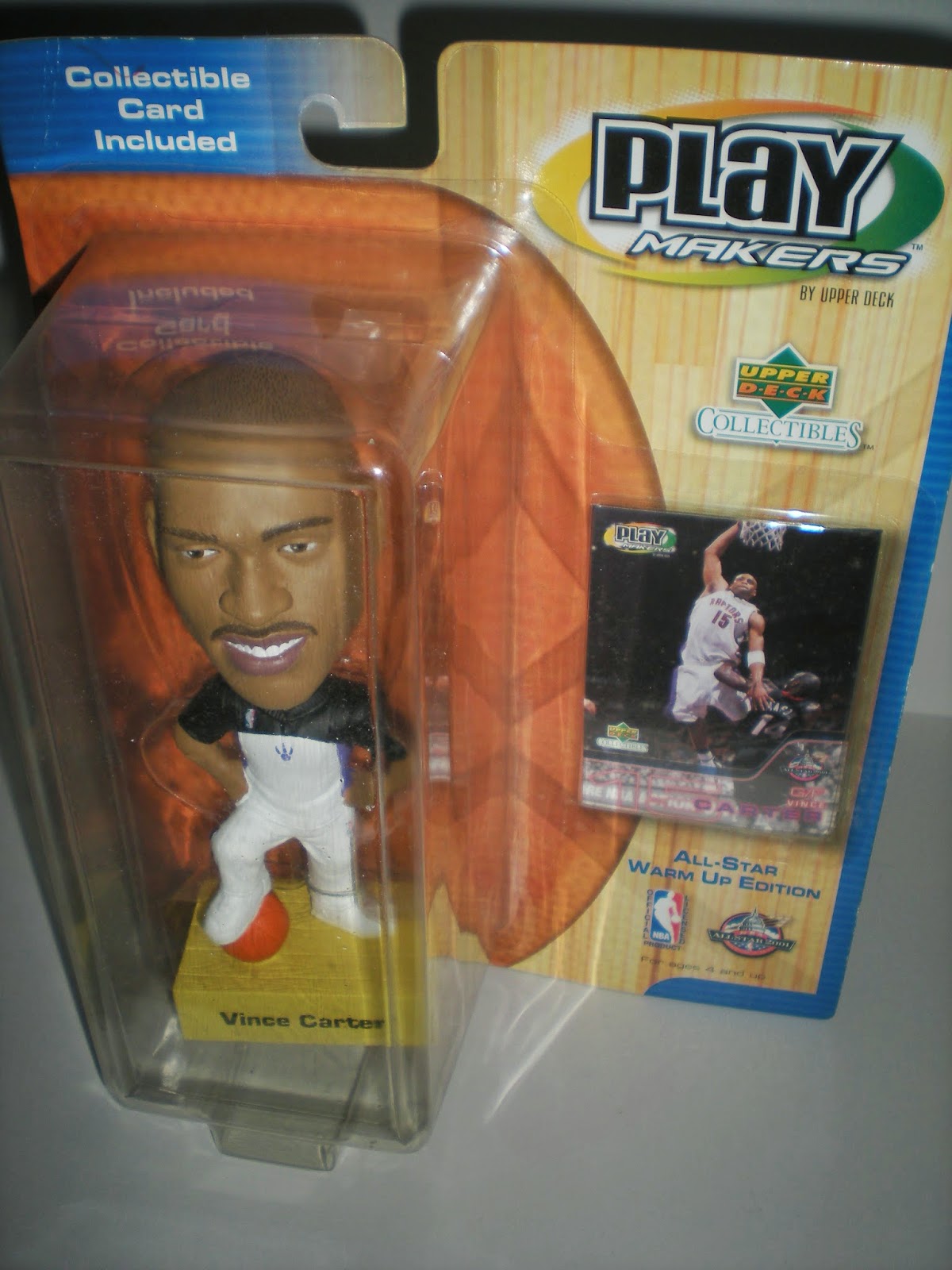 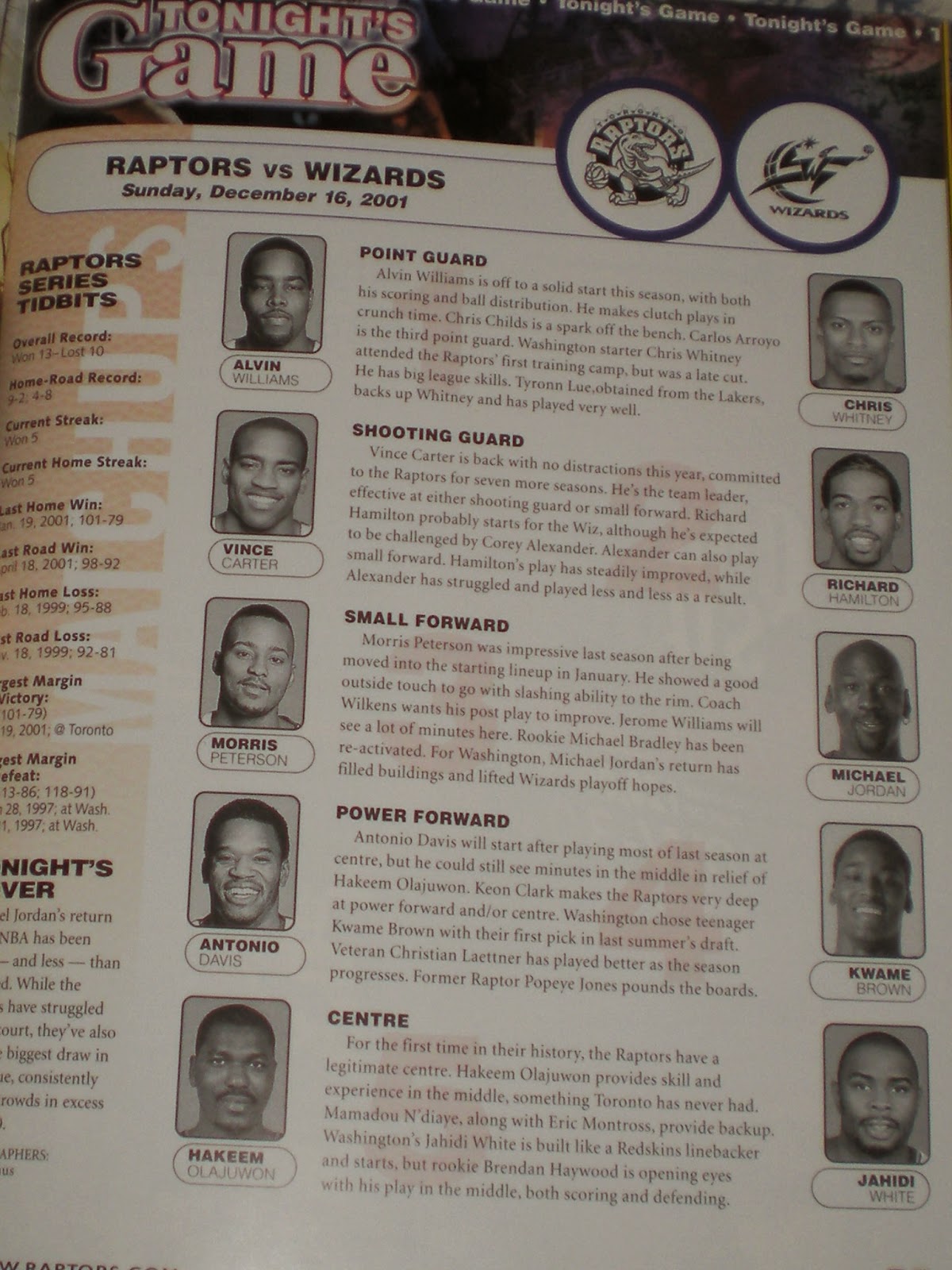