Hey everybody!It's been almost 3 months since I've posted anything here on the sports pub.With the Mets toiling ,suffering injury after injury and chasing the Nats all season long,baseball hasn't been the focal point It's been In the past.As a result,this blog has been pretty dormant.I also started to get the feeling that I was jinxing my team and certain players that I'd post about. Every time I get excited about a player,I make It a point to snag up at least one of their rookie cards or autograph cards.Then something began happening. Immediately after my posts went up,these players began experiencing horrific slumps and/or  injuries. Regular readers know how much I love Familia,so much so that I had to pick up his  auto card .He ended up getting injured and never putting It back together again. 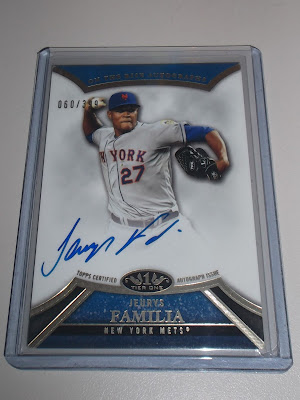 He'll be lucky to get his closing job back next year.Remember Matt Duffy?Played for the Giants .Finished second In the 2015 ROY voting .Is with Tampa Bay now.Yeah,he started to suck right after I got his serial #'d Panini rookie card In the mail. 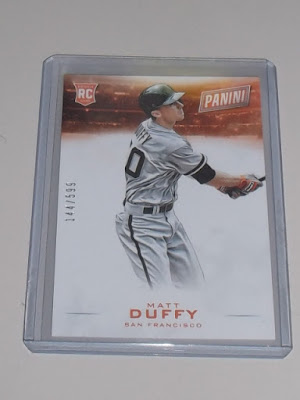 And then there's Ezekiel Elliott.I feverishly sought out his cheaper priced rookie cards and even went a little over budget on his Optic Panini Donruss card.And then came the suspension. 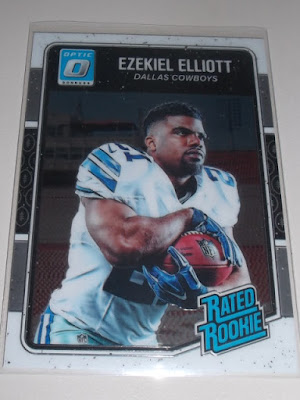 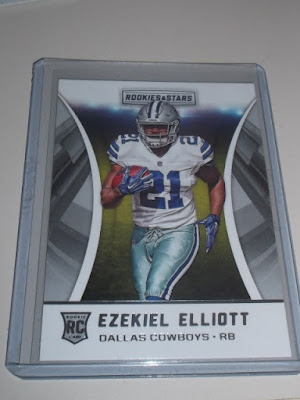 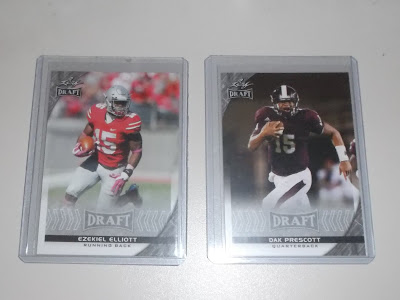 I'm telling you It's the Sports Pub curse!I guess I'm not allowed to get excited about a player anymore because that will only ensure their demise.WAIT A MINUTE!I'm rooting against the Yankees in the playoffs but I really like Gary Sanchez ...... 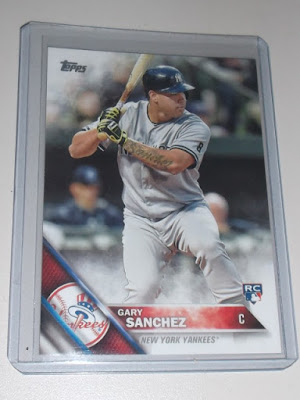