I bought alot of 89 Score as a kid. Those little plastic bag-like packs they came in were fun to rip into. I damn near had an entire set If my memory serves me right, but I can't remember ever having this card. Paul Molitor is one of those players I wish I could have seen more of. I think that's why I enjoy his cards so much. Judging by  his numbers , the guy was solid! This is a great looking card. The borders match the Brewers uniform color nicely and the photo captures a locked- in Molitor probably roping a double into left-center. 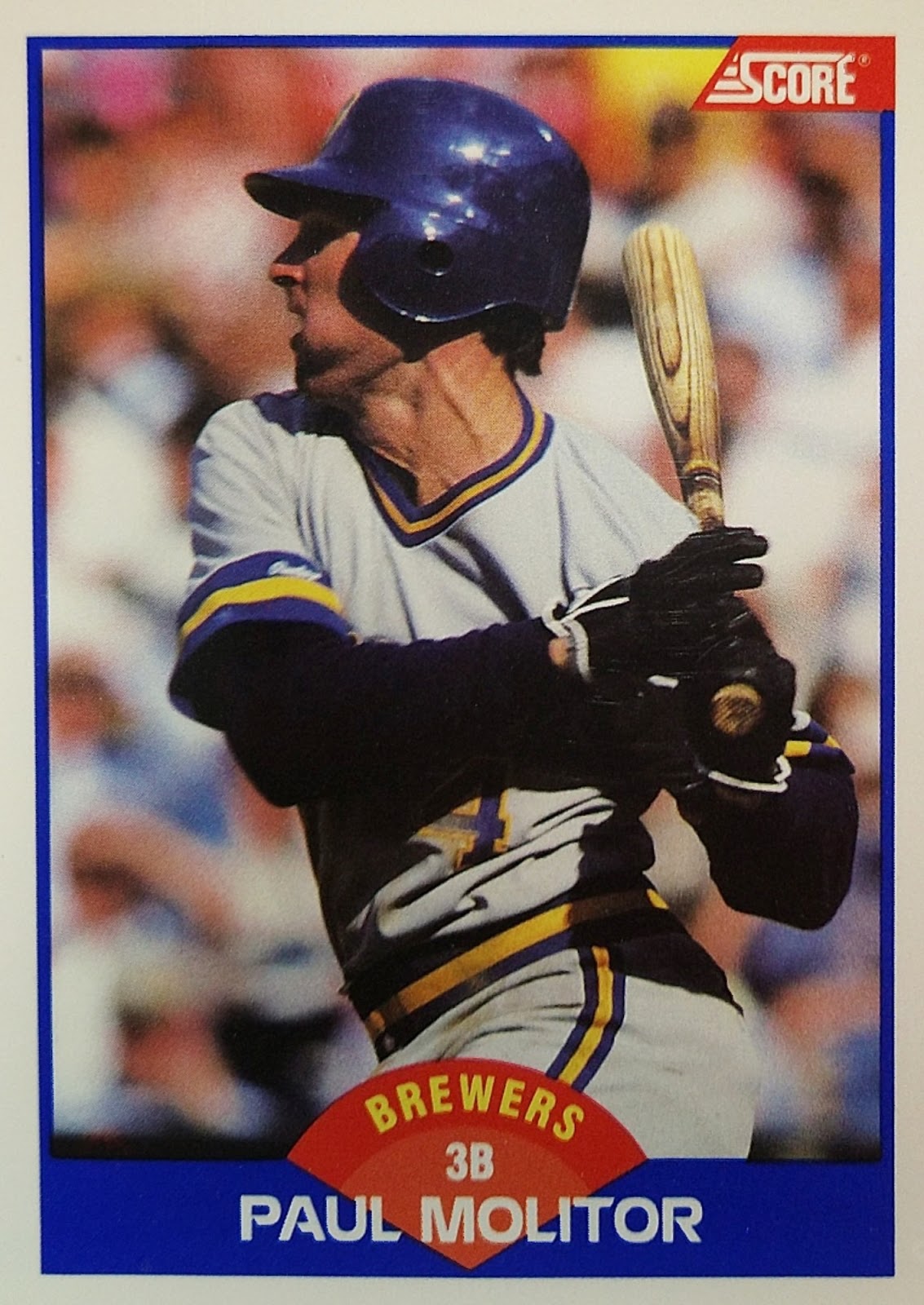 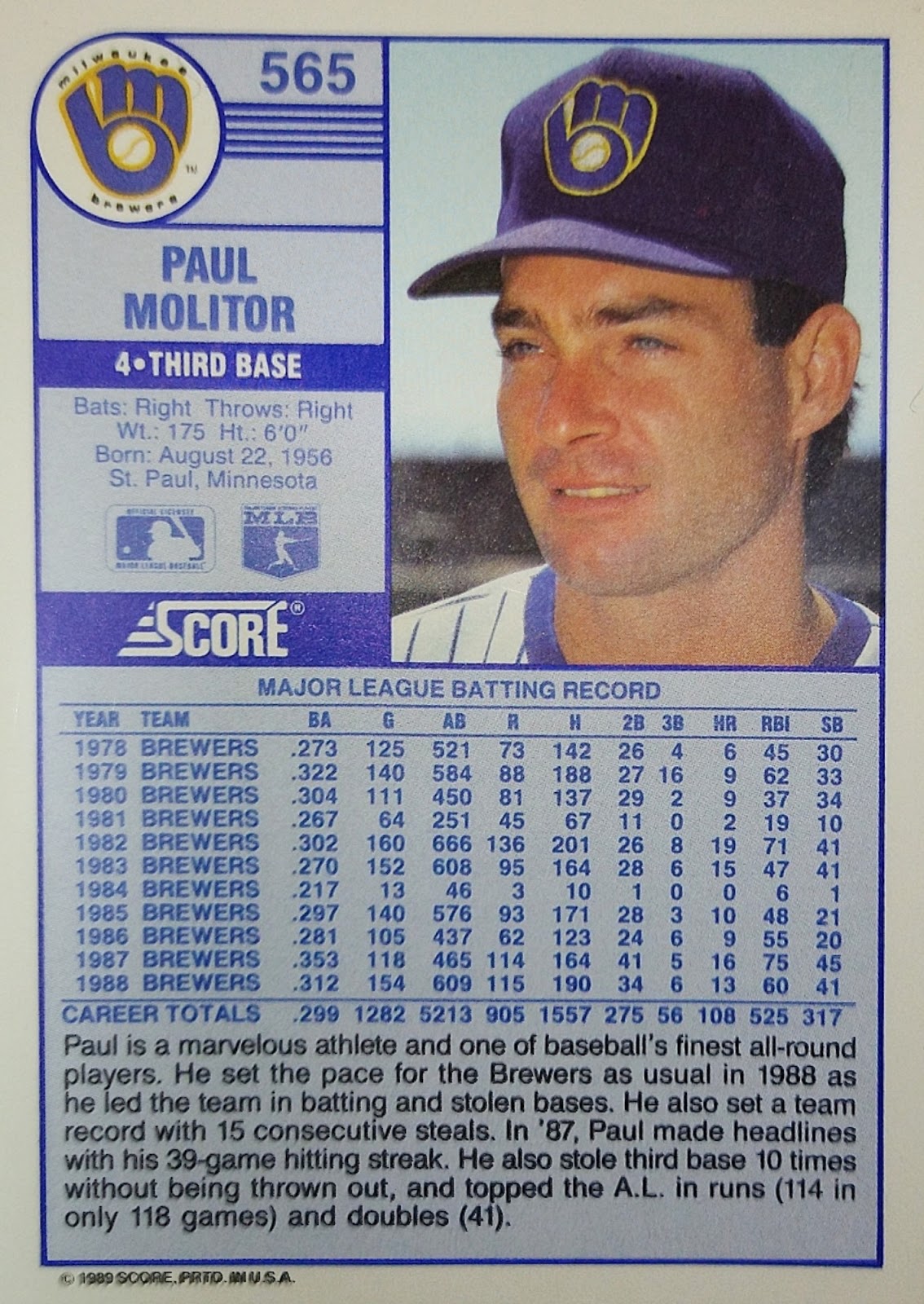 There's nothing like spending a quiet Tuesday night sleeving cards and listening to 80s soft rock. It's a great alternative to watching crappy primetime television and mindless movie streaming. I scored this complete set of 1989 Score for a measely 5 bucks on eBay, shipped! It's been tucked away underneath my bed for a couple of months now so I figured I'd crack the box open and throw a few of my favorite cards from the set into toploaders. Throughout these next couple of weeks I'll be showcasing those cards. 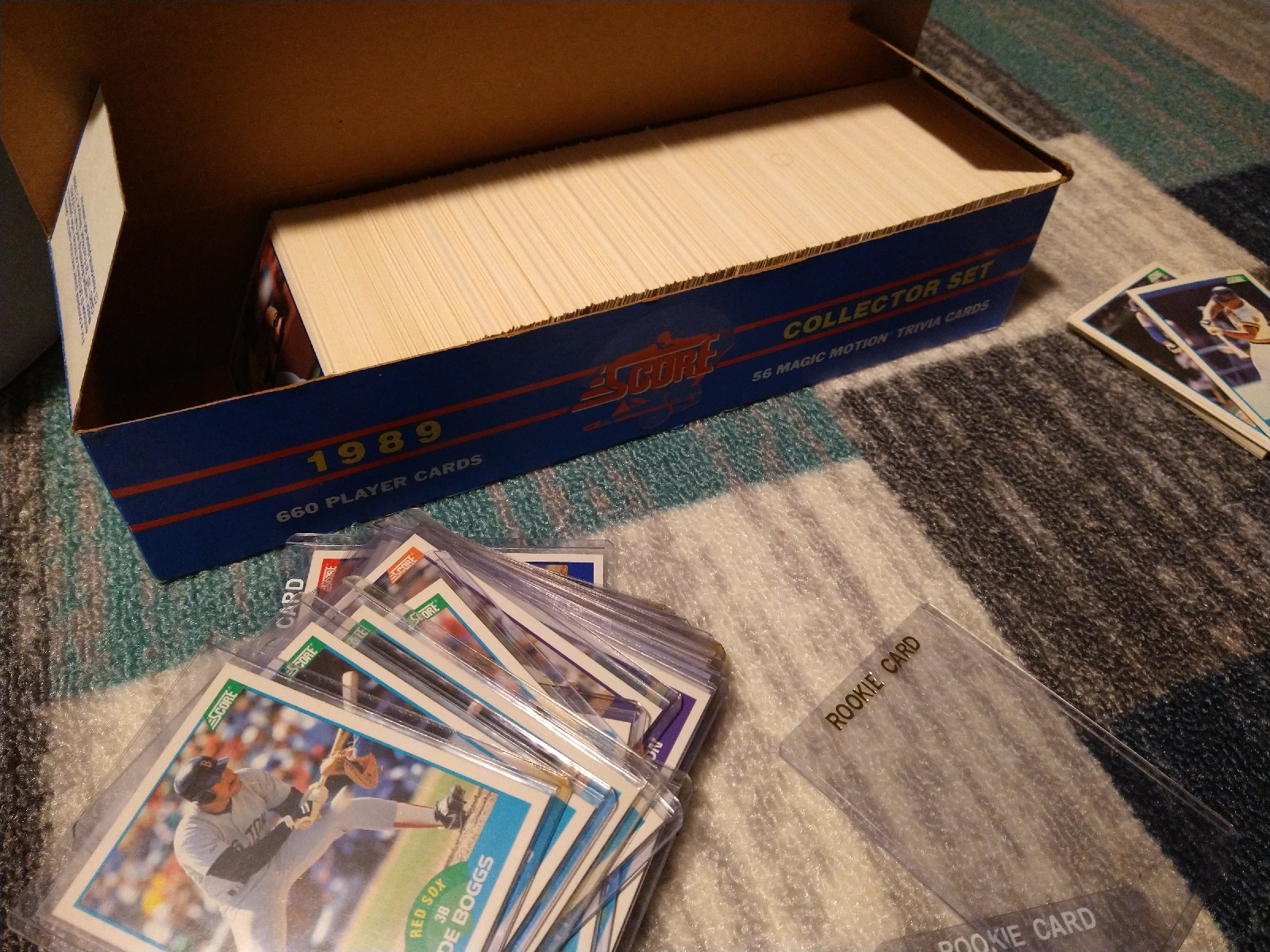 Important Cards From My Childhood

It's been almost a year since I've posted anything on this poor little sports-card blog of mine. Funny how the prospect of  shoveling out of a foot of snow can be just enough of a stressor to get the creative juices flowing again.  I figured a post about an important childhood baseball card was just what I needed to get my mind off of things  and hopefully get the ball rolling again here at the pub. Plus, baseball is super heavy on the mind right now and the season can't start any faster. So here we go... 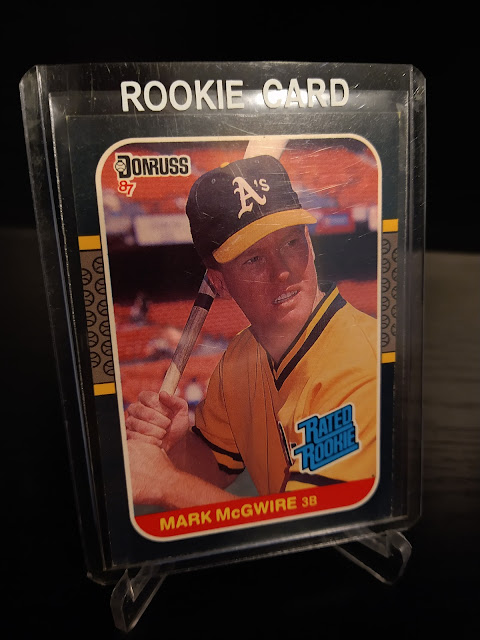 By the time I started collecting cards as a kid McGwire was already In his third year In the bigs and making waves.  We knew how important this card was and would often use It to draw interest from possible trade partners. I distinctly remember my buddy Doug waving this card in my face hoping I'd trade away my 1990 Upper Deck Kevin Maas for It. Wasn't happening. I thought Maas would most certainly become the better player. I thought wrong. McGwire would go on to break the single season homerun record and Maas would have to watch from the sidelines as he lasted only 5 years In the majors.
Posted by Big Tone at 4:30 PM 2 comments:

My deepest apologies to those of you who expected  this post to be about a pudgie  pudgy, Mexican American paint-master who had the habit of looking up to the heavens before delivering pitch after filthy pitch. The  "Fernandomania" I am referring to  happened In 2006-07, when the Mets were mashing and pitching  on all cylinders. For the first time in what seemed like forever, the kings played In Queens (literally, Reyes means kings In Spanish) and not the Bronx. A young Dominican GM named Minaya was pushing all the right buttons. A combination of quality trades, timely moves and Minaya's scientist-like ability to create good chemistry  had Mets faithful thinking dynasty! Now I could sit here and tell you about that teams veteran star power until we're  orange and blue In the face. Delgado, Beltran, Reyes, Martinez,Valentin etc. Latino heavy? Yes! I remember watching a game with my dad and thinking out loud "This team needs more white guys In the lineup." Reggeaton laden walk-ups were prevalent. The culture was set  and Minaya sought to continue this trend by calling up  two highly touted Dominican  prospects, Carlos Gomez and Fernando Martinez. Both were great minor league players. Gomez would get his first crack at big league pitching In 2007 but Martinez was still raw, physically underdeveloped and got the kid gloves treatment, ultimately getting the call in 2009. Both were solid minor league players but It was the sweet swinging Martinez that got most of the praise. The raw lefty drew comparisons to ,wait for it, Ted Williams. (O.K. I don't have any sources but I'm pretty sure I heard or read that somewhere.) A young Manny Ramirez from the left side. The golden child! A new Fernandomania would ensue and prospect card values of the young phenom would skyrocket! Unfortunately, things never worked out for Martinez. I'm not sure what It was. Some say he was rushed into the big league spotlight. Others say he just never had It to begin with. As his numbers, playing time and overall hype declined, so too did his card prices. The image you see below Is of a personal grail card that I thought I'd never own. If anybody out there still has their 2008 Beckett price guide, I would love to know exactly how much this card was going for at the time. I'm thinking It was somewhere In the $40 to $50 range.  I picked this one up for just under $7. I probably should have just bought an 1981 Topps Valenzuela rc , It sells for about the same price.

Starting Lineup Figure Of The Day 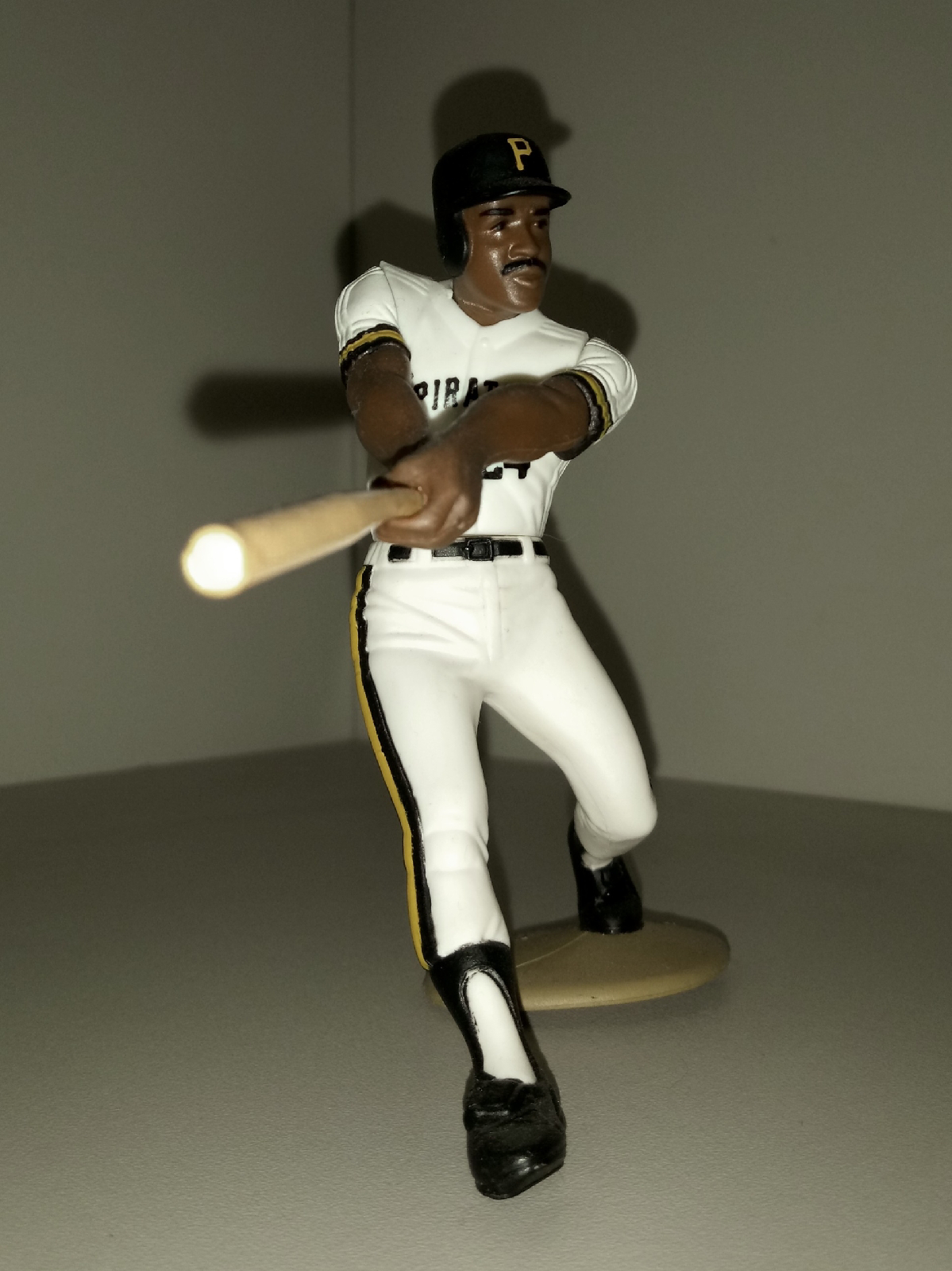 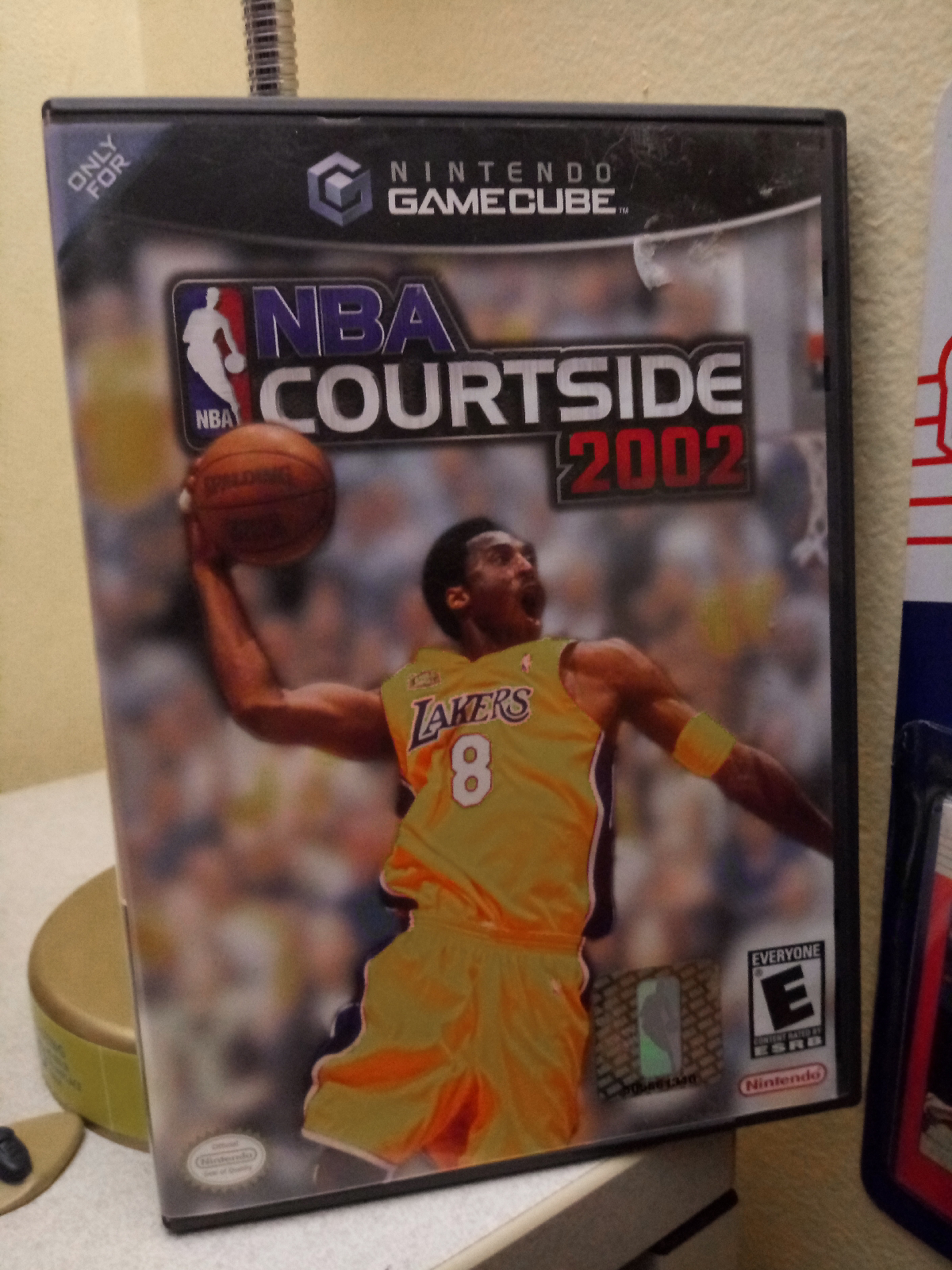 I don't know about you but as a kid ,the sound of  Baseball Tonight bumper music playing In the distance meant It was time for me to plant my butt in front of  our living room television set to get filled In  on whatever It was that took place In baseball that day.Of course ,without the internet and the never ending stream of instant sports news and media,there was always that void.That space between the morning edition of Sportscenter and Baseball Tonight .Both shows gave you ample  information on the goings on In baseball that day ,but none of It was tangible.One had to rely solely on memory to run back last nights episode to   anyone who may have missed It.
So what did an 80's kid living In an internet-less world  do to get the 411 on his favorite team? I present to you ....the newspaper! 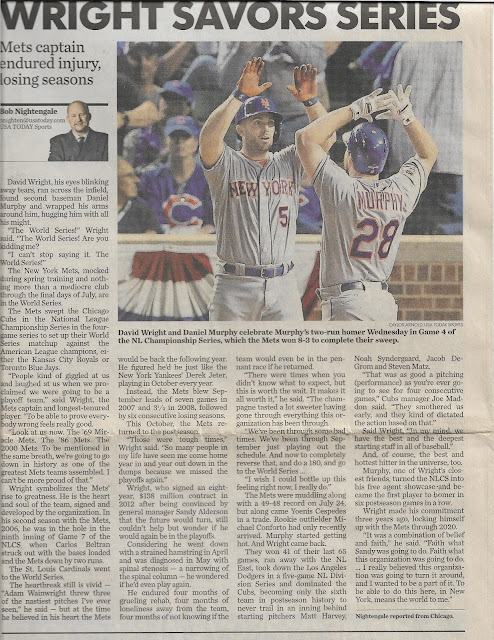 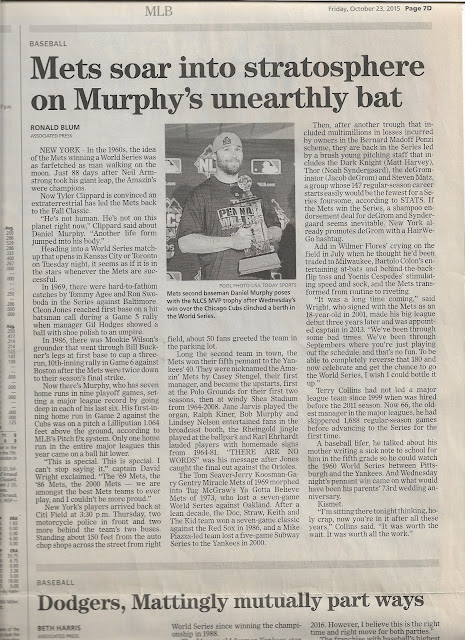 When was the last time you picked up the newspaper to check out the sports section?